It has been a fantastic week out at the Lesser Slave Lake Bird Observatory! The migration flood-gates opened and we observed heavy overhead migration every day. The primary migrants were chipping sparrow and clay-coloured sparrow and in one single morning around 5000 chipping sparrow were seen flying by. Not only were birds moving in high numbers, but they were moving in tremendous diversity. On several days of the days this week we saw over 60 species a morning, including lots of rose-breasted grosbeak, western tanager, Baltimore orioles, Tennessee warblers, least flycatcher, and American redstart. 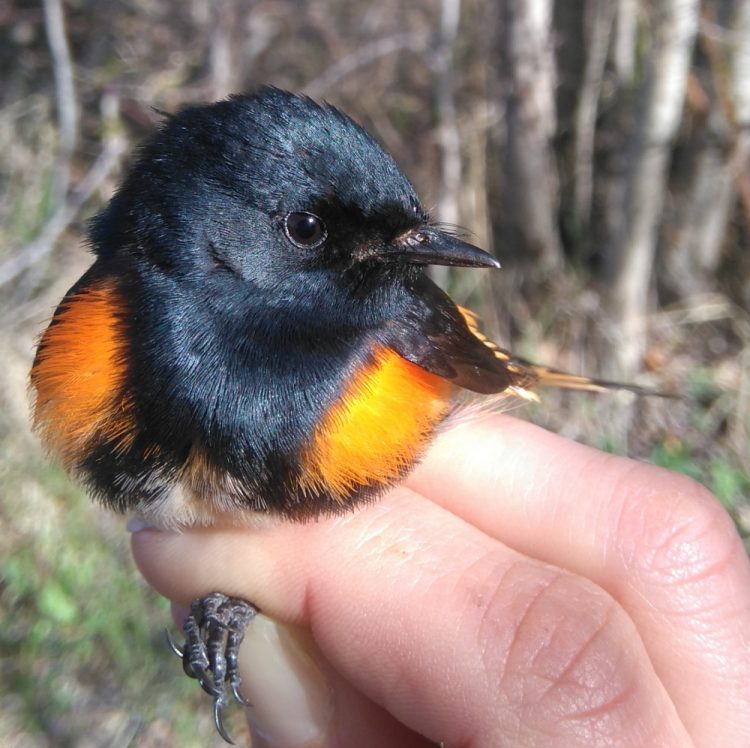 Amidst the heavy migration, we were lucky enough to see a few of the more uncommon species of warbler like Cape May warbler and blackpoll warbler and even managed to catch a gorgeous adult male bay-breasted warbler. Another banding highlight was capturing a Cooper’s hawk. Cooper’s hawks are a member of the accipiter family (short-winged, forest hawks) and they are the size between the small, commonly caught sharp-shinned hawk and the large, uncommon resident species the northern goshawk. The northern edge of their range is around Edmonton, so they don’t often show up in our area and this Cooper’s was the third captured at the observatory and the first I’ve banded. 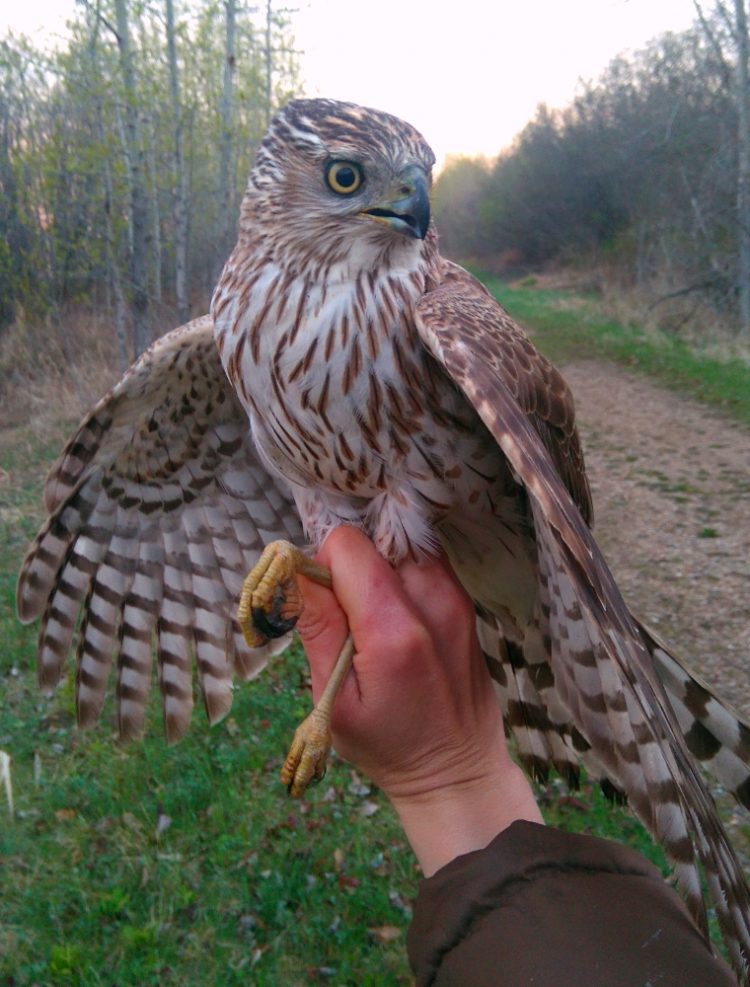 As if this week could get more awesome, we also ran our Great Canadian Birdathon on the 22nd and had a phenomenal birding day! If you missed my explanation in a previous article, the Great Canadian Birdathon is the longest running fundraiser put on by Bird Studies Canada. The premise is that birders pick a day in May, get sponsors, then go out and try to find as many species as possible in a 24 hour period. We originally picked the 24th, but the weather forecast was calling for high winds and rain so we moved in up by two days and we are so glad we did! We started our day at the Observatory (since we still had to work) and managed to see 82 species including a few really unusual birds: black tern, mourning dove, northern goshawk and barred owl. 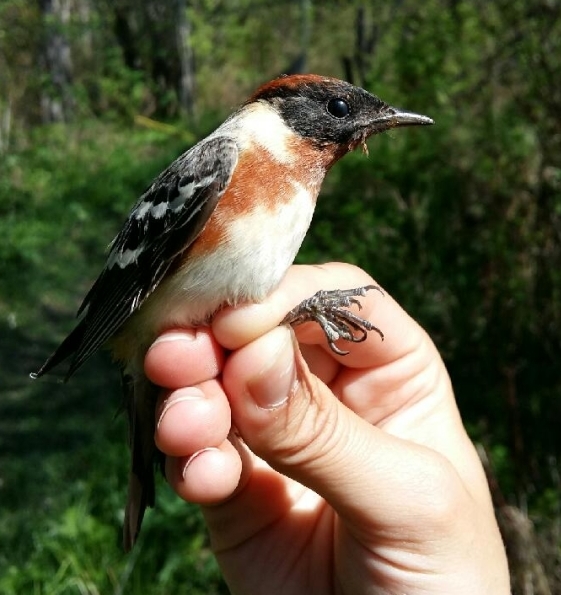 After shutting down the nets, we headed out to do some pond hopping (after a brief stop at the Boreal Centre for the eastern phoebe that nest there). The giant pond complex near the Boreal Centre gave us a few expected water species and another really unusual bird for this area – a yellow-headed blackbird. A couple more ponds later we had found pretty much every water bird and swallow species and headed out of the Park to nine-mile point. At nine-mile we managed to find three duck species that are very uncommon outside of migration, northern pintail, gadwall, and cinnamon teal. With those three we officially found all the possible ducks for the first time in the 9 years we have been doing the Birdathon.

Nine-mile pond also yielded my favourite bird of the Birdathon, my very first American bittern! They are a species I have been trying to find since I first got into birding. Done with ponds we headed back to town and found a few more species on the bear trails. The last highlight bird was in Wayne Bowles’ backyard. We waited by his hummingbird feeder for a ruby-throated hummingbird. Didn’t find one, but did see a rufous hummingbird, a species that is supposed to be on the other side of the Rockies.

When everything was tallied at the end of the day we were amazed to see that we had found 125 species of bird! Our previous record was 117 and we never thought we’d ever see it bested. Go team! If you would like to donate to our Birdathon you still can! Just visit http://birdscanada.kintera.org/birdathon/teambanderawesomeness We and the birds thank you for your support.