After the last couple years of balmy Aprils, spring seemed slow to arrive in Slave Lake this year, but arrive it has. April may have greeted us with a very cold start and a mid-month dump of snow but the weather has springed up during this past week! Clear skies, calm air and lots of warmth has done away with most of the snow except in a few sheltered areas. 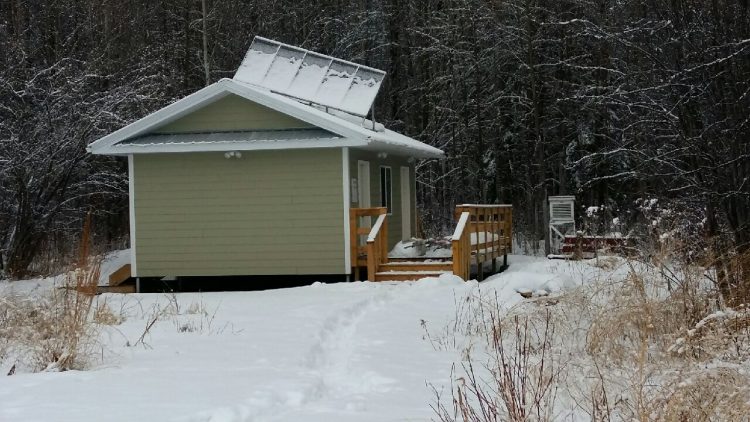 Monitoring site in the snow

2018 marks the 25th year of migration monitoring by the Lesser Slave Lake Bird Observatory and after days spent digging the site out of the snow we are off to a less than spectacular start. Overhead migration has been generally slow, with only a couple days of decent movement by American robin, slate-coloured junco, Canada geese, northern harrier and common redpoll. Banding has also been quite slow, especially considering many of the days it has been too cold to set the nets first thing in the morning when the birds are most active. A few birds have been captured though; the first bird of 2018 was an American tree sparrow, and then some junco, robin, sharp-shinned hawk and a single savannah sparrow were banded as well. The savannah sparrow banded April 20 was a definite surprise as typically we don’t see them until very early May. 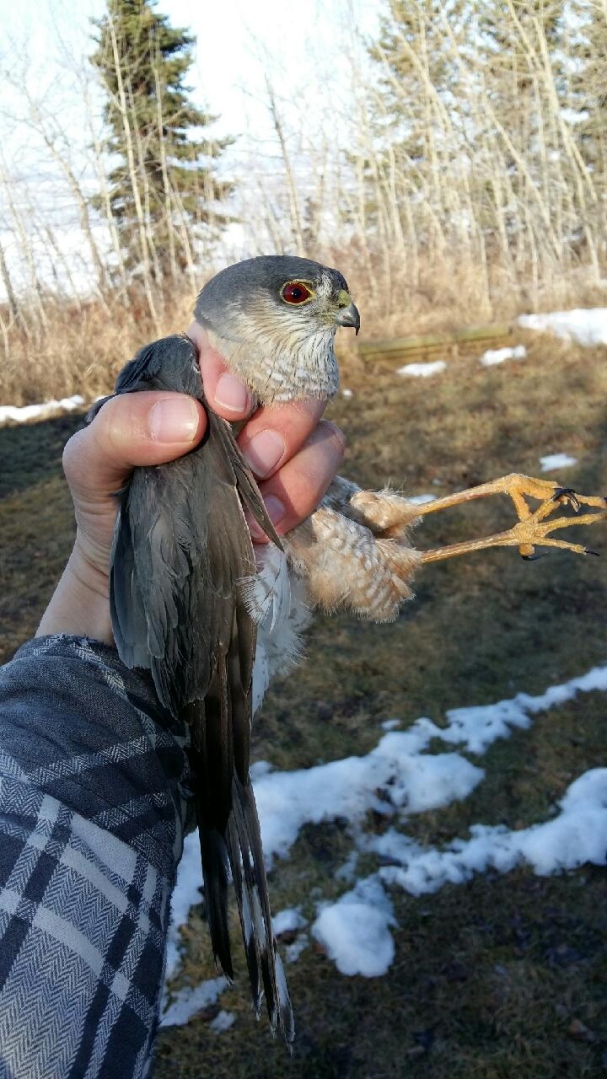 Besides the savannah, the number of redpoll observed is certainly worth noting. Most years we begin monitoring after the bulk of them have already left the area to their breeding grounds on the tundra. This year, because the heavy snow cover persisted well into April, the redpoll stuck around waiting for more favourable foraging conditions before pushing northwards. Once the snow did start to melt, however, they began migrating in earnest and thousands a morning coursed over. We had high hopes of perhaps catching some (only one has ever been caught at the LSLBO) but in their rush to get out of here, they stayed high in the sky and well out of the way of our nets.

Also happening again this spring, is the space robin project. ‘Space robins’ is just the pet name for an experiment that is part of the much larger ABoVE (Arctic-Boreal Vulnerability Experiment) project being funded by NASA. Researchers from multiple universities are conducting experiments on how various animals move through and use the boreal and arctic regions. Using satellite imagery of the landscape they are trying to create models and predictions about how wildlife movement and usage patterns have been, and will continue to be, effected by the changing climate. Our researcher is PhD student Ruthie Oliver from Columbia University in New York and this is her third April here with us. I have been helping her capture American robin so we can put GPS backpacks on them to track their northwards migration. The last two years have yielded a lot of data and we have learned that many of our robins travel a further three thousand kilometers past us to reach their breeding grounds. 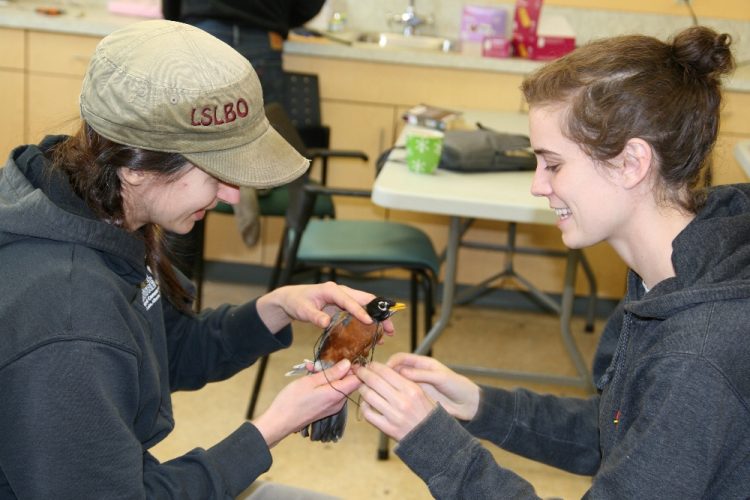