It was stop and go for a while but spring is definitely here now. The abnormally warm temperatures in early April allowed us to open the Lesser Slave Lake Bird Observatory for its 23rd year on the 15th – our earliest start date ever. This year, exactly as it has been for the last 12 years, Richard Krikun is our bander-in-charge. I am joining him for my eighth year as the assistant bander. Just like last year, we have a summer student coming out; we look forward to meeting Robin in a few days and getting to know her over the course of the summer. Perhaps the biggest change in staffing is that this year I am Nicole Krikun, instead of Linfoot. Over the winter Richard and I officially banded each other to become Mr. and Mrs. Bander.

We were bright-eyed and eager this year, certain that flocks of early migrants would be rushing north to capitalize on the early spring … Unfortunately that wasn’t the case, for the most part migration is unfolding as per the norm. It seems that even though some intrepid individuals of a few species made it here early, the bulk of the migrant are hanging back. This could be so that they are sure that they don’t arrive too early and get caught in an unexpected spring blizzard or it is also quite possible that although we have had unseasonably warm conditions, the areas that the birds wintered in could have experienced average conditions. Unfortunately for birds, they have no access to the internet and can’t check the weather for where they want to be, they can only know the conditions of where they are. The one major positive of starting so early, however, is that we got to see exceptionally high numbers of tundra swans. Usually the swans are mostly done migrating but the time we open and we see only the stragglers. Regardless of a slow start though, things are starting to pick up and new species are starting to arrive on a daily basis. 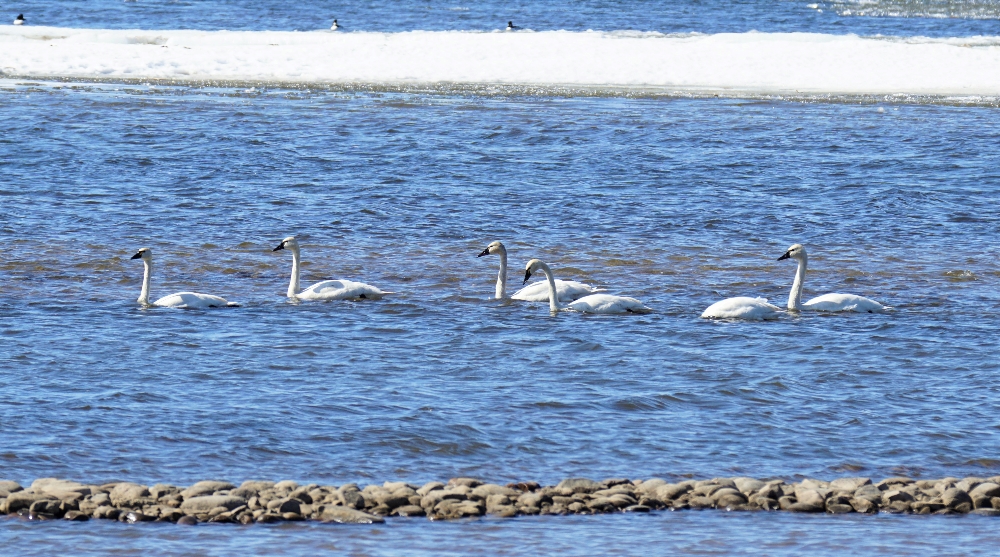 Tundra Swans in front of the banding lab

The banding side of operations was particularly hampered by several days of high winds and rain towards the end of our first week of monitoring. In two weeks only 26 birds have been banded representing 8 species. Slate-coloured junco, ruby-crowned kinglet and black-capped chickadees are the most commonly caught species. The banding highlight for Richard though was the very first bird of the year, a red-breasted nuthatch, his favourite species. 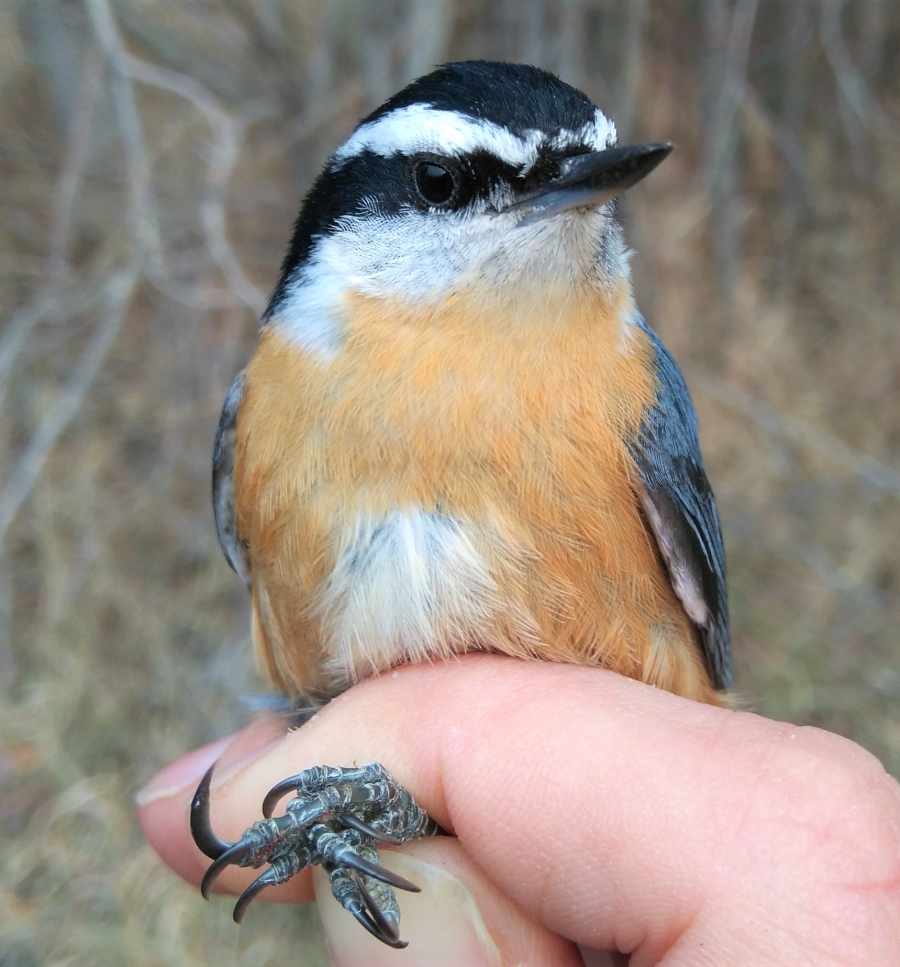 Aside from the early start there is another thing unique about this year. I am actually not at the lab quite yet. I am assisting a group of researchers from the University of Colombia to band migrating American robin and outfit them with GPS backpacks. The goal of the project, which is in collaboration with NASA, is to learn how robins use the boreal forest landscape during spring migration, where they ultimately end up breeding and how this is changing with the climate. To learn more about this project you can check out their blog http://earthobservatory.nasa.gov/blogs/fromthefield