It’s spring! Well it was spring and then winter came back, but spring will resurface… It always does. Regardless of the weather missing the ‘it’s spring’ memo, the birds got it. American robin, Slate-coloured junco, American tree sparrow, as well as tons of swans, geese and ducks have shown up in the Slave Lake region and once again the Lesser Slave Lake Bird Observatory will be monitoring their movements. This year, just like the past many, the Observatory will be staffed by Bander-in-Charge, Richard Krikun and myself, Nicole Krikun. Assisting us for her second season is Robyn Perkins, a local bird lover and recent graduate of the University of Alberta.

For anyone who is reading my article for the first time, and who hasn’t heard of the LSLBO I’ll explain a little bit about what we do. We are a non-profit, non-government organization that was established in 1994 with the mission of conducting standardized, long-term monitoring on migratory bird populations. Basically we go out every single morning in the spring and fall and count every bird we see or hear move through our study area. On top of the visual observations we also do bird banding. For that, we have a bunch of panel nets specifically designed to catch birds, set up in strategic locations throughout the surrounding forest. They are closed when we aren’t around or if the weather is poor, and opened during favourable conditions. We check the nets regularly throughout the morning and any bird we catch is banded, aged, sexed, assessed for condition and released. 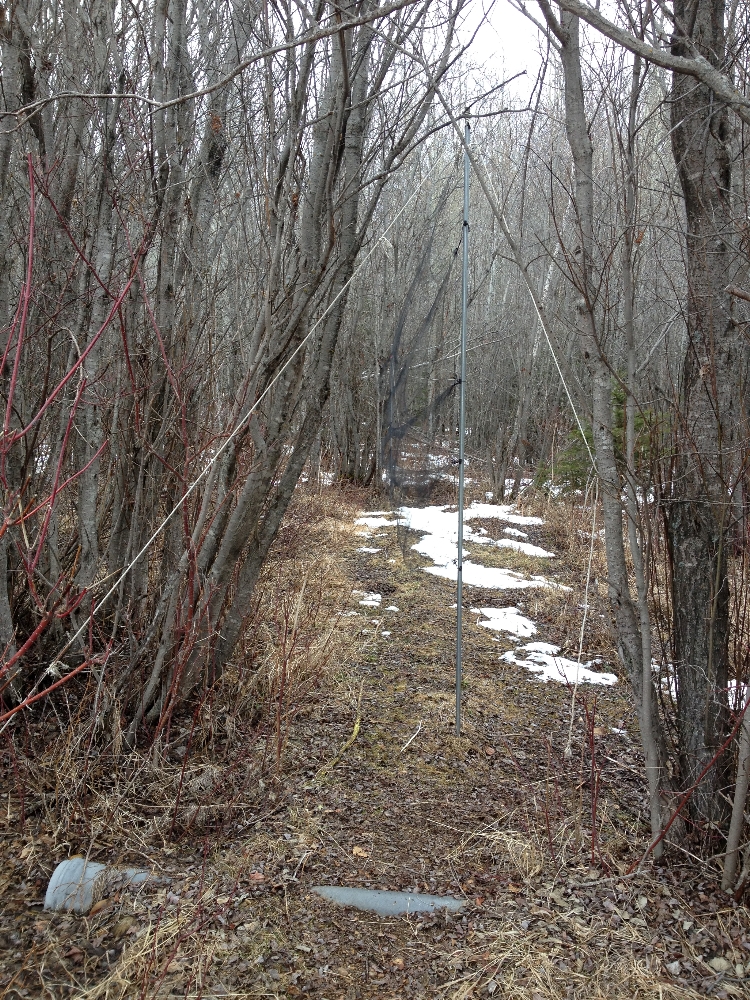 When we combine the data from the counting and the banding we get a daily total for every bird species encountered each day. These ‘daily totals’ are created for every single day and then the year-to-year totals can be compared and we can determine if bird populations are going up, down or staying the same over time. One way to think of us, is that we are the front-line of conservation. Organizations like ours are located all across Canada and the US and data from all these stations can be used to detect if there is a problem with bird populations. Only once a decline has been identified, can researchers do targeted studies to determine the cause of decline and ways to mediate it.

With the warm conditions early in April, we were able to open the Observatory really early this year – April 15 – which turned out to be right in time for the snow. With the cold mornings the nets haven’t been opened much, but over a dozen juncos have been banded as well as one ruby-crowned kinglet. Despite poor conditions for banding, many birds have been observed moving through the area including the afore mentioned juncos, tree sparrows and robins as well as our earliest (and most common) warbler species, the myrtle warbler and a few fox sparrows. As far as the larger species go, we’ve seen sharp-shinned hawk, northern harrier, Canada geese and a few flocks of tundra swan. 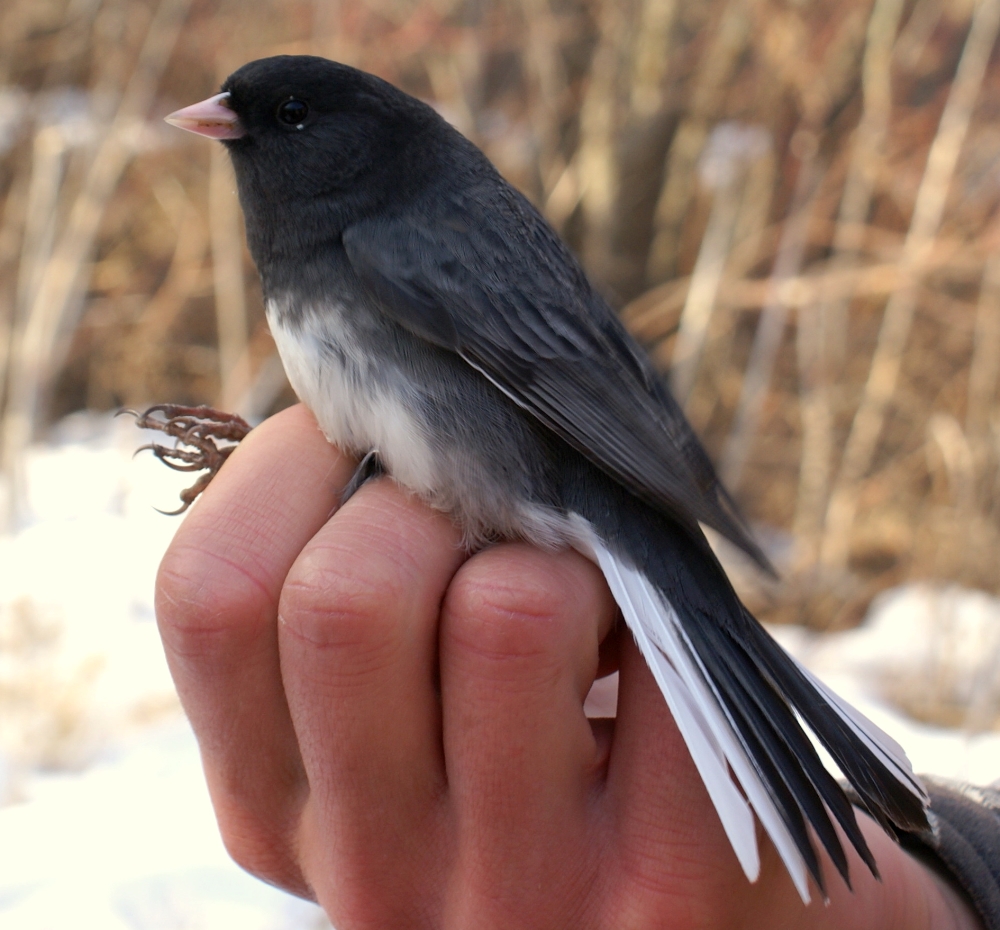