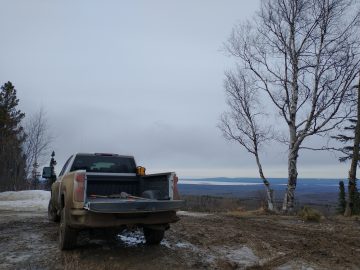 Above: Roadside owl survey being performed near the Flat Top lookout. The yellow box is a speaker that projects a set playlist of potential owl species’ vocalizations. so researchers can detect them

Beginning in March and wrapping up this week, the Lesser Slave Lake Bird Observatory completed roadside owl surveys as part of a collaborative project with Strix Environmental Consulting on behalf of West Fraser. These surveys involve driving out to predetermined locations and listening for calling owls, as well as playing recordings of different owl songs, which can sometimes provoke a reaction from otherwise silent owls. While it is important for the purposes of these surveys to use this kind of playback, playing recordings of owl species can disrupt breeding owls and is strongly discouraged unless it is done carefully for research purposes.

Since many owl species are predators that rely on mature or old growth forest as nesting habitat, owls are good indicators of an ecosystem’s health. If owls are present, then the forest is mature and healthy enough to support both these avian predators and the prey species they feed on (often voles, mice, and small songbirds); if owls are absent, then the forest must not be able to support either. However, many owl populations also fluctuate dramatically from year to year in response to natural variation in the numbers of the small mammals they eat. For this reason, these surveys were performed locally every three years as part of the third phase a monitoring program initiated by Weyerhaeuser in 1999 and gaining support of many forestry companies before monitoring was halted after 2013. During surveys this year, many common owl species have been detected as well as one Northern Pygmy Owl – an exciting find for this part of Alberta, as they are generally found in more mountainous regions of the province. 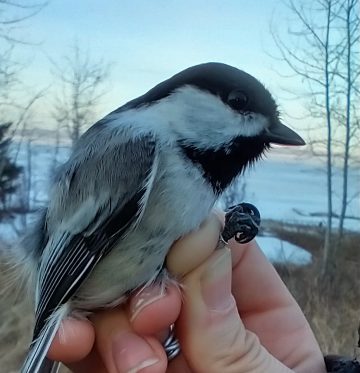 Above: The first bird captured during spring monitoring 2021 – a Black-capped Chickadee originally banded 2020.

Owl surveys take place both during the mid-afternoon, to detect owl species that are active during the day, and at night. During the nocturnal surveys, it is possible to hear songbirds and waterfowl migrating overhead as they take advantage of the cover of darkness to make their long flights north to their own breeding grounds. On the ground, you may have already noticed early migrants such as Slate-coloured Juncos, American Tree Sparrows, and American Robins feeding and resting on lawns and bird feeders; while on rivers and wetlands, various duck species can be found.

With the arrival of our early migrants, the LSLBO began our spring migration monitoring program on April 17. Although cold mornings have hampered our ability to safely capture birds and we were often forced to keep the nets shut, we have managed to capture three birds. The first two was a pair of Black-capped Chickadees that were banded within two weeks of each other in 2020, and then recaptured frequently, while the third was an American Tree Sparrow. 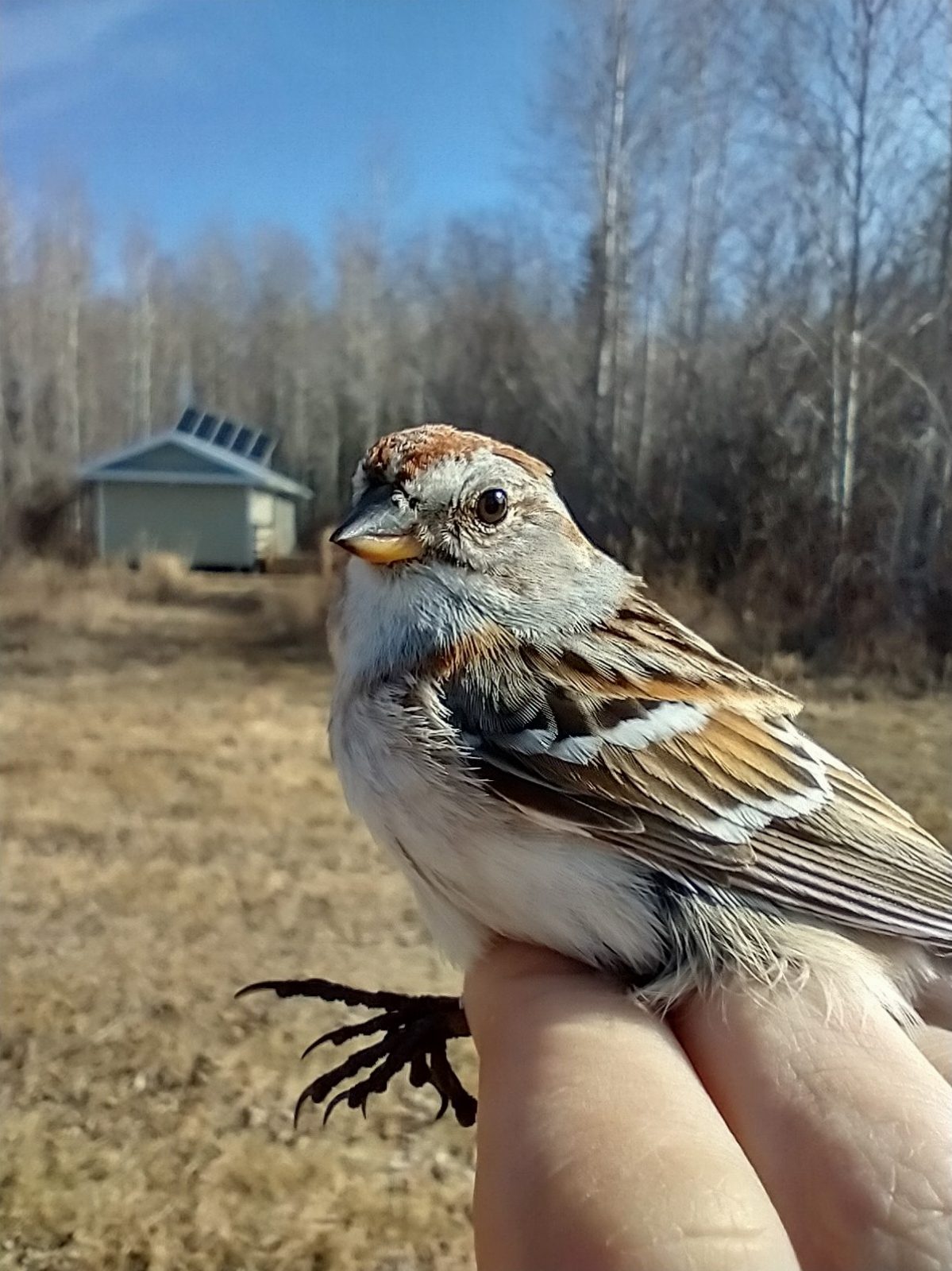 Above: The first bird banded of 2021 – an American Tree Sparrow.

Sadly, due to the ongoing pandemic, the LSLBO will continue to be closed to the public during the spring migration season. However, we look forward to sharing information on our activities and the birds we see, both through these articles and the LSLBO Facebook page!