Over this past week we have been seeing more species every day, but it still feels as though migration is taking its time getting started. Canada and white-fronted goose have been seen on most mornings moving over in large flocks, and on a couple days there was decent migration of sandhill crane as well. Raptor observation such as northern harrier and sharp-shinned hawks are daily increasing, but songbird observations are still pretty low. Myrtle warbler are starting to move, as are American pipit, Lapland longspur and blackbirds or various species. As is natural, the more new migrants we start the see, the less we see of the early migrants. American robin, slate-coloured junco, American tree sparrow and common redpoll have slowly, but steadily, petered out over the week.

Speaking of American robin, last week I wrote about Ruthie Oliver who is up from Columbia University for a third year of tagging robins with GPS backpacks. Unfortunately this year is not going as well as the last two years. Many of our species-specific projects involve catching birds on the breeding grounds which is relatively easy if a person has a good understanding of bird behaviour. Once male birds have staked out a territory they will defend it tirelessly against other males of the same species. So all we have to do is find a bird singing on territory, set a net and then play a recording of that bird species’ song and the target bird will swoop in to attack the ‘intruder’ and get caught in our net. 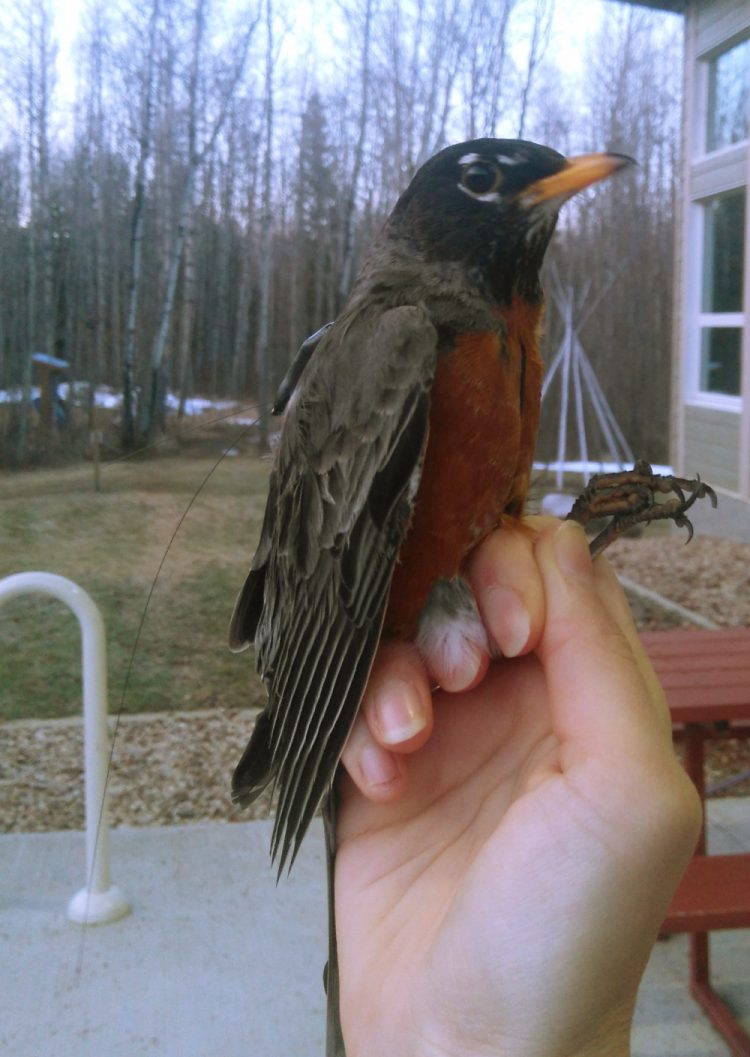 This project, though, is focusing on migrating birds because Ruthie wants to track their migration through the boreal forest and see how they use the landscape while on the move. Being that they are not on territory we have no solid way of attracting/catching these birds so we have to rely entirely on being in the right place at the right time to catch them while they are stopped to feed. The large lawn areas around the Boreal Centre are generally very attractive to migrating robins; every year there are a few days in late April where hundreds of robins stop to feed on the lawn for an hour or two before continuing in their migration. Knowing there is a high probability of robins choosing this area as a stop-over site we have set nets all around it so we can catch them while they forage. The last two years we were successful, but this year we have not seen a single robin stop to feed here. I believe what happened is all the migrating robins got held up in Calgary and Edmonton mid-April when it was storming down south. The robins must have stayed there for a few days waiting out the weather and rebuilding their fat reserves before resuming migration. By the time they were able to migrate again they were well fed and probably felt no need to ‘stop for gas’ in Slave Lake and just flew right on over us. With the project ending in a couple days it seems likely that only three of the 27 GPS tags will be deployed this spring. 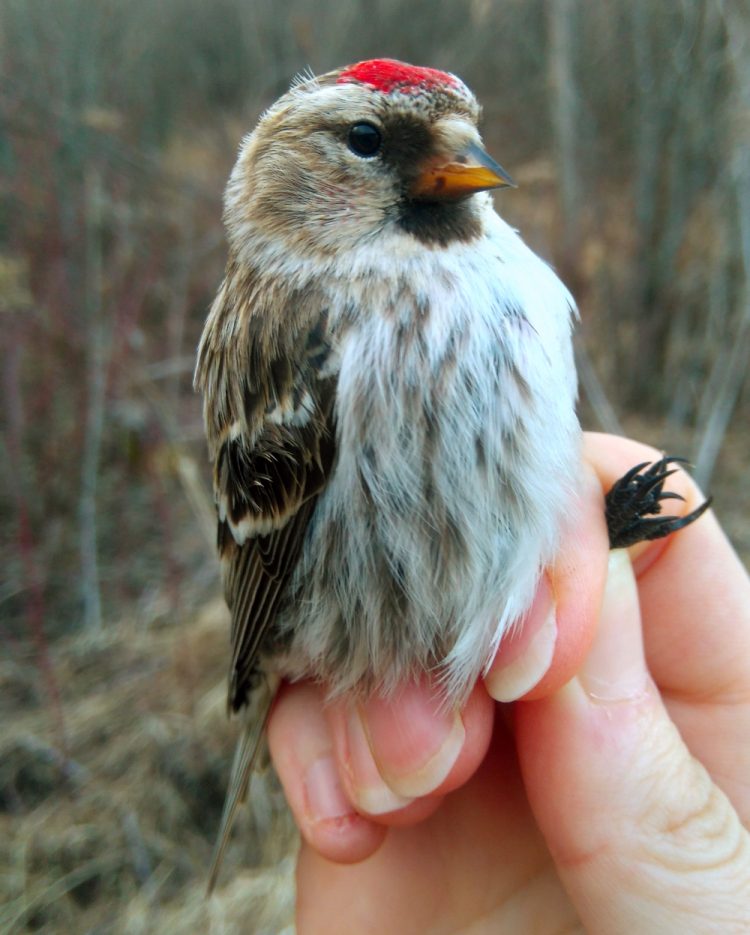 Well if that is the bad news, this is the good news: we banded not one, not two, but four common redpolls this past week. The common redpoll is now the 106th species to be banded at the LSLBO since the only other redpoll we have ever caught was a hoary redpoll.