Alright, I think I can say it now – spring is actually here (knock-on-wood). With typical spring weather returning this week bird activity has surged. We have new species arriving at the lab every day including winter wren, hermit thrush, Lincoln’s sparrow, yellow-bellied sapsucker, savannah sparrow and northern flicker. The ruffed grouse are drumming away and American robin and eastern phoebe are wasting no time and are already building nests and filling the mornings with their songs. The far-northern breeders like Slate-coloured junco, fox sparrow and American tree sparrow are slowly disappearing as they continue onward to the tundra. Greater white-fronted geese and sandhill cranes have been moving in increasing numbers and every morning we have new species of duck turning up on the lake like northern shoveller, northern pintail and blue-winged teal.

Many days this week observation totals for certain species reached the thousands of individuals, but unfortunately banding hasn’t reflected the quantity of birds moving through. There were a couple mornings of good banding when large flocks of juncos and American tree sparrows found the nets, but most days it has been just windy enough to force us to close nets. Still, a few new species have been banded this week including orange-crowned warbler, white-crowned sparrow, and song sparrow. 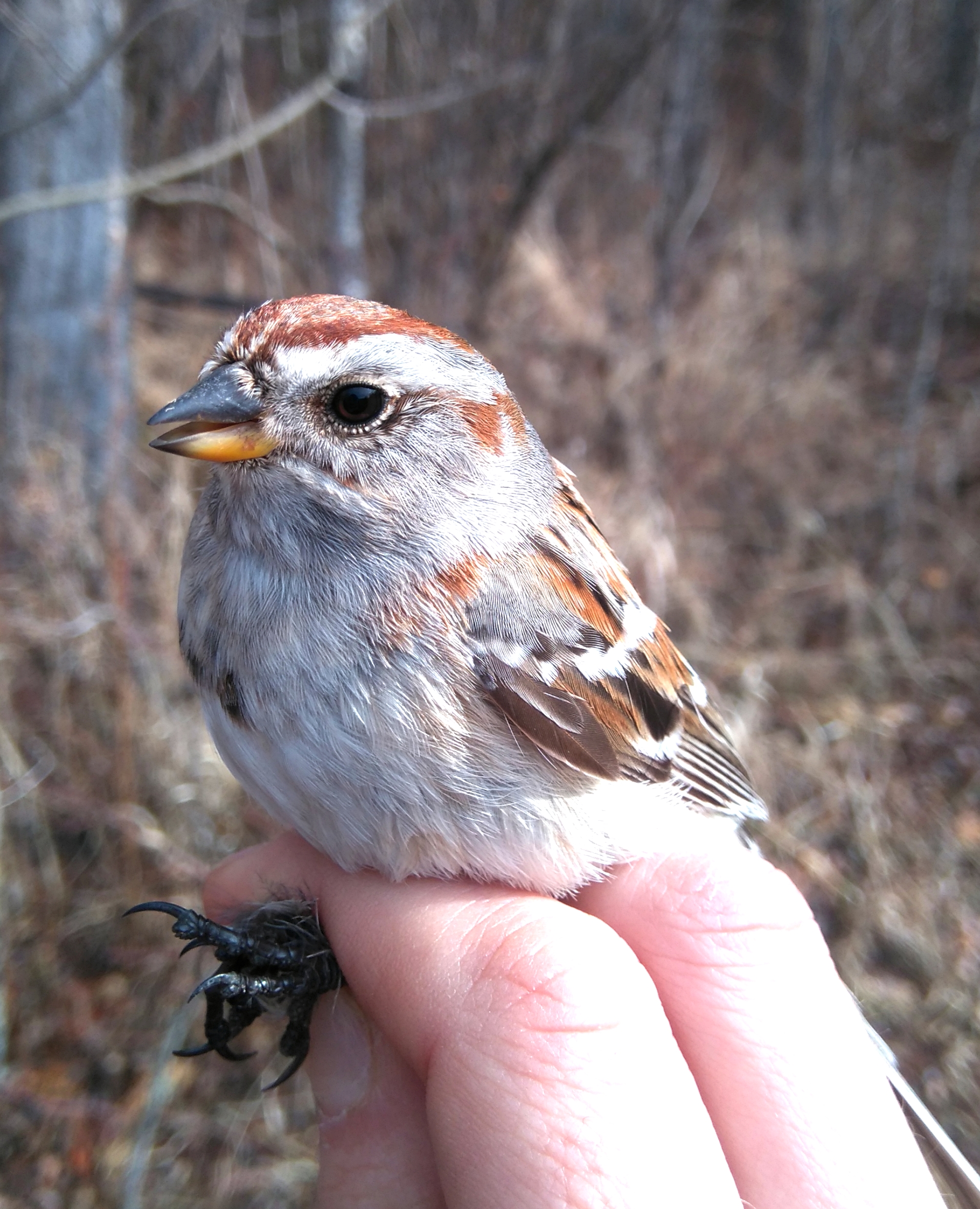 Lastly, this week also saw the end of the two-week American robin tagging project. We had 30 GPS units that we wanted to get out, but unfortunately we were only able to capture 28 robins. The goal of this project is to capture migrating individuals to track their journey north through the boreal forest. Catching migrating robins is a lot harder than you would think. If you play a call to attract them you are more likely to catch local birds than birds intending to continue migrating. It really comes down to luck; there are over a million robins moving through Alberta, but they have so many yards, ditches, parking lots, gravel roads, fields, etc. for them to choose from and we have to try to predict where we think they will stop to feed and which directions they will be coming into or flying out of the feeding area. It also doesn’t help that robins aren’t attracted to bird feed, so we can’t lure them to where we want them. 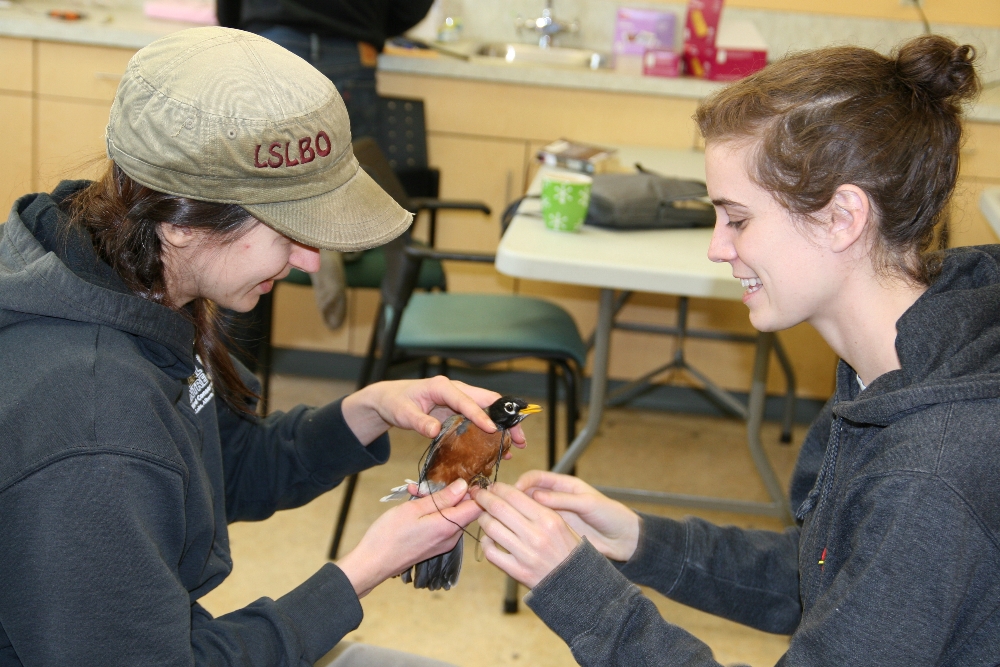 The weather this spring is mostly to blame for us not reaching our goal. The snow was great at grounding birds and making them come out to open areas to feed, but unfortunately it came a bit too early. We had some robins grounded in Slave Lake but the bulk of the robin population was grounded in Edmonton for five days (if you were amazed by the numbers of robins in Slave Lake during the snow, multiply that number by a couple thousand and that’s what was grounded outside of Edmonton). When the weather finally cleared all those birds that had been doing nothing but sitting, eating and waiting all week starting high-tailing it northward. They were well-fed and impatient to get to the breeding grounds so they just didn’t stop over in Slave Lake region in the numbers we are used to seeing.