Birds were counted in the droves at the LSLBO this week. Between recording  26 544 Greater White-fronted Geese, 12 972  Lesser Snow Geese, and 4 339 American Robins, there were also a handful of blackbirds, Tree Swallows, Orange-crowned Warblers, and several sparrow species made a first appearance for the year. Despite so much overhead migration, the nets were mostly empty. 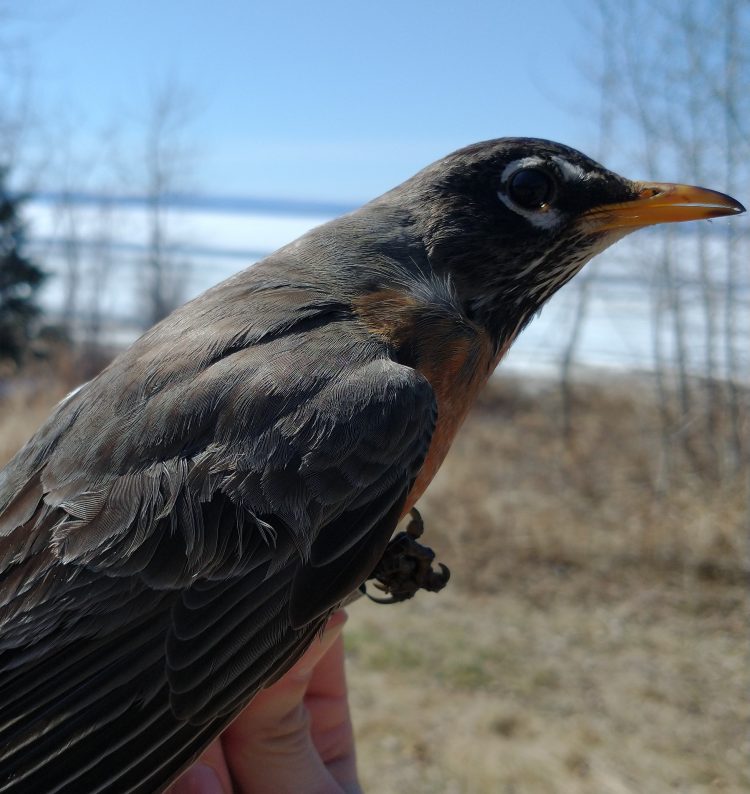 Above: American Robin banded on May 3, just after the rush on April 30 and May 1, which both recorded over 1 000 robins!

As we mentioned last week about the importance of cleaning and maintaining nest boxes, nests can be a source of parasites that feed on birds. As unpleasant as these parasites are, they are an important part of the ecosystem and they are usually not harmful. Parasites depend on their hosts for food and shelter, and it is rare for them to injure the animals that they feed on: for the most part death occurs only in cases of prior ill-health. So while it is important to keep your nest boxes clean to prevent parasites from overwhelming vulnerable nestlings, a healthy adult bird won’t be harmed by the presence of a few lice or a handful of mites.

In 2021, the Lesser Slave Lake Bird Observatory along with other bird banding stations across Canada will be collecting data for a research project that aims to learn more about certain bird parasites. The project is run by a researcher working out of the University of Guelph and focuses on louse flies (also known as flat-flies), a type of external parasite that lives on birds and feeds on their blood. As their colloquial name suggests, louse flies are very flat! Their squashed body shape lets them keep a low profile as they scuttle under the feathers of their host. An additional adaptation of louse flies is that they, unlike most insects, give birth to live young. Female louse flies produce a single egg which hatches inside their body. This way, the newly-hatched louse fly is born ready to hold on to its avian host. 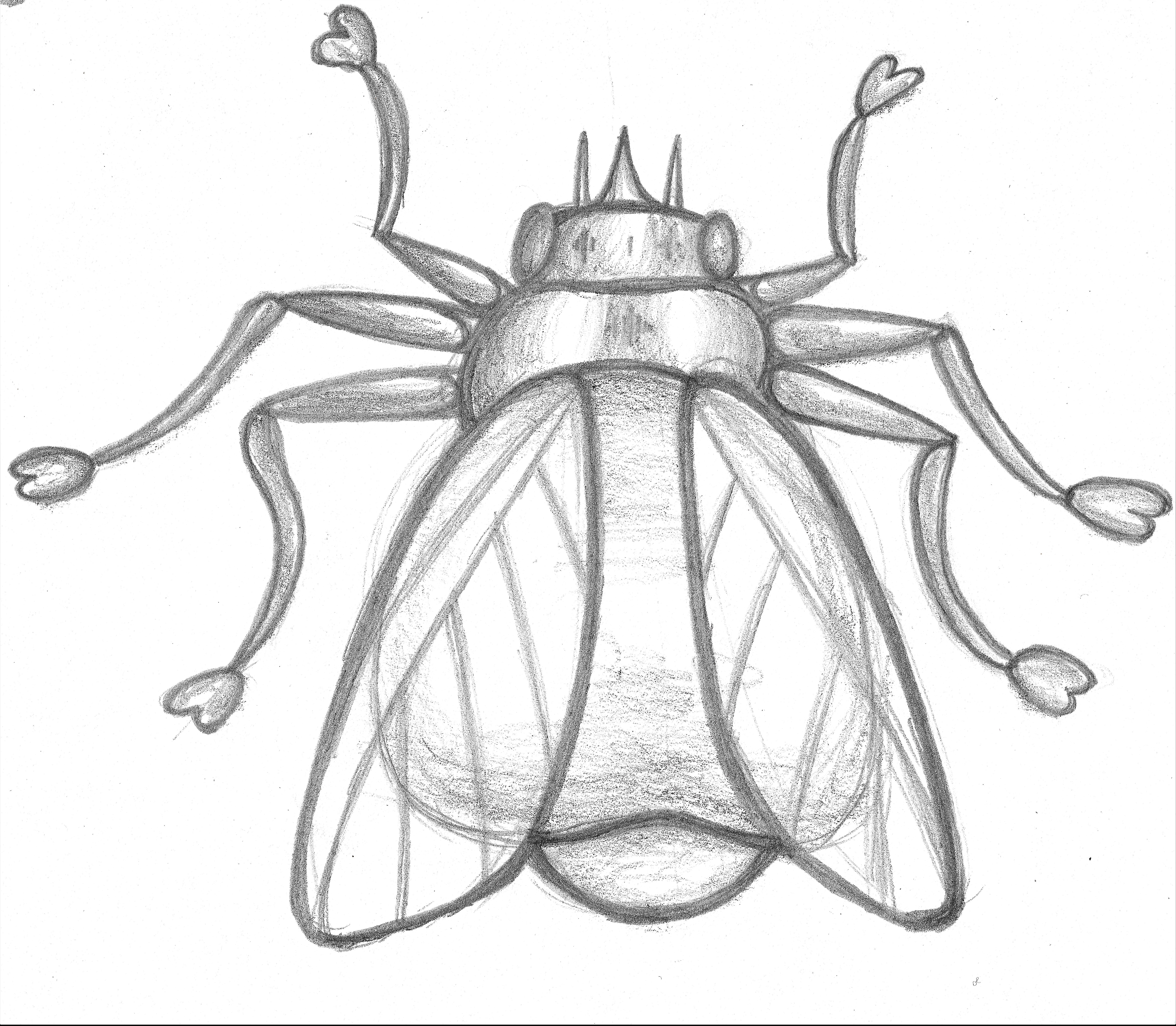 Above: Since flat fly populations do not seem to explode until birds are siting on nestlings, we have yet to collect a specimen for this collaborative research project. Here’s the next best thing – an illustration by our Assistant Bander, Sachi Schott.

Louse flies are frequently encountered by bird banders when they emerge from under the feathers of the birds being handled. Our banders will be collecting louse flies along with information about which birds they were found on and when. This data will allow researchers to learn more about the diversity of louse flies (as there is more than one species) and which bird species they are associated with.

In 1733, Jonathan Swift wrote a satirical poem that includes the lines:

So, Nat’ralists observe, a Flea/ Hath smaller fleas that on him prey,

And these have smaller yet to bite ‘em,

And so proceed ad infinitum.

He was writing about poets, but his biology is correct! The louse flies that are parasitic on birds have their own parasites in the form of mites, about which little is known. The second part of this research project will be to look at the diversity and associations of these mites, as well as describing any species that are new to science.

Parasites like louse flies and mites often provoke reactions of disgust, but they are a normal part of the natural world. Like the birds that they live on, they too are worthy of study, and we look forward to learning more about these fascinating (if creepy-crawly) creatures!