Well so much for the unseasonably warm spring; we are back to normal. I’m actually feeling a bit of deja-vu today – last year we also got hit by a lot of snow on May 6. The weather has definitely affected our banding, many days we weren’t able to open the nets for the entire or a portion of the morning and even the days that we were able to run the nets we only caught a handful of birds. Despite poor banding conditions we have still been out all week doing counts and there has been plenty to observe. Every day we’ve seen at least a couple new species for the spring and the forest is starting to fill with birdsong. We thought American robin, northern flicker and blackbirds were mostly done moving but they resumed this week with vigor and were joined by hundreds of American pipit. Some of our warblers and sparrows, like myrtle warblers and savannah sparrows have also started moving in increasing numbers. The biggest ‘movers’ of the week were undoubtedly greater white-fronted geese. Every day this week we have seen several hundred of these noisy geese going over and then one day, in only 5 hours we counted 20 600 white-fronts in addition to 17 000 snow geese.

For those who aren’t familiar with greater white-fronted geese, they are actually the most common species of goose that migrates through our area – not the Canada goose as many believe. People tend to assume that all the geese going over are Canada geese if they are dark and snow geese if they are white. This is probably because all the geese we see on the ground or swimming in the ponds, rivers and lakes around here are Canadas. Canada geese have a huge summer range and many stop here to breed which is why we tend to actually see them. Greater white-fronted geese, on the hand, breed only in the high arctic. They tend to gather in the tens of thousands in the southern prairies and then fly straight on over us only stopping for rest in very large wetlands or prairies until they reach the tundra. Even with binoculars, differentiating Canada geese from greater white-fronted geese overhead can be challenging. Thankfully the white-fronts have a very distinct call; it sounds like they are saying Ohhh-wah-AH! 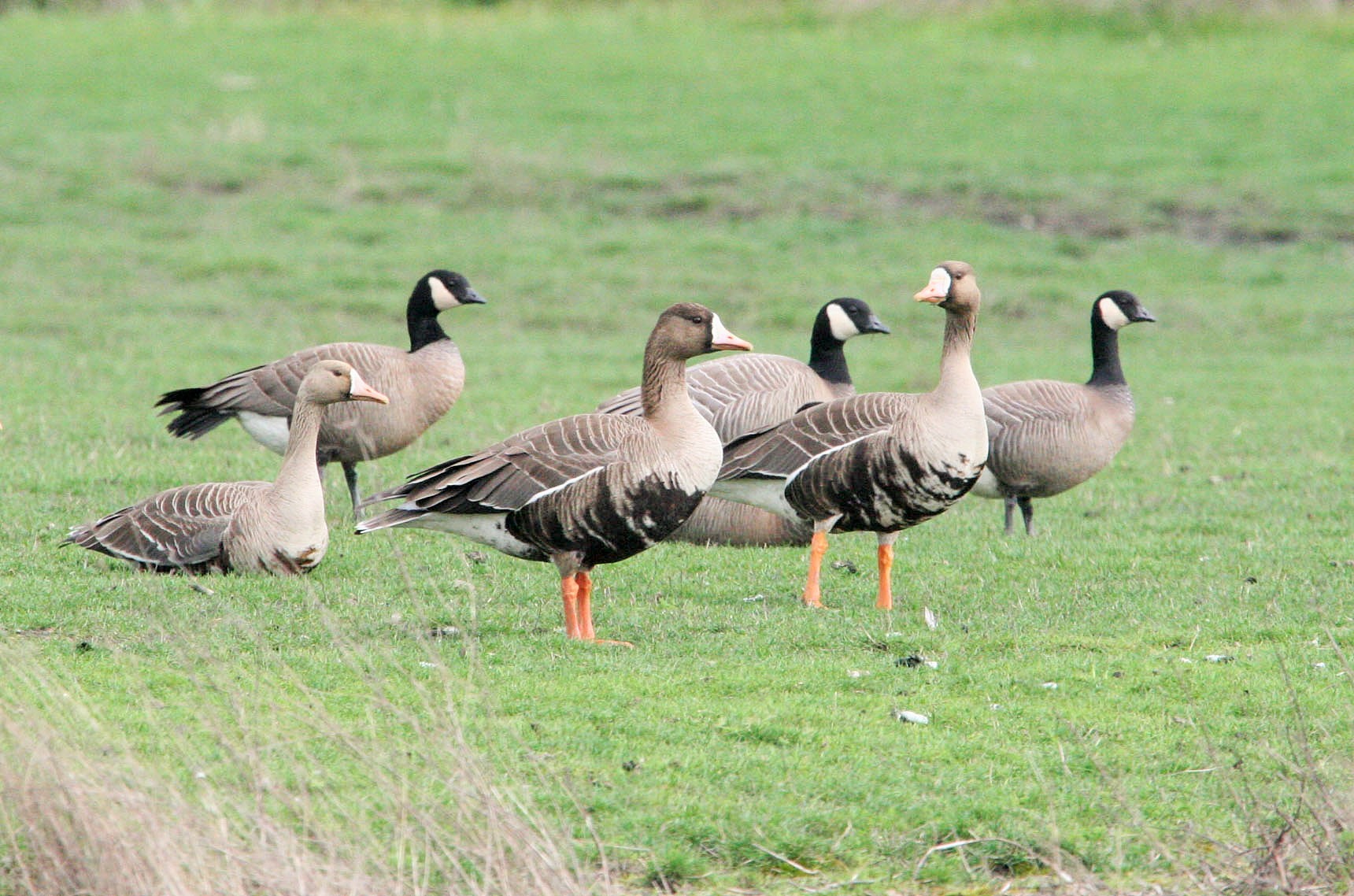 On a final note, I would like to plug our Birdathon as I do every year. Every year for the past 8 years Richard and I (Team Bander Awesomeness) have participated in the Baillie Birdathon which is Bird Studies Canada’s largest fundraising event. This year the name has been changed to the Great Canadian Birdathon but the premise remains the same. Birders get sponsors and then go out on a day in May and try and find as many species of bird as they can in 24 hours. This year we will be Birdathoning on May 21 and we were once again challenged by Ken Orich and Wayne Bowles (Team Thrasher) in Lethbridge to see who are the best birders: the banders or the LSLBO members? The young’uns or the old guys? The north of the south?? If you have never donated to our Birdathon before, please consider donating this year. The money goes towards supporting bird research and conservation and a portion actually goes directly back to our organization. If you want to donate just call the Boreal Centre for Bird Conservation at 780 849 8240. 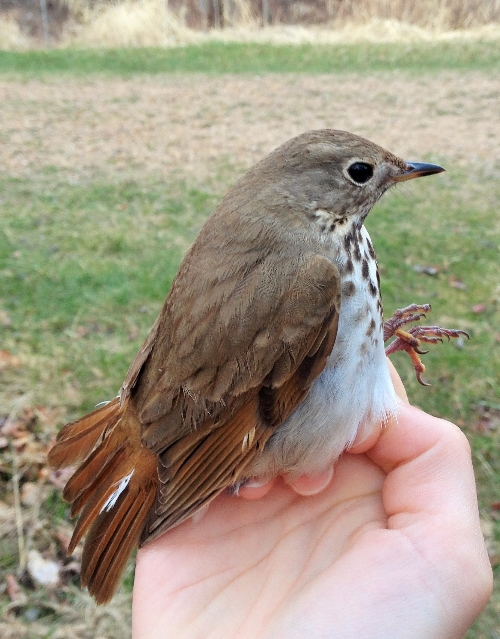