Weather has played a big role in our birding success (and lack of) this week. On every calm, dry day we experienced heavy overhead migration coupled with excellent banding totals. On the windy and/or rainy days we not only had poor banding, but observation were low as well. We are at just over 2700 birds banded this fall and provided the weather works mostly in our favour over the next week or two we will easily be in the top three for highest fall banding totals, very possibly top two. We would have to be extremely lucky to take the top spot which is just shy of 3500 birds. 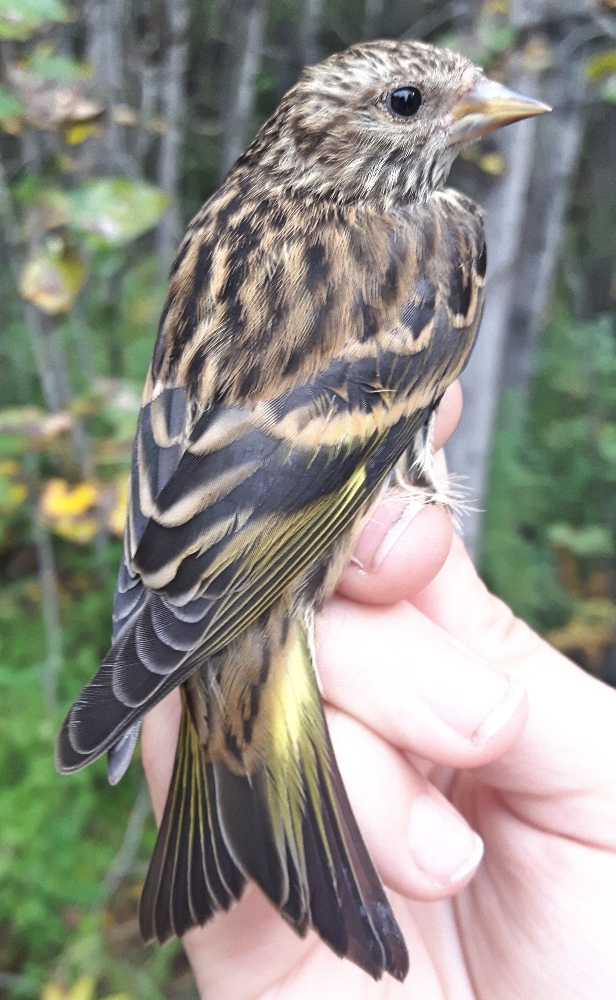 Although fall migration monitoring ends at the end of September, the second week of September is critical as it is when myrtle warbler are making their final big push. Myrtle warbler are by far the most observed and banded species at the LSLBO. Every year we count tens of thousands of them and a good banding year will see at least 500 of them outfitted with bands.  Over just a matter of days they took over as the top banded species for the season (ousting the Swainson’s thrush) by a wide margin and their push has only just started.

Myrtle warbler are a very interesting species; they breed in a wide variety of habitats and can be found pretty much anywhere in the boreal forest. They are a very adaptable and hardy warbler species and are the first to arrive and the last to leave. Conversely they are also one of the last to arrive and first to leave. In the spring the first myrtle warbler will start to arrive sometime during late April. Their migration will peak in early May but individuals will still be seen migrating even into June. In the fall we often see juvenile myrtles migrating on opening day and then they will experience two distinct migration peaks. One in early August and another in early September. 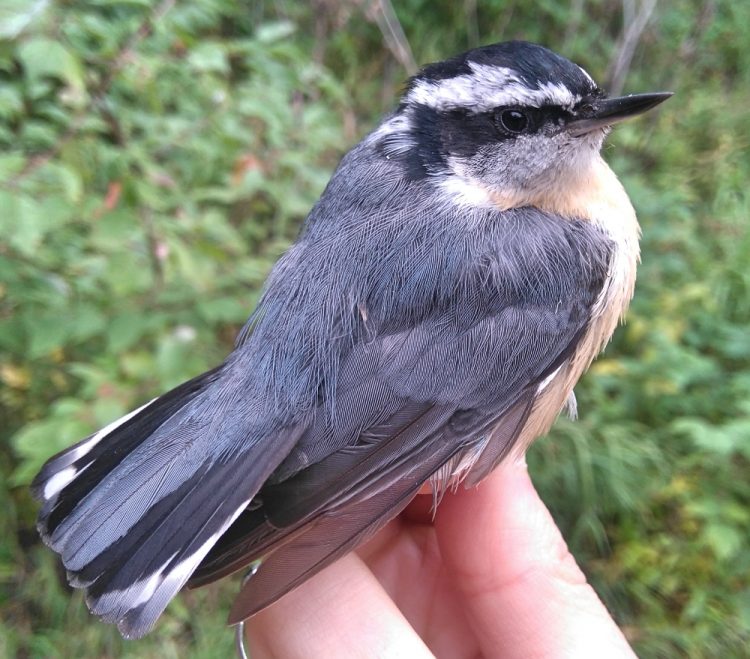 Although they distinctly experience peaks in migration that isn’t to say that they are not migrating outside those peaks. Myrtles are a species that are recorded migrating almost every single day during the fall season and they are often one of the last species still trickling through when we close for the year. Their adaptability and huge breeding range definitely plays a role in their omnipresence. They are also a species that often has success rearing two broods during the summer which could also have a lot to do with why we see migration pulses throughout the season.

Myrtle warbler may be the most common bird banded this past week, but that doesn’t mean diversity has been poor. We have banded a couple new species for the fall – orange-crowned warbler and white-crowned sparrow and we are still catching stragglers of various other warbler species like yellow, palm, common yellowthroat, and Wilson’s and well as good numbers of white-throated sparrow and Swainson’s thrush. In the owl banding program we are off to a slow start with weather hampering our efforts. So far only one owl has been banded but interestingly it was a boreal owl as opposed to the far more expected northern saw-whet owl. 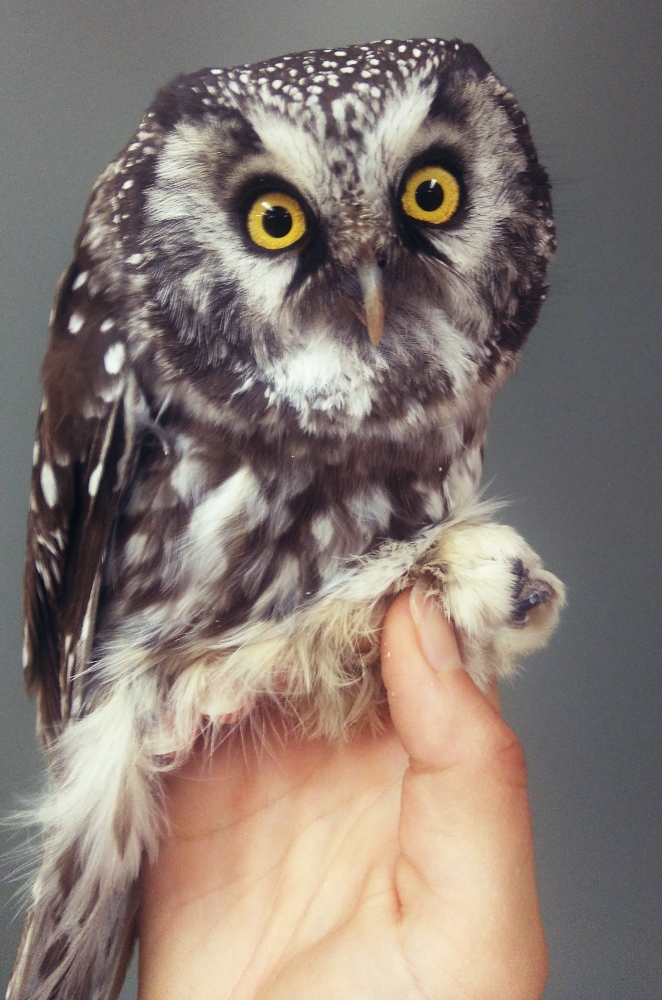