This week out at the observatory has been fairly unremarkable; it hasn’t been bad by any means, just not particularly remarkable. We have been banding around 30-40 birds a day and have just passed the 900 mark for our banding total. Overhead migration is still consistently heavy during the first half of the morning as numerous warbler and sparrow species travel south. Some species like yellow warbler, American redstart and black-and-white warblers are in the tail-end of their migration window and are becoming increasing uncommon, while other species, like Wilson’s warbler, sharp-shinned hawk, alder flycatcher, and clay-coloured sparrow have only just started moving. 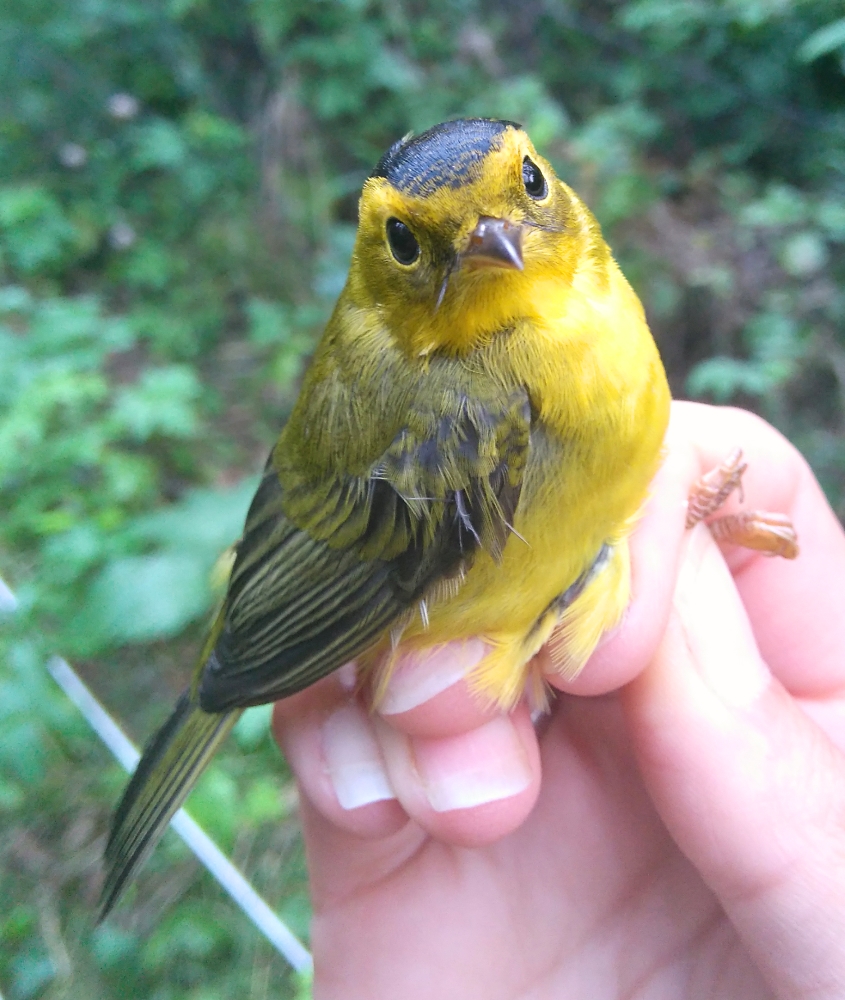 Perhaps the most note-worthy thing I can mention is the mourning warbler’s unprecedented presence on the top-five-banded-species list. Right now, they are the third most banded species of the fall with 86 individuals and we are still catching them by the handful. To put that in perspective, last fall we banded 47 which was the new record high for this species – we certainly smashed that record! The reason behind the flush of mourning warblers is that they benefited hugely from the forest tent caterpillars. Mourning warbler don’t eat the tent caterpillars but they require very thick understory to breed in. For two years the caterpillars ravaged the forests’ canopies and converted leaves into fertilizer that fell to the forest floor. The nutrient rich caterpillar poop in conjunction with the increased sunlight to the ground promoted very thick shrub growth throughout central Alberta’s forests which proved perfect for mourning warblers. 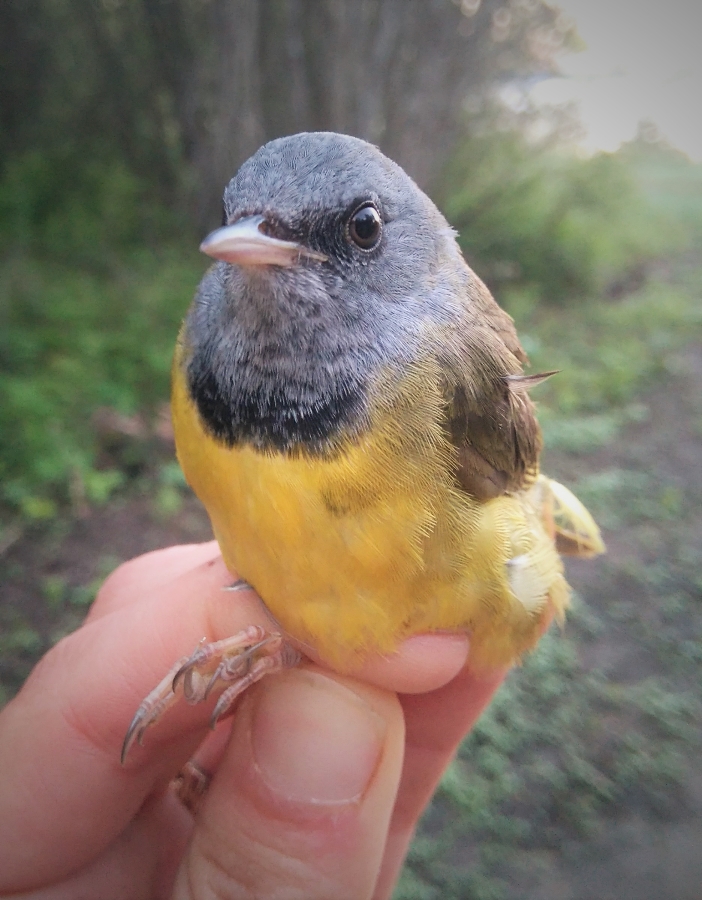 Bear with me now as I go off on a tangent since there isn’t much else to report on from the LSLBO… Like almost everyone who has a computer that is hooked up to the internet I have heard about Pokémon Go! For those who haven’t heard about it, it is a game that can be downloaded onto a person’s phone/tablet and then that person can go around and find Pokémon and catch them. The Pokémon can then be trained and pitted against one another at gyms. The addictive nature of this game comes from peoples’ intrinsic desire to collect things – as the game slogan goes ‘gotta catch em’ all!’. In Pokémon Go! there are over 100 Pokémon that you can catch; some are common while others are rare.

In a lot of ways Pokémon Go! is really great – it encourages people to get outside and walk around to track down the crafty little made-up critters. It also encourages team-play and socializing with other Pokémon trainers. What gets me about it, though, is that all around us we have nature, the real-life Pokémon Go! During the summer in the Slave Lake area we have over 200 species of bird, and just like Pokémon, some birds are common and easy to find while others are more rare and challenging. Why is it that made-up animals are more fascinating then real ones? Why are literally millions of people around the globe searching for Pokémon when birds and wildlife have always been around? With binoculars and/or a camera anyone can go out and experience a collecting challenge far more difficult, and I think more rewarding, than finding digital images of made-up creatures that are no cuter and more beautiful than the natural beauty that surrounds us. 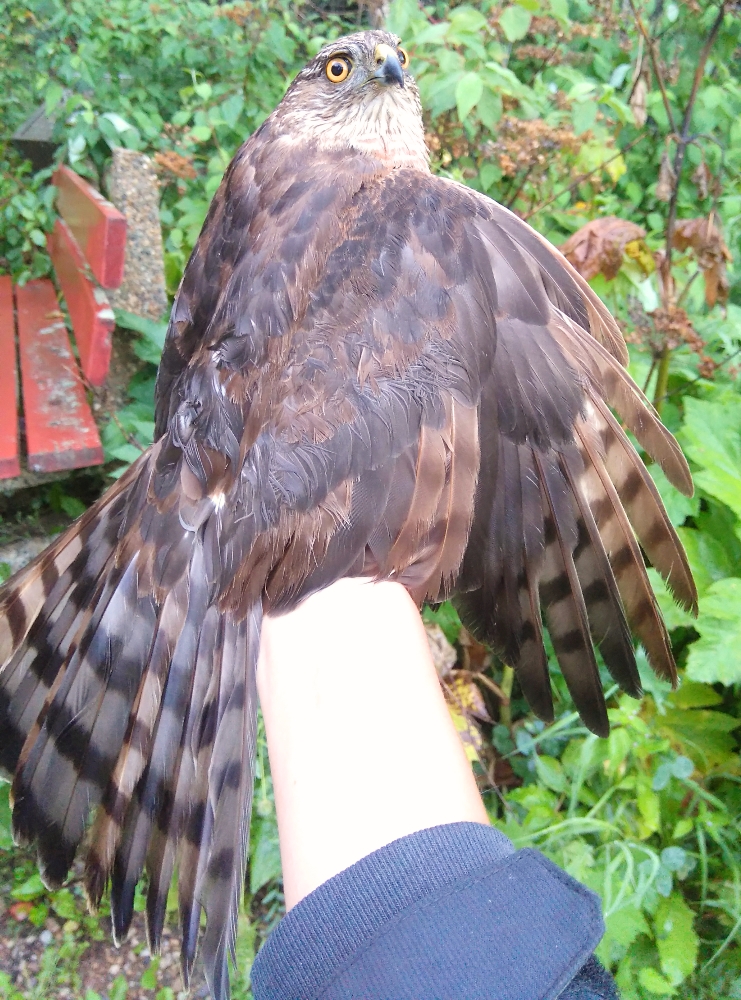