Another slow week at the LSLBO. We have been hampered by windy weather that forced us to keep our nets closed more often than not. We only recently cracked the 600 mark for the fall; typically we are around 900 by this time. The slow banding coupled with the lack of overhead migration is furthering our belief that this was just a poor breeding year for the songbirds of Alberta. Hopefully things will pick up once the NWT birds start rolling in. We had our first orange-crowned warbler turn up this week, so the late season birds are definitely coming. 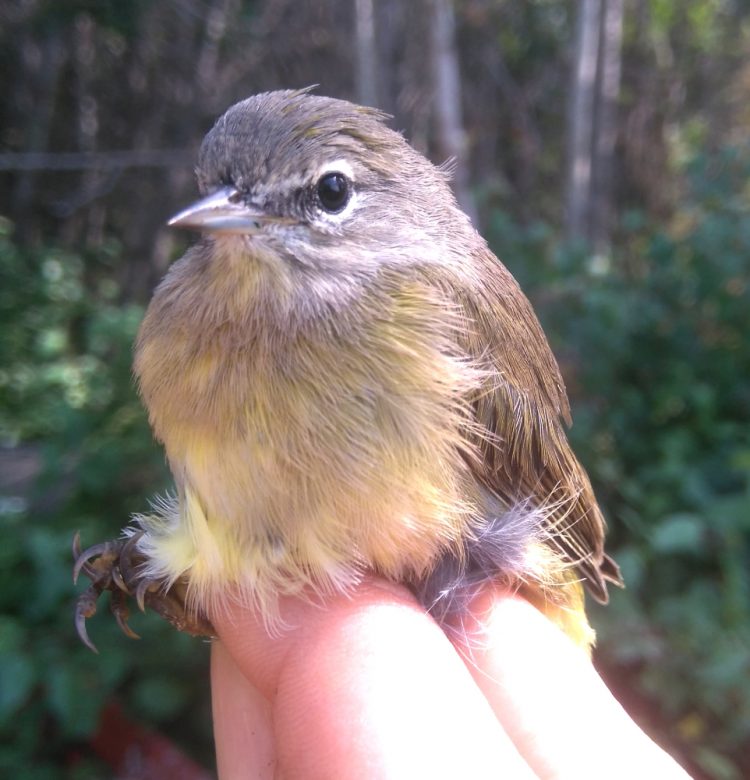 In lieu of activity at the Observatory, let’s talk about gulls. For a family of bird they can create quite the hubbub. Especially if you live in the town of Slave Lake, Alberta. Gulls provoke all sorts of question, but the most frequent is why are there so gosh-darn many of them in the fall? And why do they feel the need to congregate (screaming and pooping) on every last flat rooftop they can find? We have five species of gull that breed around here, two black-headed species: Franklin’s and Bonaparte’s and three white headed species: the small ring-billed and the much larger California and herring. The two species that really draw attention to themselves, though, and the ones I will focus on are the ring-billed and the Franklin’s. 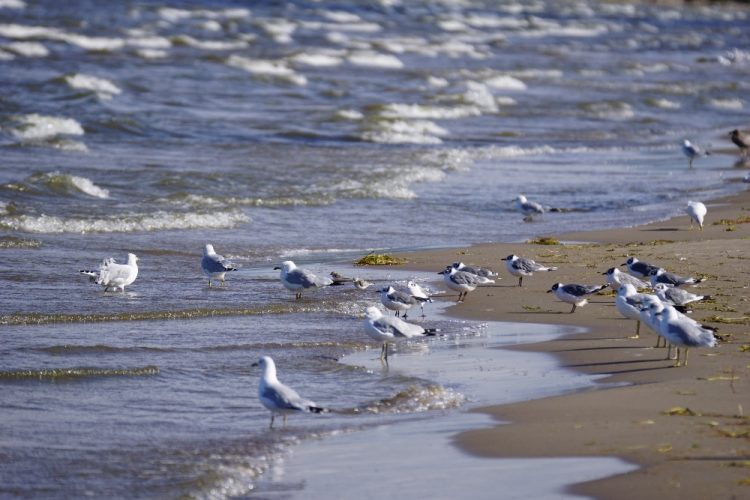 Both these species are primarily inland gulls, they aren’t common on the coasts and prefer to breed and winter near freshwater. Franklin’s gull nest on small lakes and ponds that have vegetated shores. Their nests are made out of floating vegetation secured to reeds. They feed primarily on insects, but also eat small fish, amphibians and even rodents. Ring-billed gull nest in large colonies along rivers, lakes, and large ponds. Unlike the Franklin’s they build their nests directly on the ground, usually somewhere with sparse vegetation such as sandbars or rocky shorelines. They also have a diverse diet and do well on everything from insects, to vegetation, to french fries abandoned on the asphalt.

All gulls undergo a major moult in the fall, they replace all the feathers on their bodies in preparation for migration. During this time, their ability to fly is hampered, they are still perfectly able, just maybe not as swift or graceful. Also all the young gulls are learning what it is to be a gull. Between older gulls shedding feathers and young gulls learning the ropes, it is a hazardous time. Gulls from all around will congregate together in safe places and hang out together until they are ready to migrate. What is a safe place? A safe place is somewhere you can see danger coming from far away. Historically this was fields, rocky islands, exposed sandbars and beaches (incidentally clearing Devonshire will make it more attractive to moulting gulls). Now-a-days, though, we have built this amazing thing called a flat roof. Over the past few years it seems as though more and more gulls are coming to moult in town. I think it is because we keep building them more and more flat roofs. There aren’t necessarily more gulls around, we are just attracting more of them. ‘Build it and they will come’ as they say.