This past weekend representatives from bird banding stations across Canada traveled to Victoria, British Columbia to take part in the biannual Canadian Migration Monitoring Network (CMMN) meeting. The CMMN is a collection of approximately 30 active stations throughout Canada with the goal of sharing data to form baseline trends of bird populations in the pursuit of bird conservation. Bird species from our Boreal forest and regions north of us are of special interest to the CMMN as these northern species are observed and captured in member stations on their migration south for the winter. Many of these species are otherwise poorly monitored as much of their breeding range is inaccessible with relatively few qualified birders available to estimate population trends. As a member station, the Lesser Slave Lake Bird Observatory (LSLBO) contributes our data in the interest of generating long-term population trends of birds that migrate through our site. When all stations are considered across Canada, the data set that is generated becomes very large and we collectively gain the ability to recognize which of these otherwise poorly monitored species are in trouble. 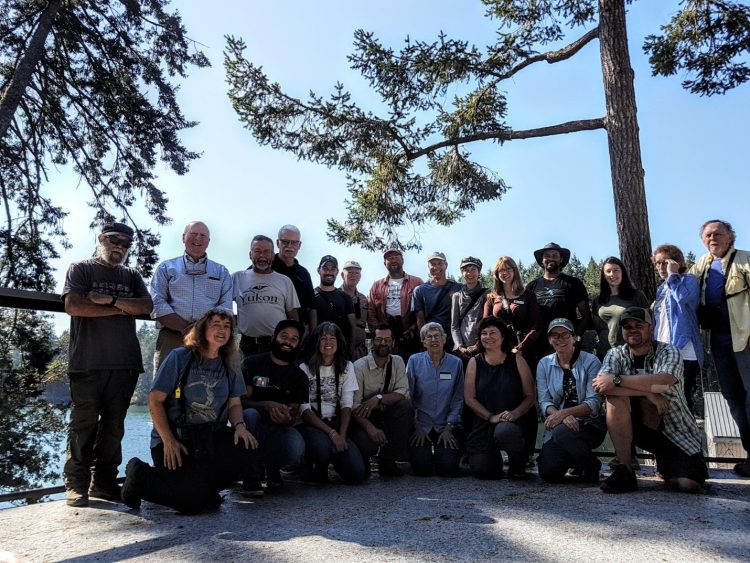 The last CMMN meeting was held in 2016 at Oak Hammock, Manitoba and the LSLBO hosted a meeting in 2007. At these meetings, the challenges each station is experiencing are discussed and possible solutions and partnerships are formed. Often one of the biggest concerns is funding since member stations and the CMMN itself are all non-governmental organizations. Important research on bird handling and capture techniques are also examined so all stations can guarantee that they are still operating with bird safety and wellbeing ensured in light of new scientific findings and with the appropriate permits required. Representatives are allowed to tour the host station and experience the finer details of what each station is doing well and examine how we can improve the smoothness of our own station’s day-to-day operations. 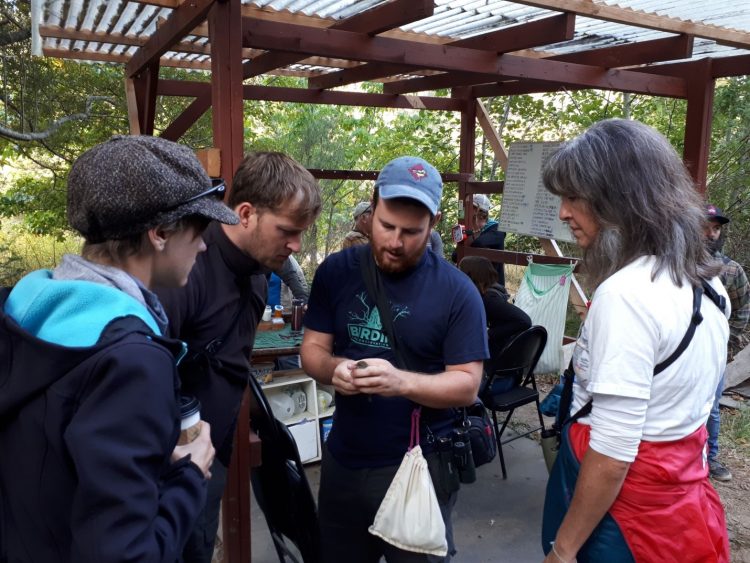 Additionally, researchers are given the floor to discuss the findings of their projects. One such researcher was Stu Mackenzie from the Long Point Bird Observatory, Ontario and Bird Studies Canada, who discussed a new technology becoming increasingly available to researchers – the Motus Wildlife Tracking System. With this system, tags can be put on migratory birds, bats, and insects. As these species migrate, the tag ‘pings’ off of special towers that the individuals fly by. We can use these ‘pings’ to better understand what paths different populations of birds are using and important stop over and wintering sites.

Another researcher was David Bell, who is studying birds that stray on their migrations and ended up lost in unfamiliar lands. For various reasons, Bon Portage Island in Nova Scotia is the landing point for many of these stray birds. Bell and his team used daily observations and Motus technology to investigate if these birds could correct their migration or if they simply don’t survive this ordeal. Interestingly, Bell has found that many older birds can correct their migration path, but most of the younger birds cannot. Another member station, the Tadoussac Bird Observatory in Quebec made national headlines earlier this year for similar migration corrections. 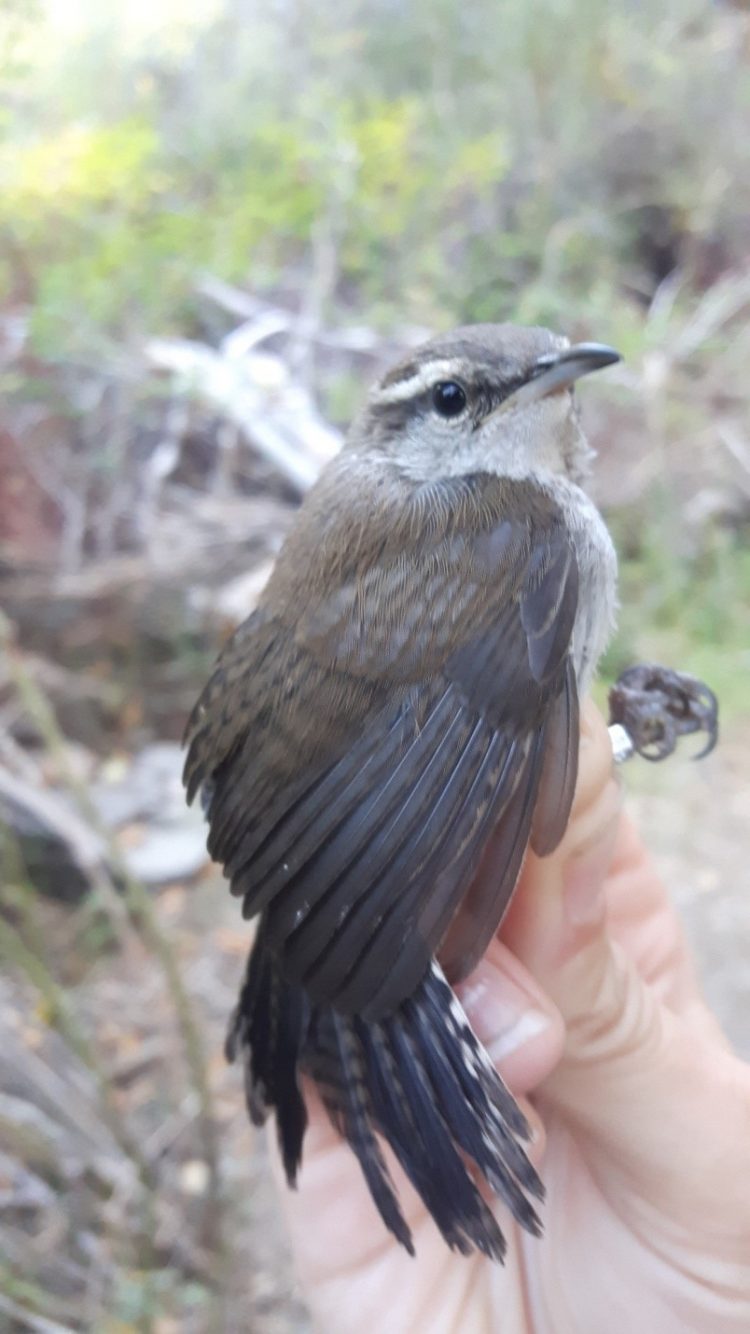 Bewick’s Wren banded during the station tour of the CMMN biannual meeting. This specie’s range in Canada doesn’t extend past the south-western corner of B.C. Credit: Robyn Perkins

As for our own station, the LSLBO has had a moderately busy week and our running tally is up to 2061 birds from 43 species banded so far this fall. It’s been a record breaking year for the capture of several species, including Canada Warblers, White-throated Sparrows, and Common Yellowthroat. I’m very curious to see what other records get broken before the fall season ends September 31st.