As I write this August is winding down and September is approaching fast. The leaves are just starting to turn yellow at the observatory and it is beginning to smell distinctly of autumn. With the changing season we are starting to see more changes in bird diversity. With the exception of myrtle warblers, which have the longest migration window of any species we monitor – moving through until the end of September, we’ve hardly been catching any warblers anymore. Thankfully in the spattering of warblers banded this week we did catch our 100th mourning warbler! And then, when the pressure was off, we caught another 6. We haven’t just been losing species though, we have gained a few as some of our northern breeders started to arrive in the area. We have seen our first orange-crowned warbler, American pipit, Lapland longspur and greater-white fronted goose. 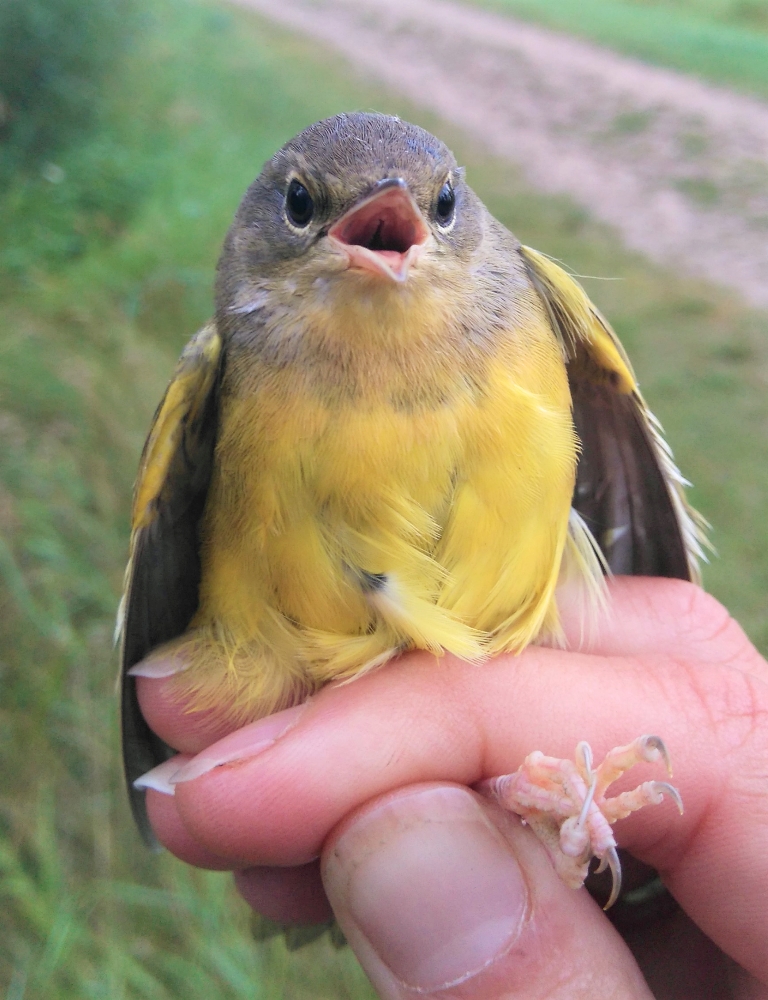 Another sure sign of September is raptor migration. Sadly we don’t see a huge diversity of raptors at the LSLBO. We are too far north for Swainson’s, Cooper’s or Ferruginous hawks, Red-tailed hawks prefer open habitat, rough-legged hawks move so late in the fall it is practically winter and we are closed, and broad-winged hawk are uncommon this far west. The only species we get regularly are Sharp-shinned hawks and northern harrier. Sharp-shinned hawks have been moving through the area for a couple weeks and are hitting their peak. On any given day we can see between 20 and 40 of these small forest hawks cruising by. Sharp-shinned hawks feed almost exclusively on songbirds which they catch on the wing; they are extremely quick and agile and can move through the forest with ease. Their hunting tactic of flying low and fast through the forests means they hit our nets frequently. Unfortunately they are a bit too large for our net’s mesh size so they shake themselves out more often than not – still, we can expect to catch and band around 40 every fall. 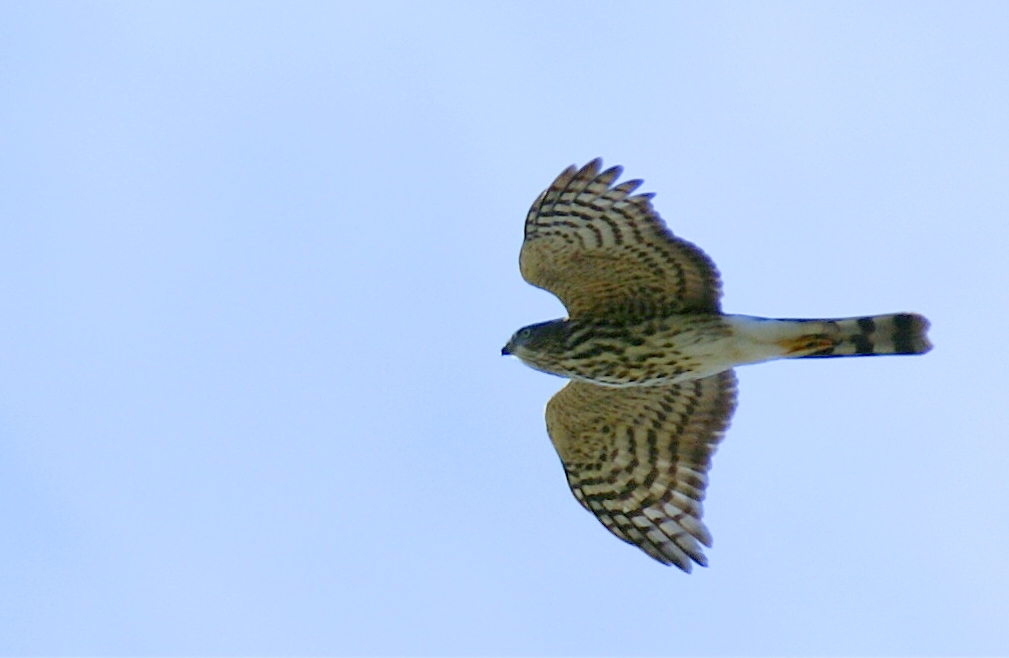 Northern harrier are perhaps the most unique raptor in North America – so much so that they are the only species in their family. They aren’t an eagle, they aren’t a hawk, a falcon or an owl – they are a harrier. Although harriers closely resemble hawks, they have a slightly dish-shaped face and hunt by sound, sort of like an owl. They fly very slowly and low over marshes and meadows tilting back-and-forth with their wings held in a V over their backs and when they hear something rustling below they drop straight down on top of it. 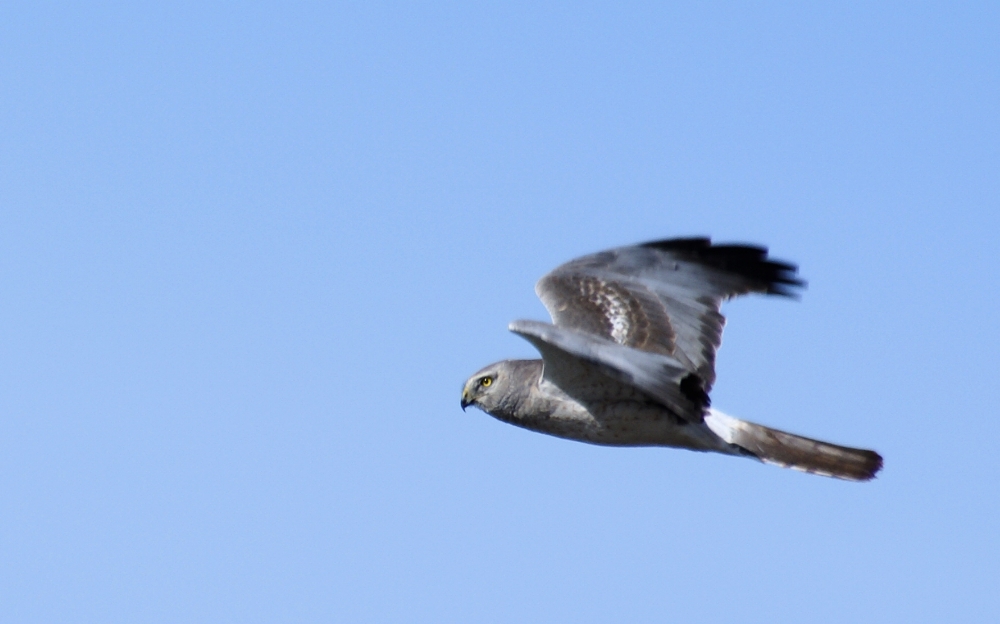 This week, on top of our regulars, we also had one day of good broad-winged hawk migration. Neither Richard nor I have ever seen more than one broad-wing move through the site at a time. Broad-wings are a wetlands specialist that feed mostly on frogs and small mammals. Because of their dependency on frogs, they are one of the earliest hawk species to start migrating and out east they routinely migrate in flocks (called kettles) of tens of thousands… We didn’t see nearly that many but we were pretty happy with the 35 we saw, especially considering I have only seen a total of twentyish in my life until that day.