We have been doing fall migration monitoring for a month and a half but only now is it actually starting to feel like fall. With morning temperatures dropping into the single digits and the trees starting to show some colour it is hard to deny that summer is coming to an end. Not only is the environment starting to reflect the changing season, the birds are as well. Myrtle warblers are getting to be the only songbird around and currently make up most of the birds we see and also a decent chunk of what we band. In one morning we banded 106 birds – 88 of which were myrtle warblers. I have worked here for a long time and I am still amazed at the myrtles. Every year they are the first species we see migrating in the spring and we see them moving all the way until the end of spring migration. Likewise, in the fall, we see them moving on the first day of monitoring and they are usually one of the last species seen at the end of September when we close for the year. Not only are they the only species that can be seen actively migrating through the entire monitoring seasons, but they move in staggering numbers. To add some perspective, we encounter an average of 63 000 birds of 150 different species every year. Myrtles, that are just one species in the 150, make up around 7% of all the birds we encounter. 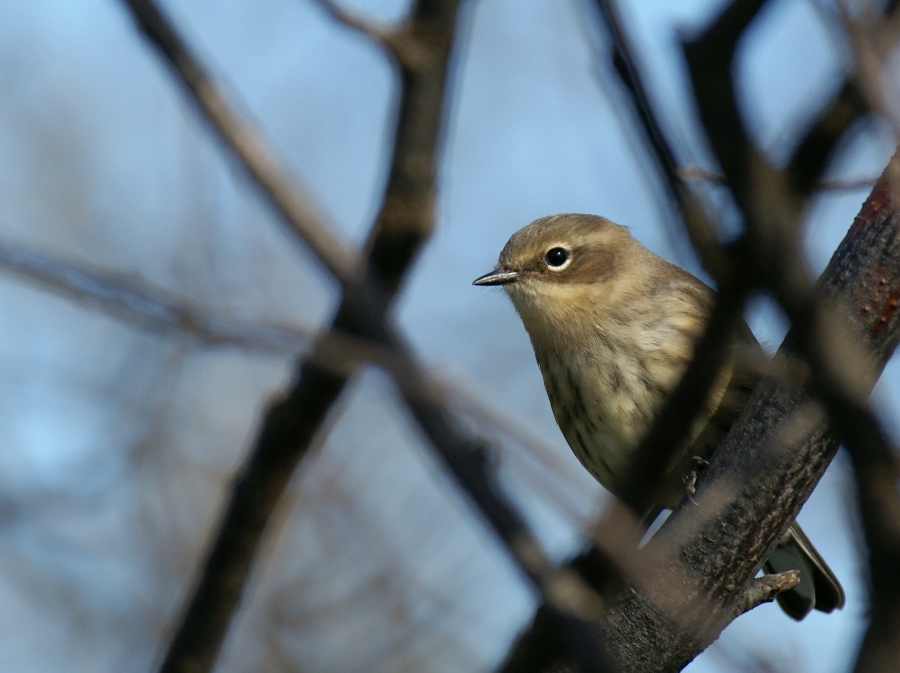 Aside from the myrtle warbler take-over, there have been other tell-tale fall arrivals. Tennessee warblers are gone and in their place orange-crowned warblers have started to show up. These two small species are very closely related and look quite similar, but orange-crowned warblers nest further north and consequently move through our area later in the season. Along with the Tennessees, many sparrow species, like the song sparrow and Lincoln’s sparrow, have moved on and been replaced by more northern sparrows, like the white-crowned sparrow and slate-coloured junco. Sharp-shinned hawks are another quintessential fall species that has been observed in very good numbers as of late. 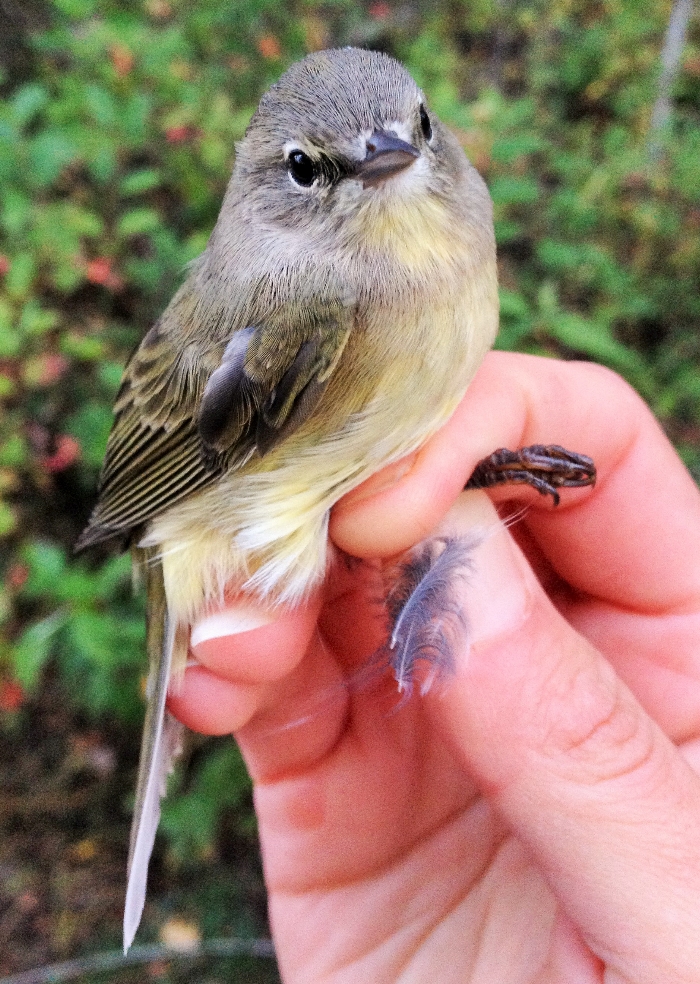 The final and truest sign that fall is upon us though, is the fact that in a couple days we will be starting up our northern saw-whet owl monitoring program. Through the whole month of September and much of October we will be going out every night to try and catch and band northern saw-whet owls for the purpose of determining long-term population trends. Saw-whet owls are a small migratory owl species and tracking their population trends can be very helpful in determining the overall health of the forest. All owls, saw-whets included, have very specific habitat and food requirements, because of this a healthy owl population is reflective of a healthy ecosystem. Species like this, with specific habitat and food needs, are often called ‘umbrella species’ by scientists; we know that by monitoring and protecting them, we can monitor and protect many other species by proxy. 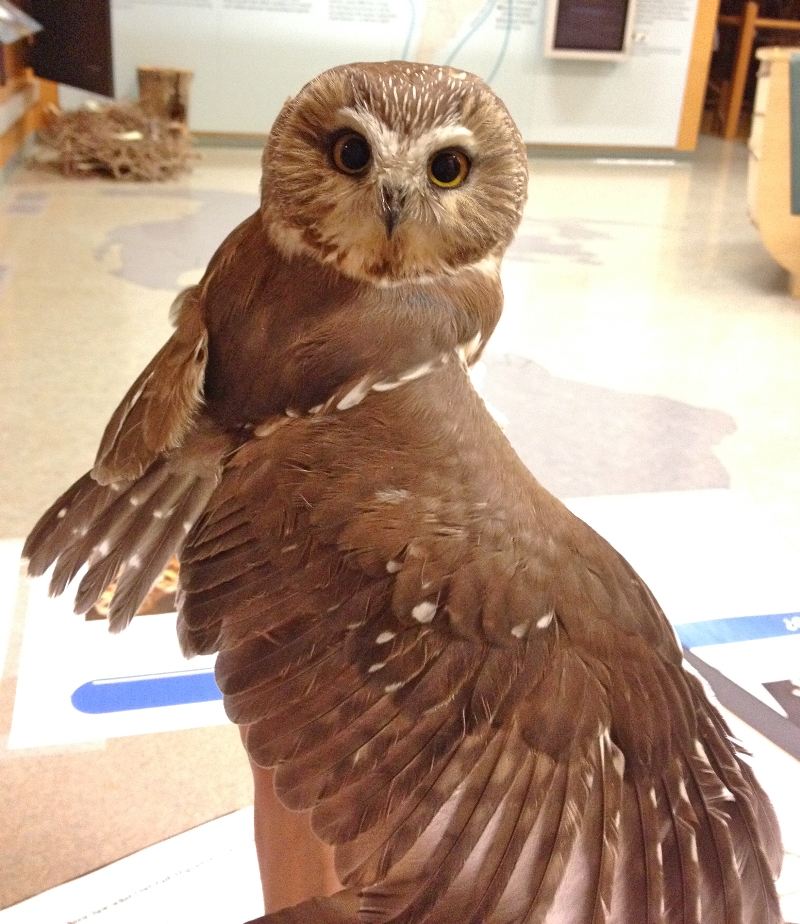