With a few busy days scattered amongst those with poor weather which were predictably slower, this week at the Lesser Slave Lake Bird Observatory we’ve banded 557 birds, bringing our total for the fall to 2718 of 52 species.

Capturing birds involves more finesse than one might expect. The location of the mist-nets is important. For the small area they occupy, it’s important to have opportunities to capture species with different habitat preferences. For instance, some birds use the shoreline as a direct route around the lake, hence the tendency for our shoreline nets to see heavy traffic, especially of birds that prefer more scrubby and grassy habitats like Clay-coloured Sparrows. More secretive birds such as Ovenbirds or thrushes are more often found in the nets that are set deeper in the forest, and Cedar Waxwings that bounce higher through the canopy are more likely to fall into aerial nets set high on tall poles. 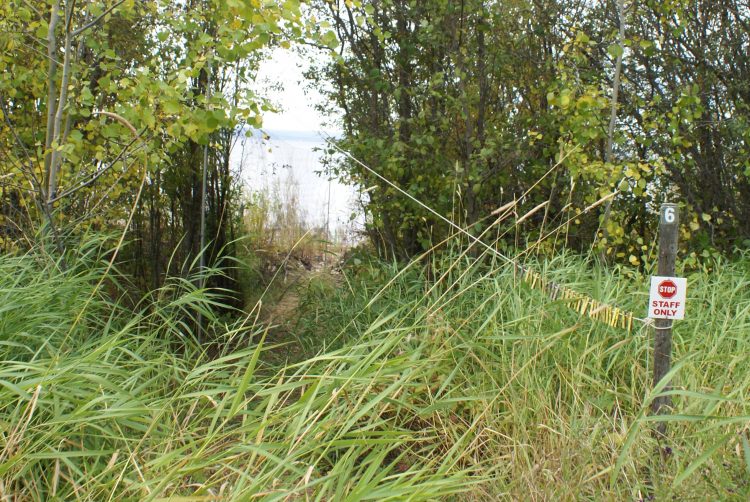 Pictured: Net 6, one of our nets along the shoreline generally captures the most birds of any of our nets.

While the locations of the mist-nets are strategic, it’s impossible to position them in such a way as to capture every possible species. We’re not catching gulls on the daily, and the same goes for high flying species such as White-winged Crossbills or the Belted Kingfishers barrelling down the shoreline over shallow water. Neither of them are likely to get caught, but we know they’re in the area because we see and hear them, which is why the observational side of our job is so important.

However, there are some species that, while local and breeding in boreal forest, are not commonly observed around the lab. The capture and observation data from our bird observatory would have you believe that Connecticut Warblers are extremely rare in the boreal, but we know they are a possibility. In fact, they can be found regularly in areas around Slave Lake but they prefer higher-elevation habitats, making them an exciting catch down at our lakeside lab. 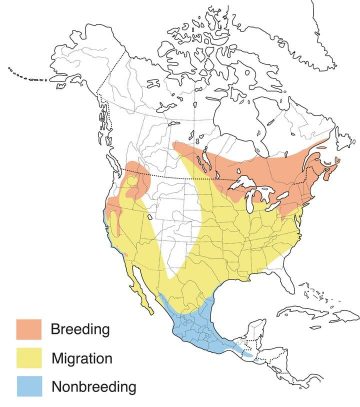 And the Nashville Warbler. We don’t expect them at the lab. In fact, we generally don’t expect them in Alberta. Taking a look at their range map, Nashville Warblers reach the same latitude as Slave Lake but no further west than Saskatchewan before curving far down into the United States and with a second subpopulation along the mountains in Southern B.C. Yet nine have been caught since the observatory was established in 1994, with two being captured just this past week.