I feel like I have really talked about the wind a lot this year, but it’s hard not too when it is so constant. We’ve had another really slow week at the lab with reduced net-hours due to windy conditions. In the single calm day we banded just shy of forty birds of a good variety of species. This proves that the birds are around; we would just love it if we had a chance at seeing and/or catching them more than one day a week. This week, though, instead of just griping about the wind I actually went through our records to compare this year’s weather to other years. Turns out this doesn’t just feel like an exceptionally windy August, it is the windiest August in over ten years, at least by our weather records. It isn’t the windiest by a small amount either – due to wind we have had our nets open 250 net-hours fewer than average this year. Huh. Now we know – it’s not in our heads.

Based on the birds we have been seeing, it is clear that autumn is truly upon us. The vast majority of the locally breeding warbler and sparrow species are gone and some of the northern breeders are showing up. The Tennessee warblers, which have been the heavy-hitters up until now have mostly been replaced with myrtle warblers – our September staple. White-throated sparrow are slowly but surely being replaced by their northern cousin the white-crowned sparrow. And savannah sparrow have turned up in place of Lincoln’s sparrow. Along the shoreline we watch northern harriers soar by and listen to the gentle tinkling rattle of Lapland longspurs and the enthusiastic Pip! Pip! Pipit! Of American pipits. 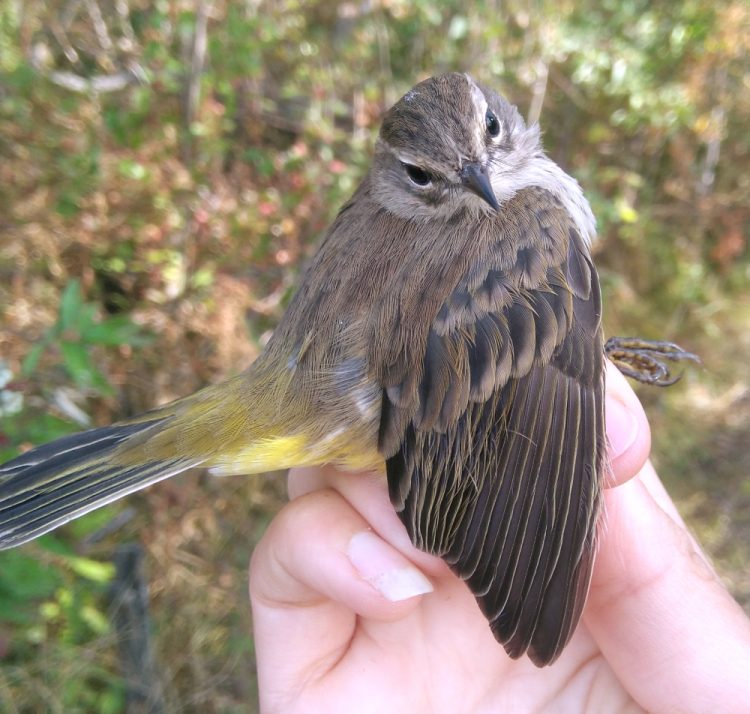 Perhaps the only species we have been catching above average numbers of are Wilson’s warbler which I find delightful as they are really cute birds that we generally don’t see too many of. You can find Wilson’s warbler anywhere in Canada as they breed throughout the entire boreal forest from coast to coast. During migration they are one of the few warblers that can be found in all the states as well. For a bird with such a large range, they aren’t very well known, though. They breed in boggy/marshy areas with very little human disturbance. If you are in the right area for them, or watching for them during migration, when they are less particular about habitat, they are easy to see. They have superbly bright yellow bellies, a greenish back and they forage very actively low in shrubs – darting here and there, snatching insects from the air. When they were first discovered by Mr. Alexander Wilson in 1811 he originally named them the green black-capt flycatcher. It’s a shame that they didn’t get to keep that name, as it is very apt. 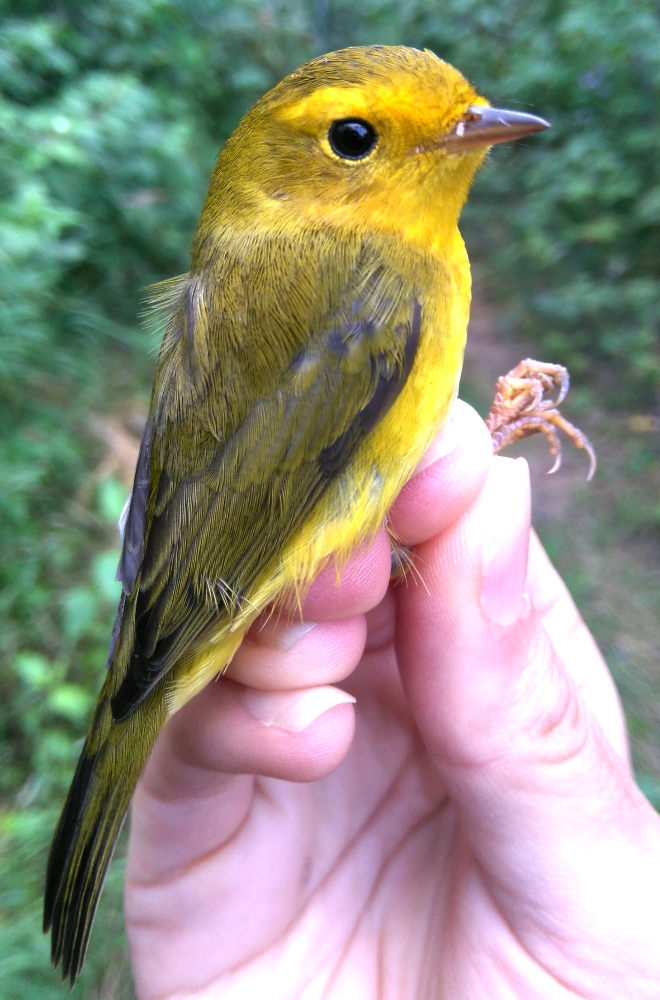 On a final note, northern saw-whet owl monitoring will be starting up soon. Expect to see some advertisement about the family owl night that is planned for late September. This event is always very popular and space is limited, so if you are interested be sure to read my update next week. 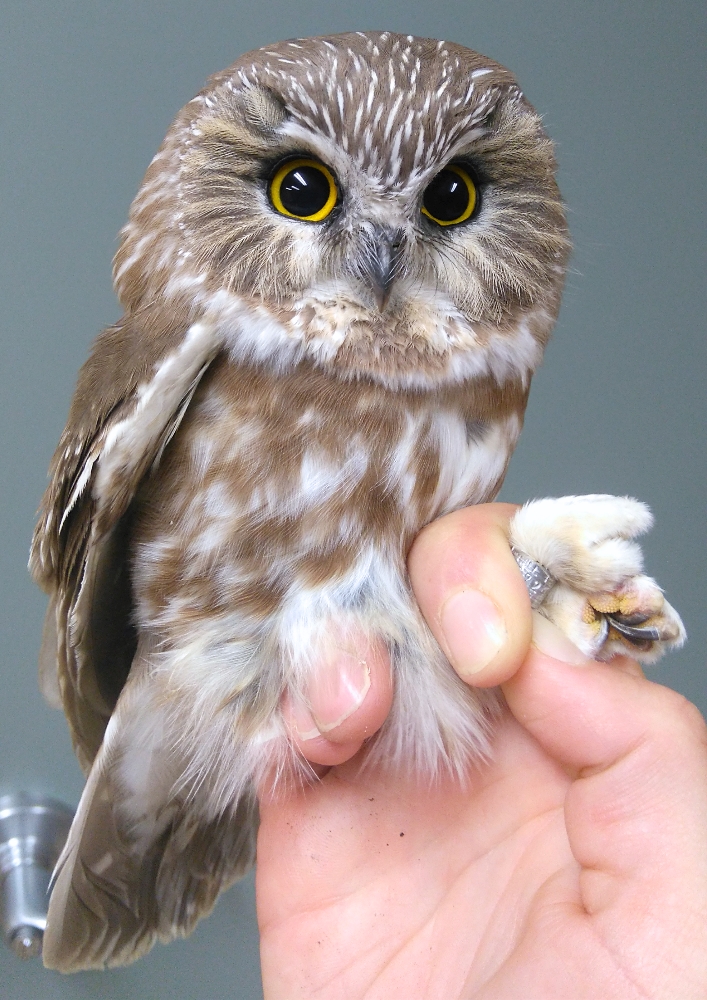