This week was the last week for our summer student Robyn Perkins and it was also the last week for me doing songbird migration monitoring. Robyn will be moving back to Camrose to start her final semester of post-secondary and we will be sad to see her go – she was a great worker and we loved having her and would be thrilled to have her back next year if we have the funding. I will be switching over to northern saw-whet owl monitoring. Owl banding is always a fan-favourite program and we plan to run at least one public night again this year – keep reading the paper or checking our webpage for updates on when it will be. 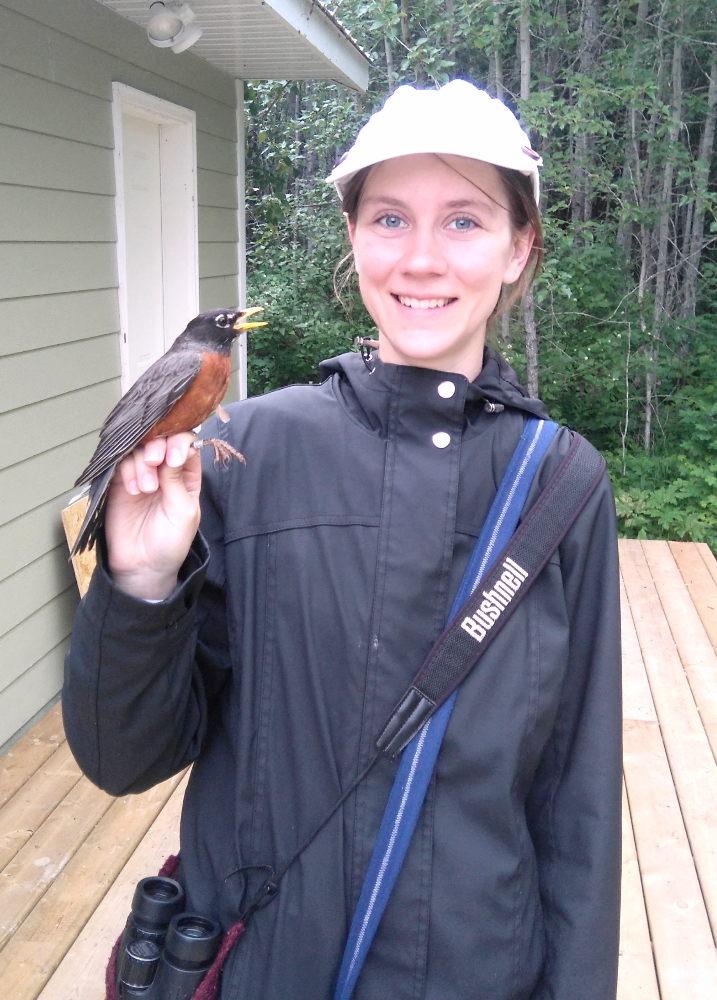 Robyn and a robin

Unfortunately for both Robyn and me, it was a rather poor last week of monitoring; we had lots of wind and rain and weren’t able to have the nets open for much of the time. When we did have the nets open we mostly caught Swainson’s thrush, sharp-shinned hawks and myrtle warblers. With one month of monitoring left we are at a total of 1363 birds banded of 47 species. The top banded species are Swainson’s thrush – 187, Myrtle warbler – 167 and ovenbird – 128. Our average for the fall is around 1850 birds so we still have a fair ways to go if we want to make the mean. 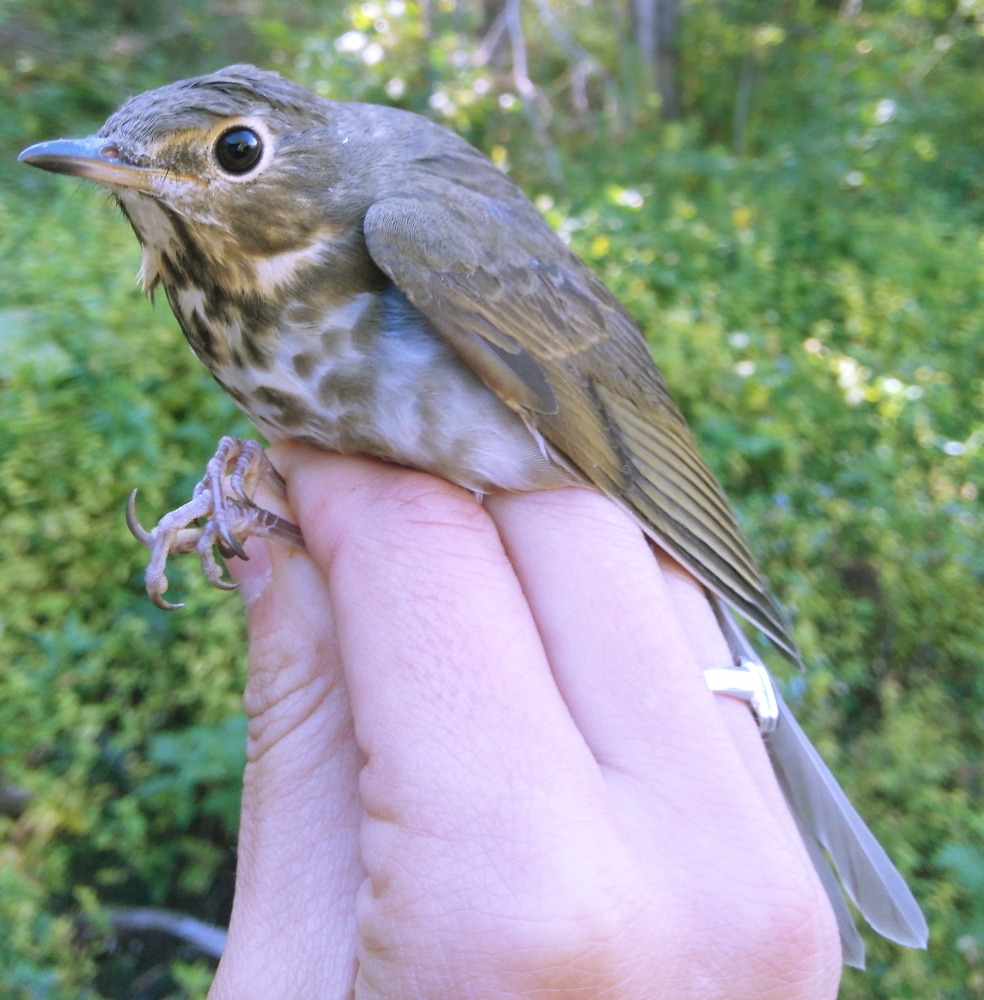 September is always a hard-to-predict month at the bird observatory. Generally it is quite slow, but it can have some surprisingly busy days and can also catch some surprising species. Several species of bird like varied thrush, eastern kingbird, boreal chickadee, and Cooper’s hawk have only ever been caught in September; despite the occasional surprise, though, September isn’t known for its diversity. Myrtle warblers tend to be the most commonly captured and observed species for the month but we can also hope to catch fair numbers of orange-crowned warblers, white-crowned sparrow, and slate-coloured junco. 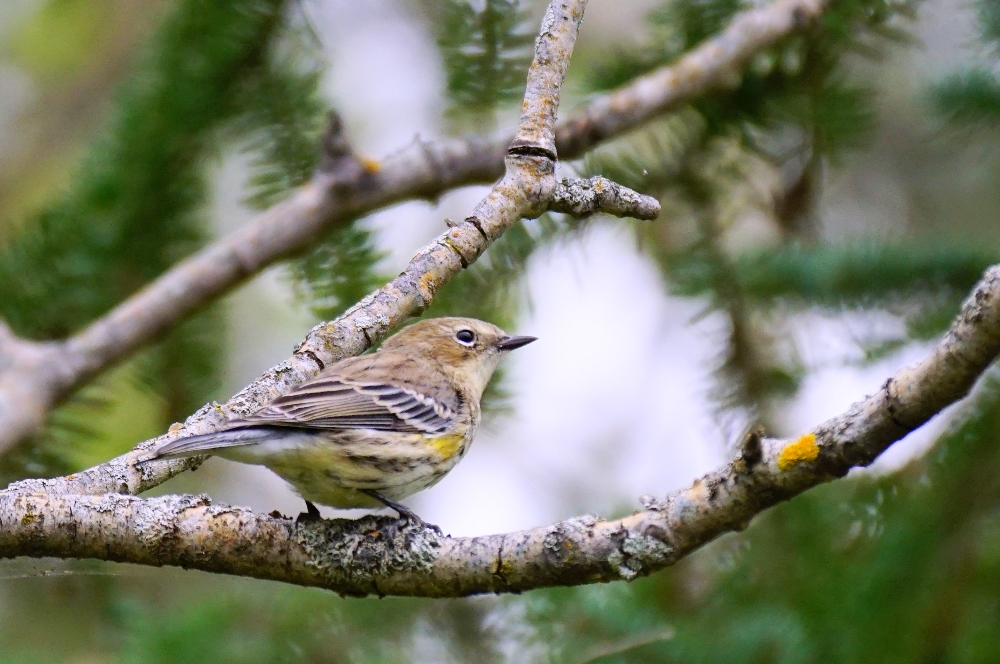 We are especially curious about what September will deliver this year because of the early spring we had. Many species like American tree sparrow, fox sparrow, white-crowned sparrow and slate-coloured juncos move so late in the fall that we only see the nose-end of their migration before it gets too cold and we have to shut down the observatory. This year, however, they had already mostly moved through the area on their way up to the tundra before we even opened this spring (and we opened a full ten days earlier than average). In theory their very early passage through our area equalled an early arrival to the breeding grounds which should, in-turn, mean the juveniles will come through earlier in the fall than they typically do. We have seen some evidence that this could be true; namely a couple white-crowned sparrows and juncos this week. Both of these species have been known to breed on Marten Mountain and in areas around Fort McMurray, however, so it’s possible we just saw some of the Albertan birds and not the tundra birds we are waiting for.