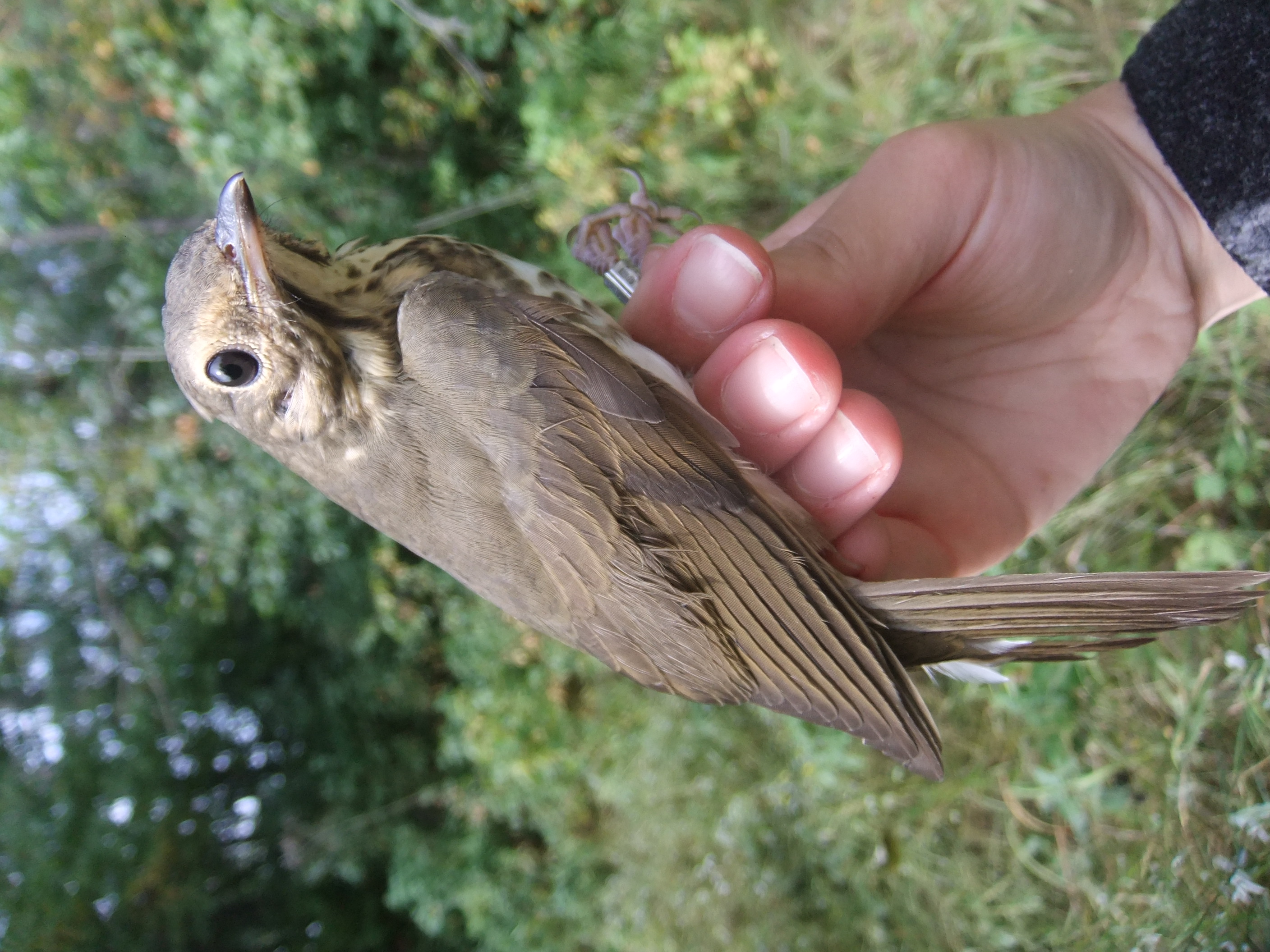 Above: Swainson’s Thrushes have been one of the most common species banded by LSLBO this fall.

When a bird is banded, it receives a leg band that is stamped with a unique number allowing it to be identified as an individual. However, the odds that a given bird will be seen again are very small: think of how many birds there are in North America, and how few bird banders! A lot of bands must be put on a lot of birds before we can expect to hear from one again.

LSLBO has banded a record number of Swainson’s Thrushes this fall, and this week we received the exciting news that one we banded on August 6th was found approximately two thousand kilometers away in Wisconsin on August 27th! This is the second Swainson’s Thrush banded by LSLBO to be encountered elsewhere: the first was banded in September 2003 and was found dead in Louisville, Kentucky in the spring of 2008. 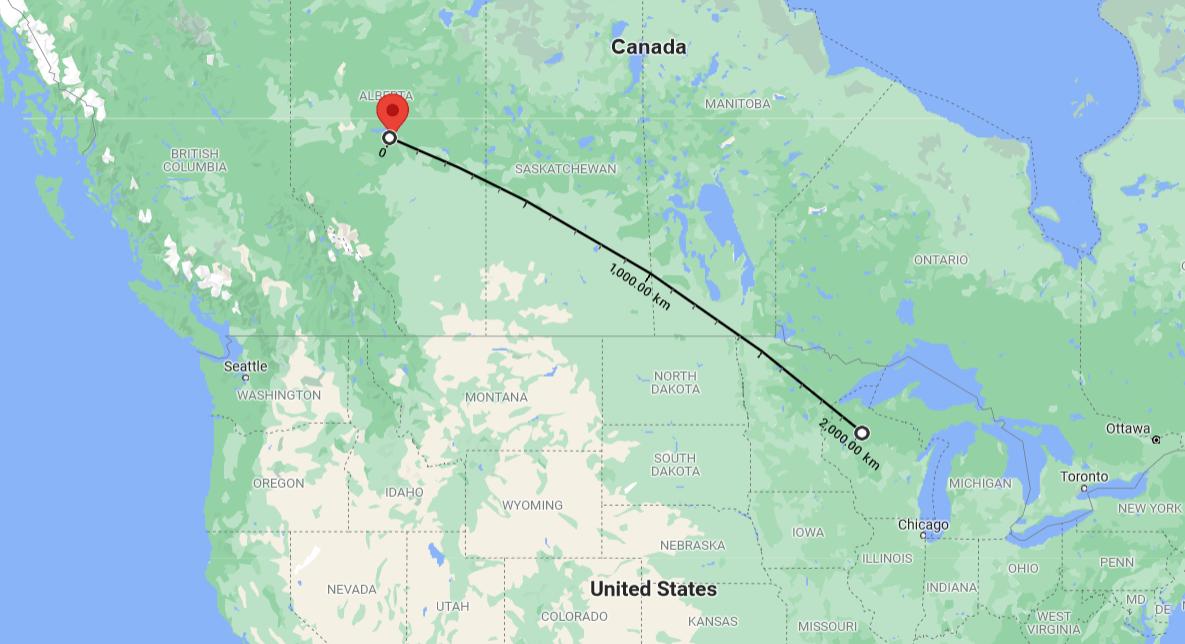 Above: A Swainson’s Thrush was found in Wisconsin three weeks after being banded by LSLBO on August 6th. From Google Maps.

Swainson’s Thrushes winter in western South America and on the face of it, it seems strange that one would travel all the way east to Wisconsin. A more efficient migratory route would be to fly directly south through the central United States. But our Swainson’s Thrush is not the only one to make such an extreme detour through eastern North America: among other examples, a Swainson’s Thrush that was banded on Pelee Island, Ontario one fall was encountered in Alaska the following summer, indicating that it was breeding considerably west of where it had migrated. But why would these Swainson’s Thrushes follow such an indirect migration pathway?

Part of the answer lies in the distant past – all the way back during the last Ice Age around 11,650 years ago, when Canada was covered by massive ice sheets. During this time the boreal forest and the animals that live within it were restricted to two ice-free areas to the southeast and southwest of the forty-ninth parallel. As the Ice Age ended and the glaciers began to melt, the boreal forest expanded in their wake, spreading first north and then west in a pattern that scientists have uncovered by studying fossil pollen and plants. Today, the boreal forest exists in a band that stretches all across the northern portion of North America, but the Swainson’s Thrushes that breed in Alberta will still migrate thousands of kilometres towards their ancestral breeding grounds in the southeast before travelling to their wintering grounds.

Undoubtedly, things like weather patterns and habitat distribution must also influence Swainson’s Thrush migration. Still, it is wonderful to think about how their behaviour reveals the shape of a landscape that hasn’t existed for millions of years but that still persists, if only as an ancestral memory in the mind of a bird.

A combination of inclement weather and a lot of Sharp-shinned Hawk activity has made for a quieter than usual week at the station, as the presence of predators means that we must be careful about capturing birds. Meanwhile our first night of owl banding was delayed by rain, but the nets are up and we hope to be catching Northern Saw-whet Owls soon.