I feel as though I don’t have much to write about this week; activity at the lab has continued in much the same way as the last few weeks. We are still seeing very good numbers of myrtle warblers migrating and are still catching decent numbers of birds. The late fall migrants I mentioned last week – the white-crowned sparrows, juncos, and orange-crowned warblers are increasing in number every day and they’ve been joined by more late migrants such as sandhill cranes, greater-white fronted geese, American pipit and Lapland longspur. We also started up the northern saw-whet owl program, but have yet to catch the first owl of the season.

So, all-in-all a fairly status-quo week here at the LSLBO. That’s okay though, after a busy summer it is nice to have some steady predictability at the lab. It gives us time to start looking back through some of the banding totals over the fall. We already know that the overall total will be very high though not record breaking; to break the fall record we would need to band another 1000 birds in the month of September – which although not impossible is ridiculously improbable. Despite not breaking any overall totals, we do have many species that have already broken their fall records. Three of the five woodpecker species we encounter narrowly hedged out their previous highs. So far we’ve banded 4 yellow-shafted flickers which beats the previous high of 3; 3 pileated woodpeckers annihilates the previous record of 1 (they actually beat their entire history, previous to this year only two have ever been banded); and the hairy woodpecker beat the record of 8 set last year with 10. Of all the species to be breaking records, I have to admit the large woodpeckers are not the ones I root for. None of these three species actually fits in my hand and they all have sharp, strong bills, sharp claws and a set of pipes that an opera singer would be jealous of. I’d prefer it greatly if quiet, easy-to-handle species got caught in record numbers. 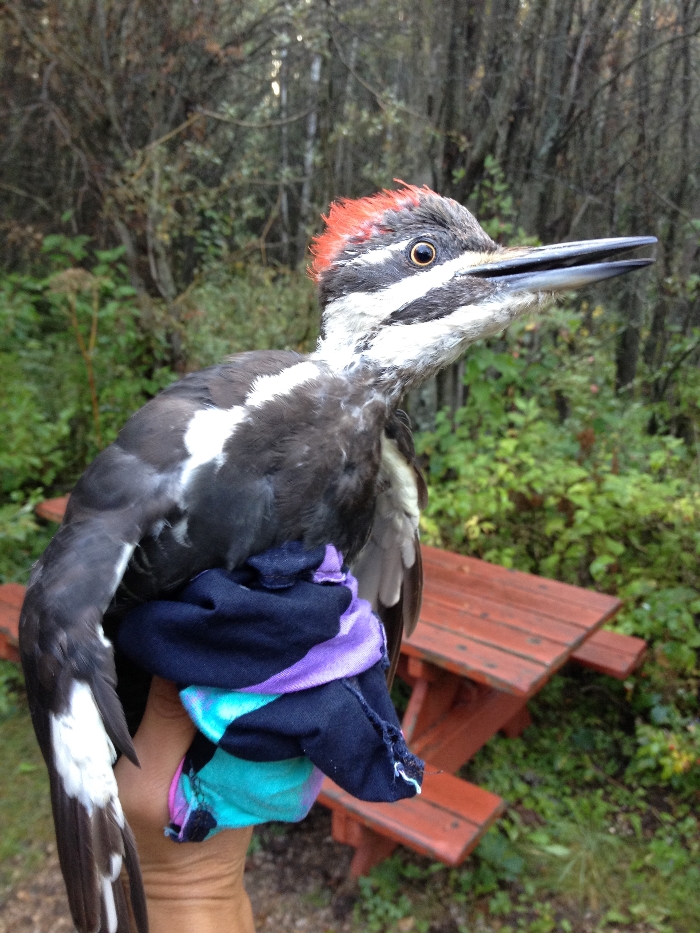 Most of our other record species this year were also feisty species – by far not as challenging as the woodpeckers – but still biters and screamers. Western tanagers, our mascot species and a definite screamer, nearly doubled their old record of 14 with 26 banded this fall. Red-eyed vireo, the masters of biting with a wicked hooked bill, beat their record of 47 with 58. Two more strong-billed birds, the purple finch (11 banded beating out 8) and white-throated sparrow (82 banded beating out 74) round out the list of feisty species. 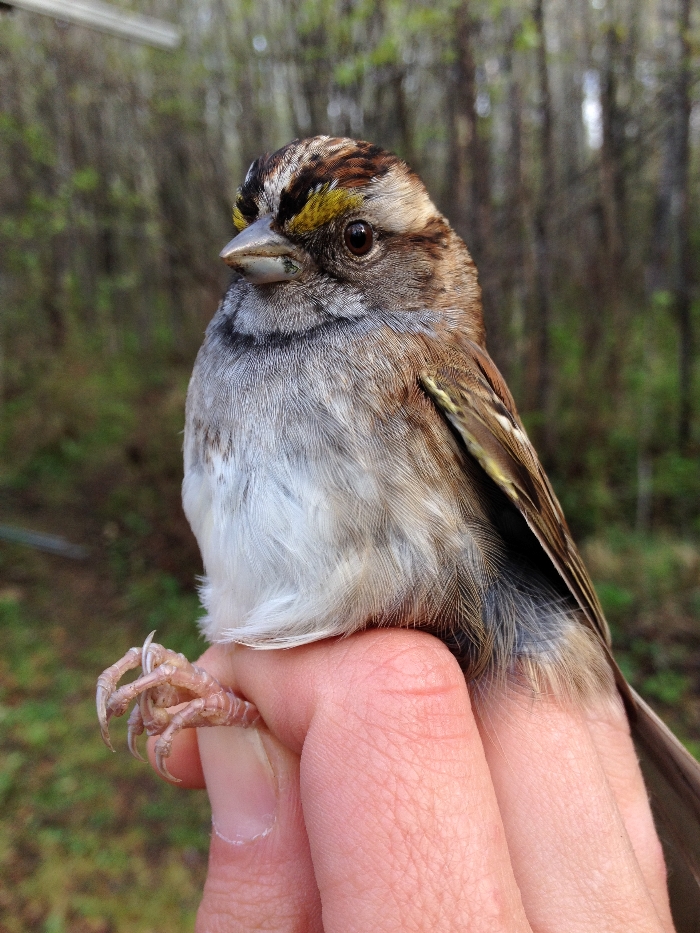 Thankfully at least one record breaker was a gentle bird – a bit of a kicker – but at least not a blood-drawer. The mourning warbler is just barely squeaking in; at 45 banded it’s beating its record of 44 by only 1. 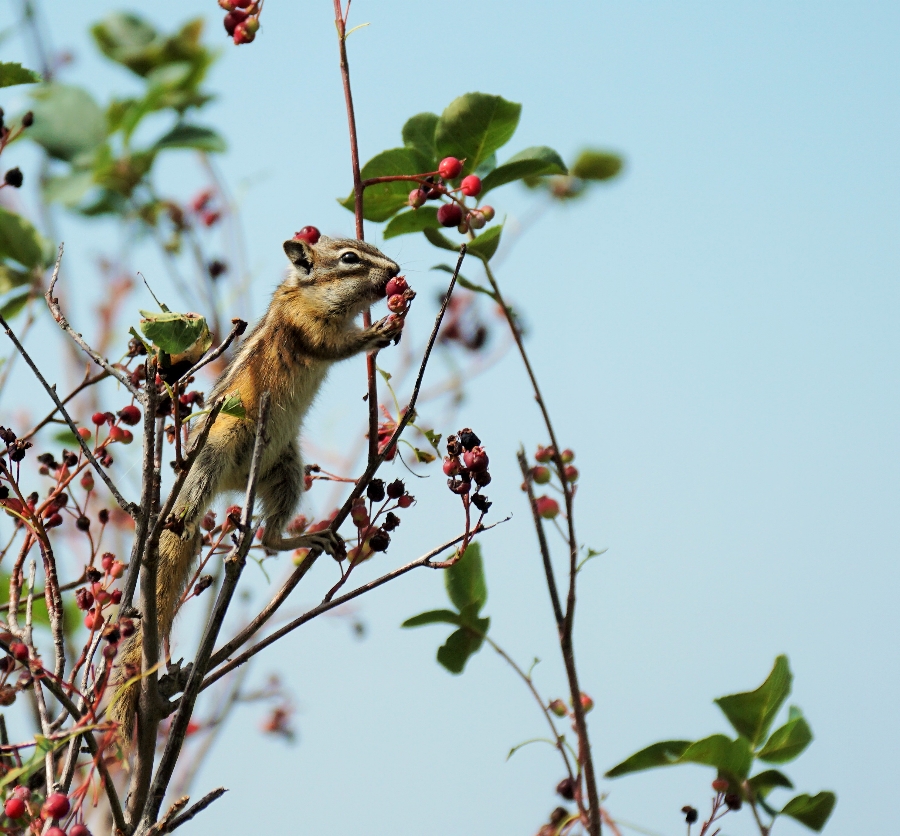