This week we began our Owl Migration Monitoring program that targets two very small owl species: the Northern Saw-whet Owl, which is about the size of a pop can, and the slightly larger Boreal Owl. Despite the targeted efforts of researchers across Canada and the United States, these owls’ movements are still poorly understood. Before researchers started using audio lures and mist-nets to capture Saw-whet Owls, they were thought to be very rare, strictly northern, and possibly going extinct. Since targeted efforts began, we have learned that Saw-whets are actually very common, can be found seasonally in California, and have generally stable populations. Few places target Boreal Owls, so little is understood about them. 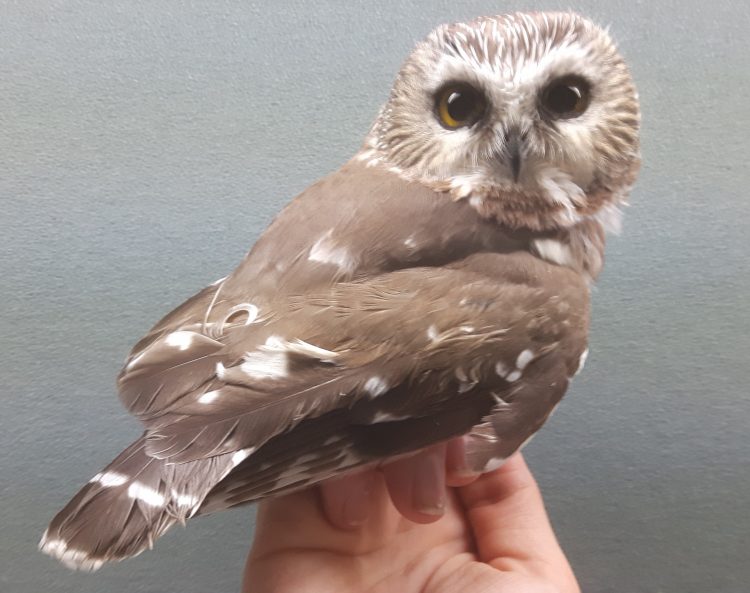 The cloak of mystery surrounding many owl species is due in part to their nocturnal and reclusive nature, which causes these species to be poorly monitored by traditional techniques. Most owl species found locally (such as Great Gray Owls, Great Horned Owls, and Barred Owls) do not appear to migrate. Attempts to capture these species would find only local breeding birds and perhaps a few dispersing young. Relatively little useful data would result from the intense effort that would be required to capture and band these non-migratory species.

In contrast, Saw-whet Owls migrate. This allows researchers to lure in new individuals every night as the owls make their way south for the winter. With over 100 stations capturing Saw-whet Owls in the fall across North America, we can get a pretty good idea of what their populations are doing across their breeding range. This method of studying populations as they flow through a fixed location is similar to that of our songbird migration monitoring programs.

Although our second target species, Boreal Owls, are hypothesized to be migratory, this may not be the case. Since 2016, we have run a Boreal Owl pilot project, but since then only ten Boreal Owls have been captured. In the same period, 387 Saw-whet Owls have been banded. We are left to wonder if Boreal Owls are indeed migratory or if we are in a poor location to capture them as they move through. 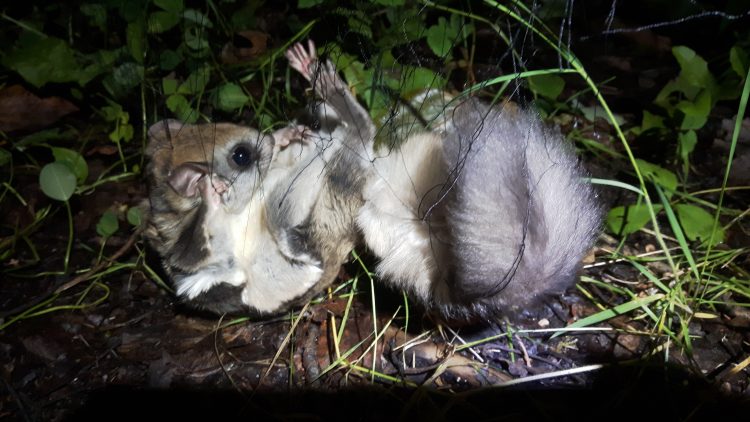 Pictured: Northern Flying Squirrel taking a rest in an owl net on the night of September 2, 2019.

Not only do our nets capture owls, but they can also capture nocturnal mammals, such as Little Brown Bats and Northern Flying Squirrels, both of which pack a mean bite. We have not yet captured a bat this year, but the first day of monitoring turned up a flying squirrel. Like owls, flying squirrels have very large eyes and large ears that help them navigate in the dark. Unlike owls, flying squirrels do not have feathers and do not actually fly. Instead, they use skin flaps stretched between their four legs called patagium, which help them glide through the air for distances up to 45 m (150 feet). Here’s to hoping that our nets can capture many owls, but few mammals this season!