The unusual and exciting captures of our Fall Migration Monitoring program continued for the Lesser Slave Lake Bird Observatory with our tenth ever Red-winged Blackbird, despite periods of poor weather and often subdued bird activity. Thanks to this lull we are able to summarize our Monitoring Avian Productivity and Survivorship (MAPS) program, which completed on August 1. 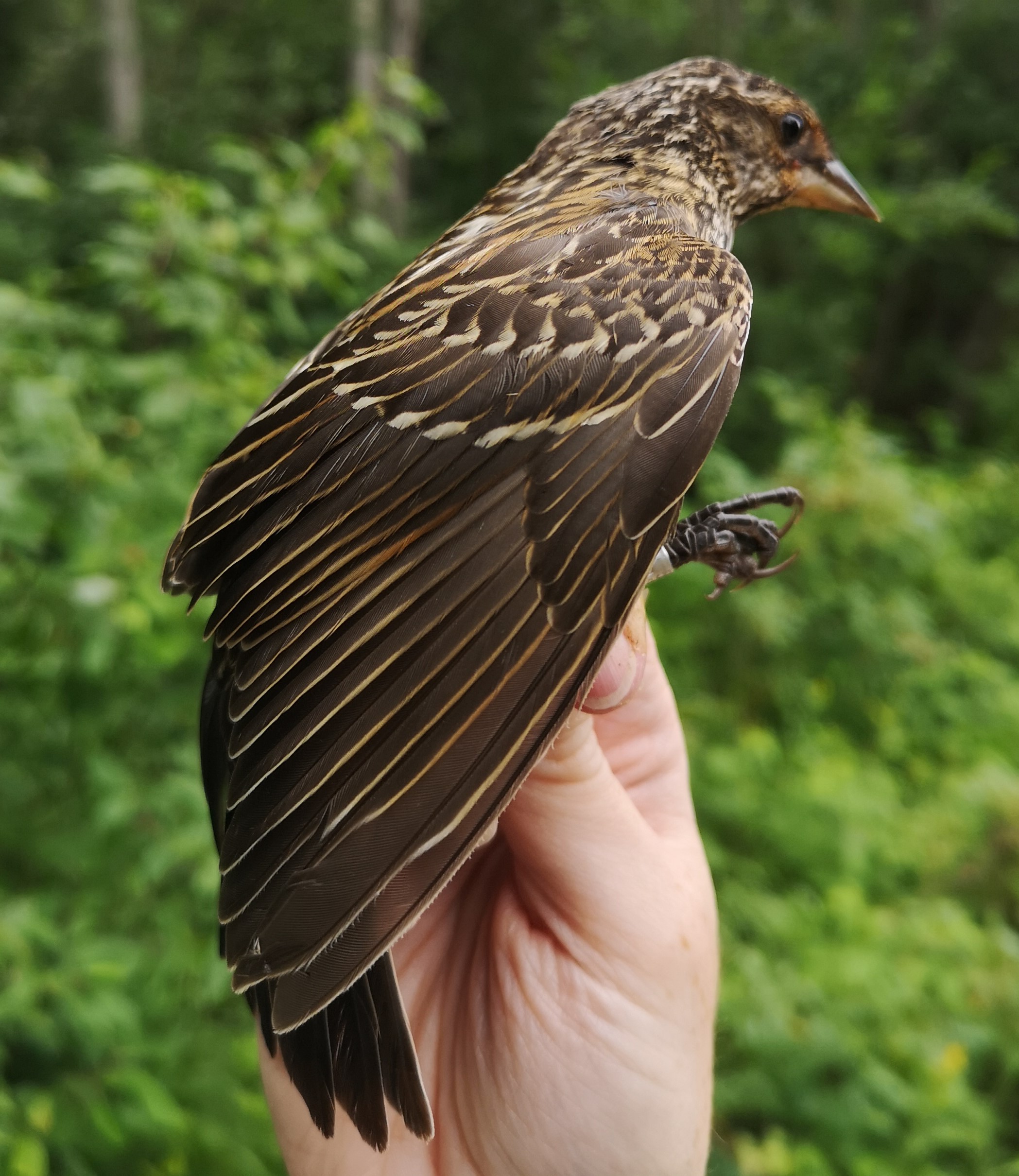 Above: This Red-winged Blackbird was one of the few that have come down low enough to find a net. They often prefer to fly over the tree tops.

MAPS is an international effort that documents the breeding condition of captured birds to loosely track their breeding cycles without having to find their nests. This program can also consider the age of captured birds to determine how many young leave the nest and how many young return to breed in the following year. This is critical information for conservation efforts since it can let us know if population declines are occurring on the breeding or wintering grounds.

After a busy start for captures, 2022 was the second-busiest MAPS season since we began this program in 1995 with 612 birds banded. This is second only to last year’s 862 bands and well above the MAPS average of 280 bands per MAPS season.

With so many birds banded, it is unsurprising that we caught more of some species this year than in any previous year. Among these record breakers were American Redstarts at 141 banded, edging out their previous record high of 123 banded last year, while Least Flycatchers surpassed 15 banded in 2001-02 with 21 banded.

Captured species diversity was also high at 30 species, similarly above the average of 26 species per season. Among the rarely banded species there was our third ever MAPS Yellow-bellied Flycatcher and second Nashville Warbler. There were no record low captures for any common breeders. 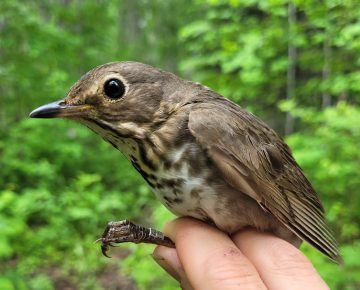 Above: This Swainson’s Thrush may have been the oldest known-aged bird of MAPS 2022 at at least 7 years old. 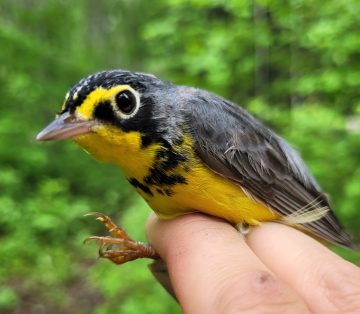 Above: Meanwhile, this Canada Warbler has visited us nearly every year since 2017.

No one sets out to band birds for the sole purpose of discovering how long they can live, but it is a nice bonus, especially for programs that focus on breeding birds who often return to the same area year after year. Recapturing these birds years after they were banded is often the only way we can solve the mystery of how long they can live. Of the 379 MAPS recapture records in 2022, the oldest bird may have been a Swainson’s Thrush estimated to be at least seven years old who was first banded in 2016, but is still short of the longevity record for this species of at least twelve years old. Another interesting recapture was a Canada Warbler banded as a young bird in 2017 in our MAPS site ROAD and recaptured multiple times every year since – often in the same net, but rarely more than 150 m away. This bird is just two years shy of the record for the oldest known Canada Warbler of 8 years old.

Now that breeding attempts have mostly concluded, both us and the birds can really focus on their southward migration.