While the past week has forced our nets closed due to high winds and other unfavourable weather, since fall migration started we have been seeing an influx of young birds eager to head south as soon as possible. We’ve also finally finished the Monitoring Avian Productivity and Survivorship (MAPS) program for this season.

With stations as far north as Fort Mackay and as far south as San Antonio, Texas, the MAPS program has been a staple of North American banding since the late eighties, with over 1200 current and former stations. Here on Lesser Slave Lake, we’ve had three MAPS sites running since 1994 and a fourth set up in 2000.

The goal is to keep tabs on birds returning from their wintering grounds in South America, such as whether they’re annual breeders or first time returnees from last season, and how many offspring they’re able to produce. With this in mind, conservation efforts can be focused to better address the reasons behind population decline (such as poor breeding success). 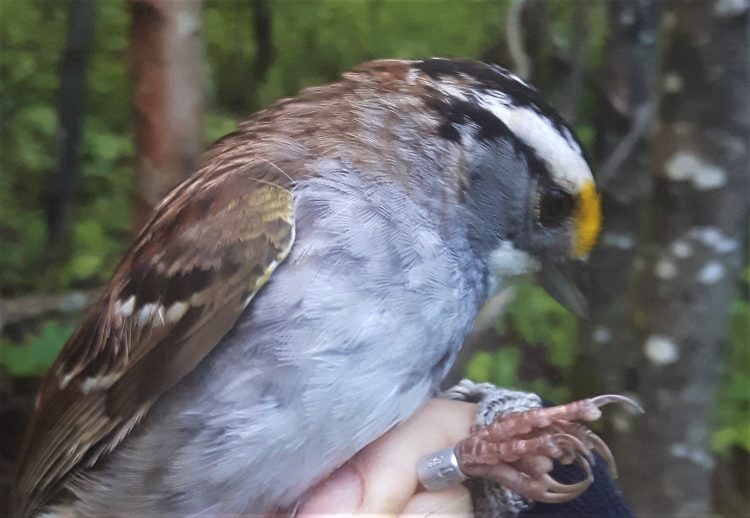 Pictured: White-throated Sparrow recaptured in our MAPS site RESI estimated to be at least 8 years old!

As a result, we do see a number of returning bands. While we usually recapture individuals from the same season (due to birds sticking around the area throughout the summer), there are those we see from years past. Last year, there was a total of 39 birds with older bands that were at least three years old at the time of recapture. One Black-capped Chickadee banded in 2014 came back every year up until 2019. Another frequent visitor is a White-throated Sparrow also banded in 2014, and who has been recaptured at the same MAPS site roughly every two years since, including this year now estimated to be 8 years old or older.

Recaptures aside, we saw a record breaking MAPS season this year: 505 bands of 33 species! To put that into perspective, our last record was set in 2003 with 423 birds banded. That’s a gap of 82 birds! Not to mention the number of bands we might expect to use in an average MAPS season sits at 242 of 25 different species. 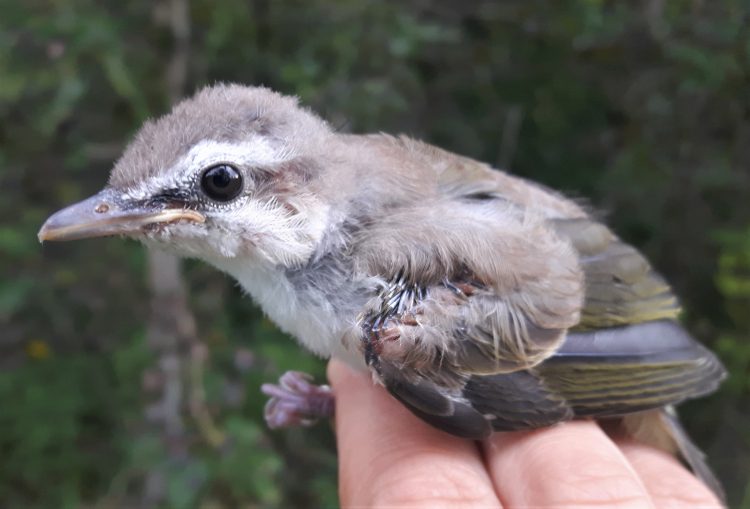 Pictured: Fledgling Red-eyed Vireo captured during the LSLBO’s MAPS program. This bird’s eye will turn from brown to the red of it’s namesake on the wintering grounds.

This sort of explosion in numbers doesn’t necessarily translate into a more successful year for breeding birds. Since our last two MAPS periods from July 20th to August 5th overlap with fall migration (which began July 12th), we’re not often capturing local breeders but migrants. Usually we might see a busy day for one station, but for a variety of reasons, such as blowdown opening up microhabitats, all four stations saw a lot of migrants in this overlapping period this year.