This past week we have banded more birds than we did during all of spring migration; we don’t even need to count the whole week – in only five days we beat the almost two months’ worth of spring banding. Naturally, with that much banding, there was also a lot of observations. Most days this week we counted well over 1000 myrtle warblers, several hundred Tennessee warblers as well as another several hundred other warbler species. So what brought on this huge rush of migration? Thunder, lighting and rain. After blowing for weeks early in the season the wind finally blew itself out last week and bird migration started to pick up. Then at the end of last week we had two solid days of stormy weather. The birds that had been held back by the wind, that were only just starting to move again, got grounded once more and were forced to wait out the rain.

We were also forced to wait out the rain. We still go out on rainy days and do our counts and observations but we don’t do any netting for the safety of the birds. Although birds are exposed to rain while flying around, the way their feathers overlap each other and knit together naturally repels water and keeps the bird’s skin from getting wet. If we were to open our nets in the rain and catch birds they could die of exposure very quickly since the net would part their feathers and allow water to soak their downy under-layer of feathers. 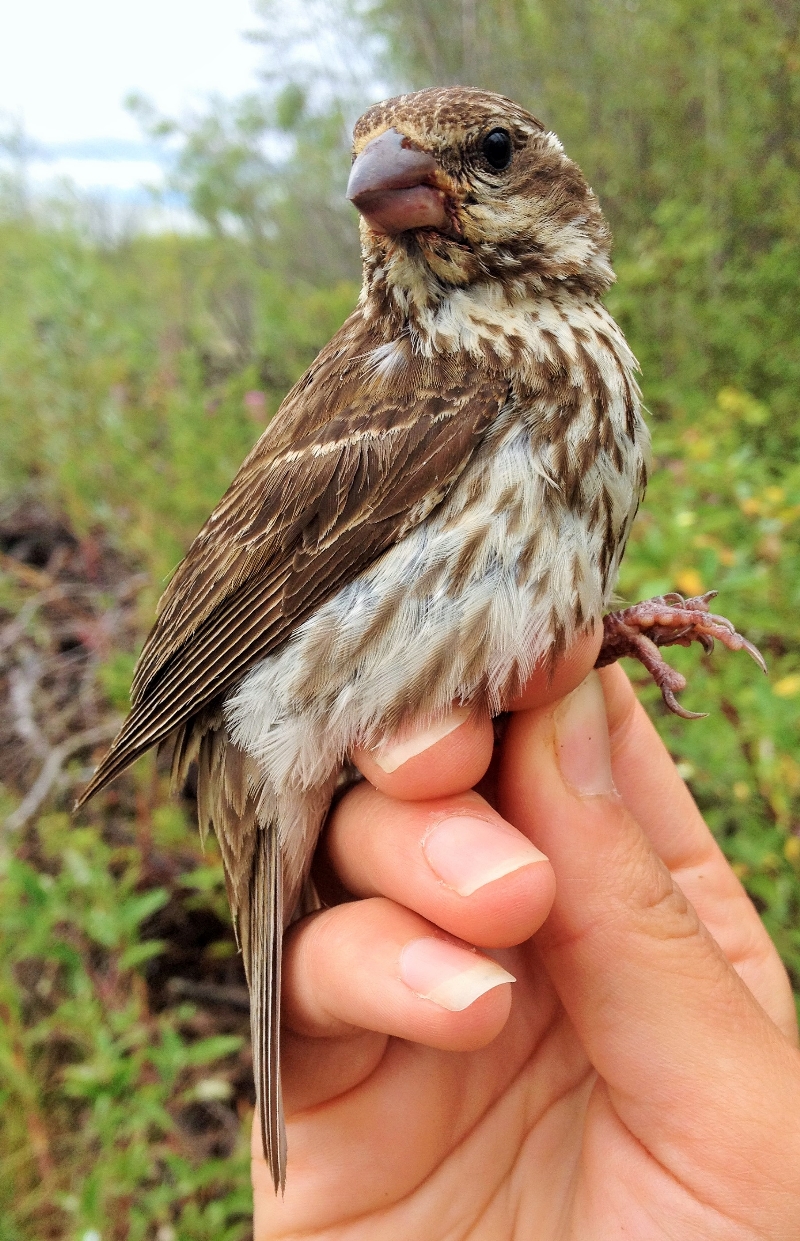 For two days we operated with closed nets, observed very little and felt the chill of standing in the rain… but that first day we were able to open the nets, the birds more than made up for the two days of cold boredom. We banded 203 birds that morning, mostly Tennessee warblers. In the eight years I have worked here this is only the second time we have cracked the 200 mark – even in Richard’s 12 year history he has only seen two other over 200 bird days. Every day for the rest of the week we were either just under or just over hundred birds, with the exception of one other day where we only 4 birds shy of hitting 200 again. 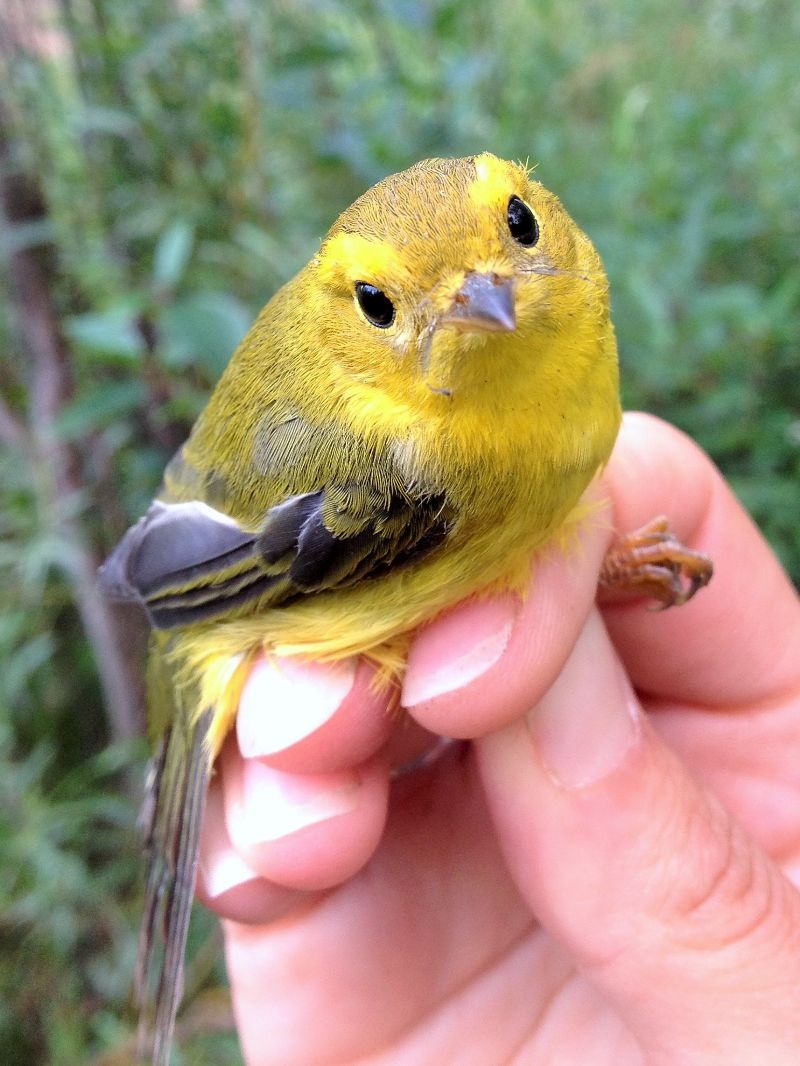 On top of there being a phenomenal amount of birds moving and being banded, there was also nice diversity. Very often busy days are a rush of just one species, but we were lucky that although Tennessee warblers were the most common species we were catching, we weren’t only catching them. We caught several bay-breasted warbler (a generally uncommon species that is starting to become quite a common sight this fall), a couple Cape May warbler, a western palm warbler, a Connecticut warbler as well as many firsts for the year: Wilson’s warbler, purple finch, warbling vireo, Philadelphia vireo and blue-headed vireo. 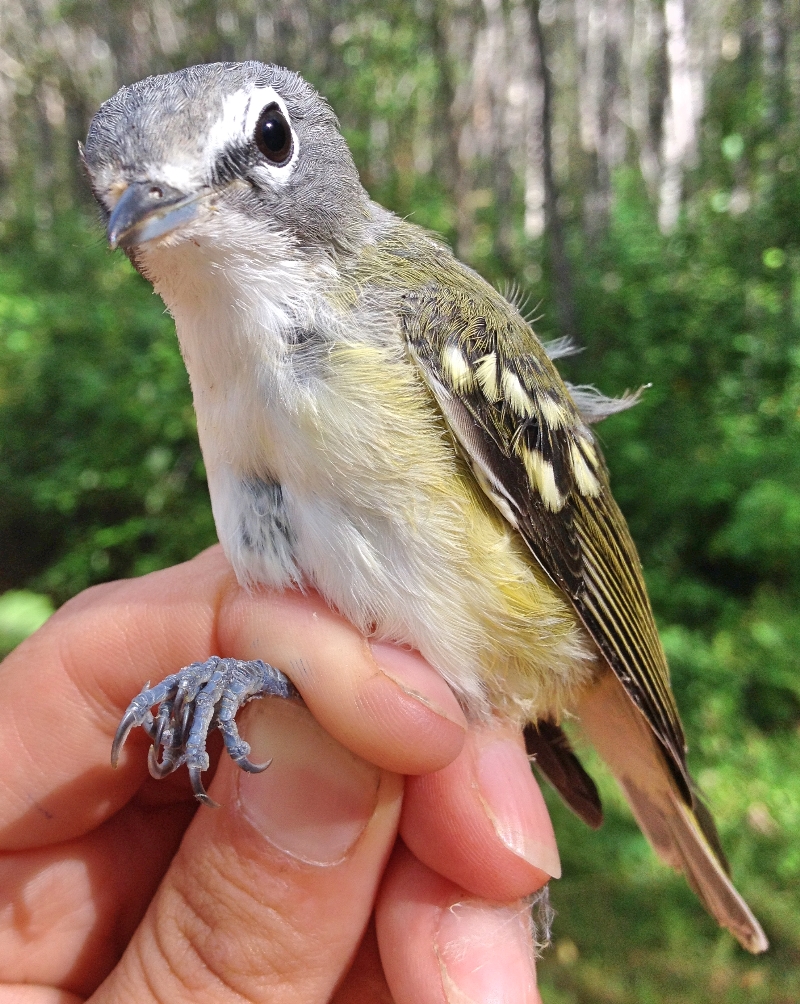