Last week I was saying that things had slowed back down to normal, but I guess I spoke too soon. We had another couple days with over 100 birds captured as well as some better than 50 bird days. Now, though, I think I can be safe in saying it has slowed down (or perhaps the birds will make a liar out of me again which would suit me just fine!) The regular late morning winds that have been absent for much of the fall have returned contributing to the slowing down. We are still having decent luck in the first couple hours of the day, but as the sun rises and stirs up the air our nets get blown out and birds stop moving as much. 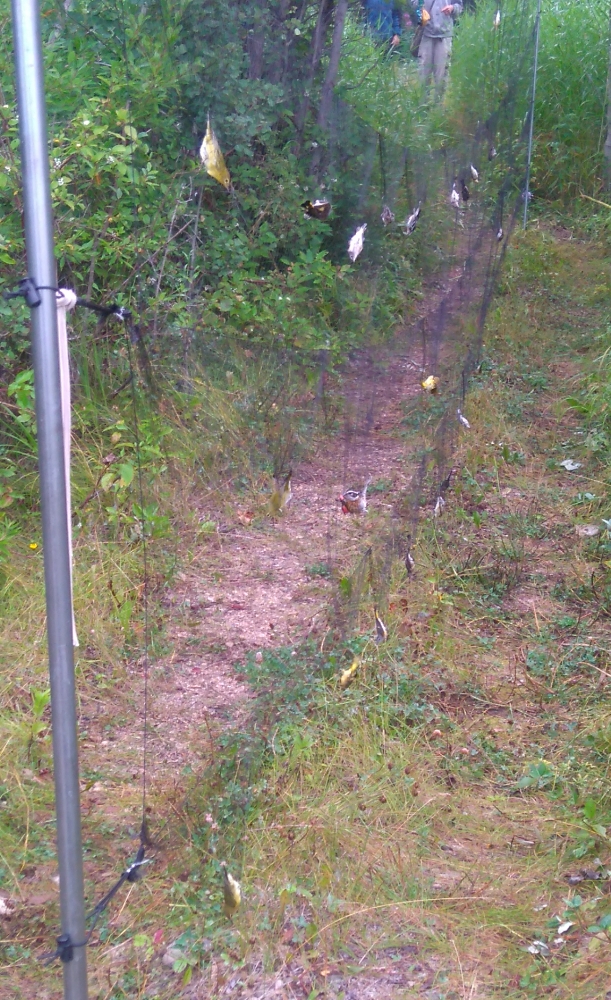 Currently we are at 1830 birds banded (about 200 more than last fall with over a month to go) with Tennessee warbler as the top banded species at 275. White-throated sparrow, myrtle warbler, Canada warbler and Swainson’s thrush round out the list, all pretty close in number to each other. The Canada warbler at fourth place with 155 is really the most noteworthy one. Their previous banding record was 114 which they have blown out of the water. It is nice to see a threatened species making, and staying in, the top five.

As for what we are seeing, there is still a decent variety of warbler and sparrows moving, but many species are starting to dwindle in number as their migratory windows close. Birds like white-throated sparrow, Lincoln’s sparrow, Tennessee warbler, American redstart, mourning warbler, Canada warbler and many others are pretty well done and just the stragglers are still moving through. Some species are increasing though. Myrtle warblers are starting to take over as the predominant migrant and we are seeing more palm warbler, eastern kingbird and sharp-shinned hawk every day. Any day now we’ll start seeing some of the more northern breeders like orange-crowned warbler starting to pass through. 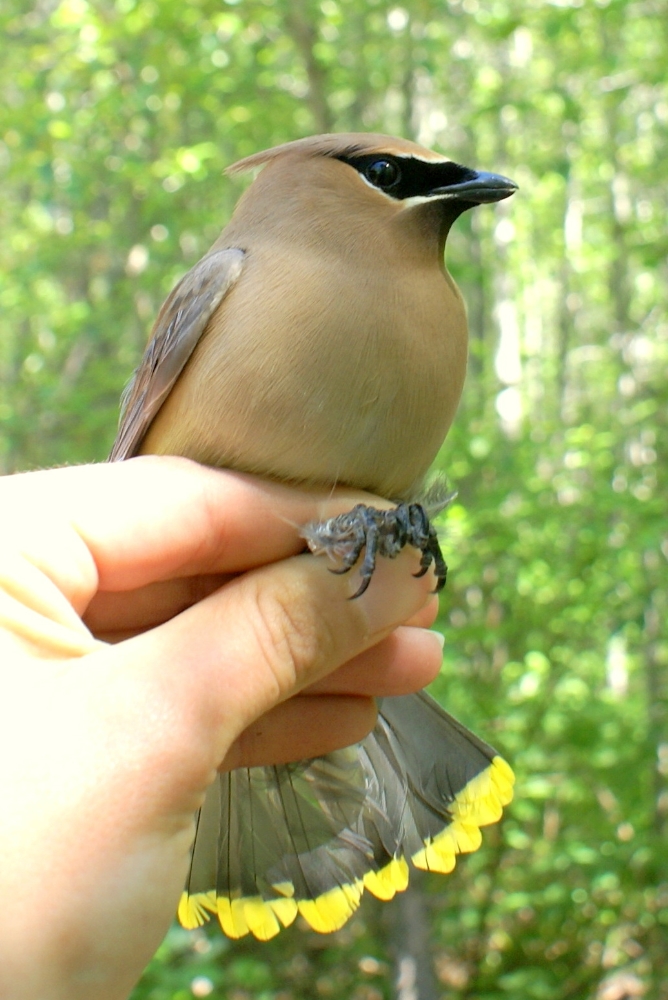 Perhaps the most noticeably increasing bird species is cedar waxwing. Not to be confused with bohemian waxwing that are here in the winter, cedar waxwing are one of the last species to arrive on northern breeding grounds and that is because they time the hatching of their eggs with the fruiting of trees like Saskatoon, pin cherry and choke cherry. Prior to the ripening of berries the adults will feed on last year’s old berries as well as insects, but ripe berries are the preferred food for raising chicks. This year the fruiting trees did amazingly well and as a result the local cedar waxwing seem to have had a lot of success fledging young. We are seeing well over a hundred waxwing, both adults and recently fledged young, circling around the lab every day, scouring the shrubs for whatever berries they may have missed. 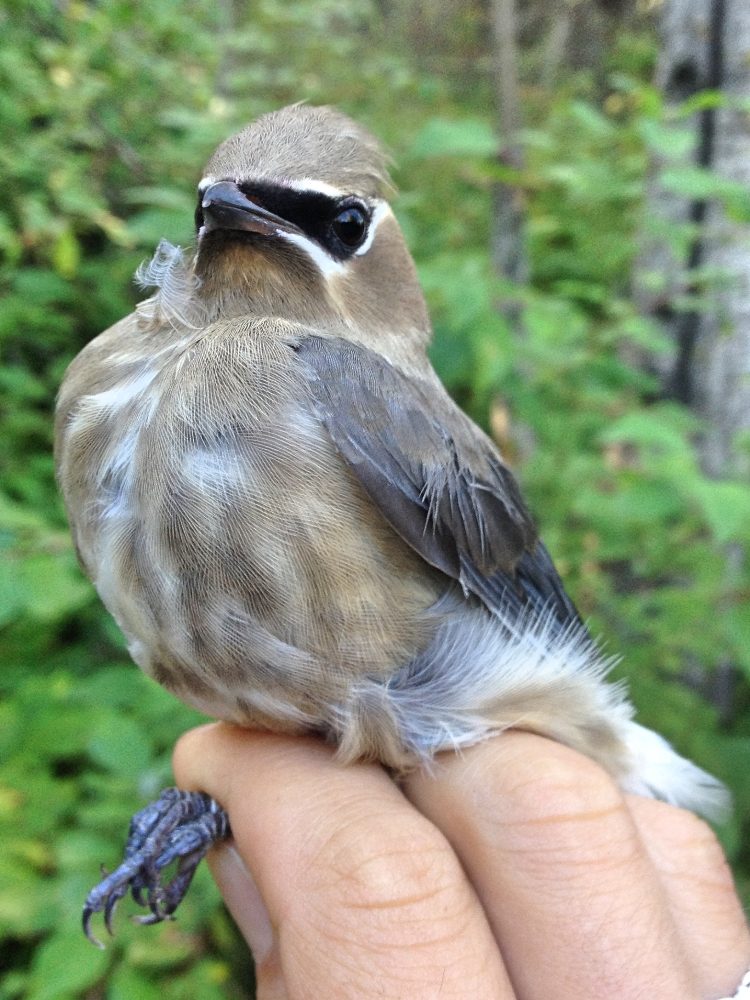