After our spectacular start to fall migration, with 122 birds banded over 2 days, we all but stalled-out due to windy and rainy conditions. Over the last six days we have only caught around half that bringing the total for the season to just over 200. Not only has the banding been slow, but we also haven’t counted many birds. Not many songbirds like to fly in the wind, and even the ones that are active are difficult to hear and identify. Species we are seeing though are lots of cedar waxwings busily collecting berries to feed to their youngsters and massive flocks of pine siskin wheeling overhead (we suspect they are moving back and forth between town and Marten Beach looking for the best feeders). Several of the warbler and sparrow species are also starting to move and we are seeing more and more active migration every day. 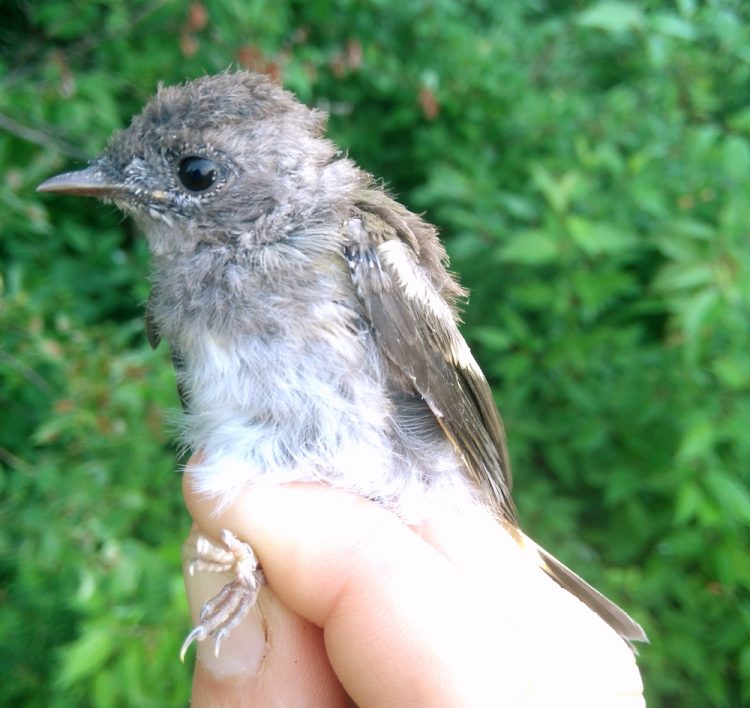 So far our top banded species are myrtle warbler, yellow warbler and American redstart and we have been primarily catching the juveniles. That is perhaps one of the most surprising thing about songbirds – the juveniles migrate before the adults. Unlike large waterfowl like ducks and geese that need to learn their migration route and wintering grounds, songbird know where and when to go entirely by instinct. Young birds stay with their parents just until they feel fit enough to strike out on their own; they aren’t driven off by their parents like many mammal species are. These young birds, many as young as four weeks old, are guided by engrained knowledge and will navigate the perils of the world all on their own until they reach their species’ wintering grounds (they’ll know it when they get there). They will have to learn about buildings, vehicles, cats, powerlines, unnatural light sources and so many more hazards all on their own. They are truly the bravest and most intrepid of little travellers. 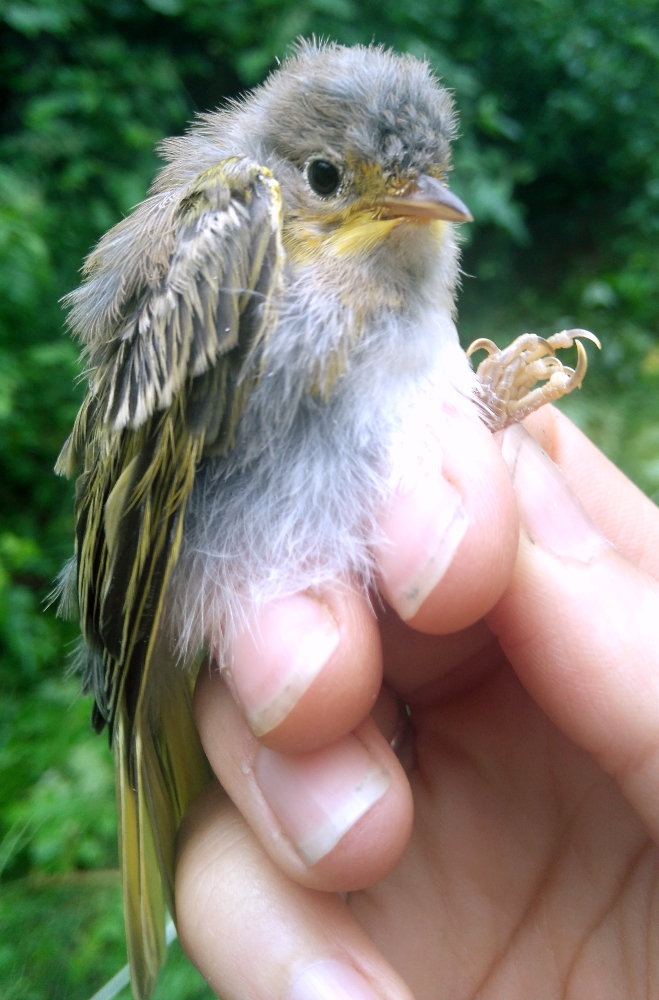 After the excitement of the rufous hummingbird I wrote about last week, we haven’t had any other remarkable bird sightings or captures, we did, however, have some interesting non-bird sighting. We saw a mother bear and her two young cubs wandering down the road one morning, it was very nice watching the cute little cubs playing with each other. Thankfully they were far enough away from us that we weren’t worried about our safety and could watch them pass by with our binoculars. The other sighting was more interesting in my opinion as it was of a species I have only ever seen in the Park one other time. We saw a cow elk traipsing down the Trans Canada trail. Last year I saw my first elk in the Park and so I am surprised to see another so soon – perhaps they are expanding their range into the Park and replacing the dwindling woodland caribou population that historically called this area home.