We are off to a great fall season; only a week in and we have already banded over 320 birds. To put that in perspective, this time last year (which was ultimately a very busy year) we had only banded 85 birds. The big question I have is: are things going to continue to get even busier as we go into the end of July/ beginning of August which is typically our busiest point in fall migration? OR are things going to get painfully slow because everything is moving very early for some reason and this busy stretch will be all we get? It’s hard to say how it is going to play out since although we are catching more birds than we usually do this early in fall migration, we are catching the species we expect to be catching and they are at the age we expect them to be at. Juvenile yellow warblers, myrtle warbler, ovenbird and black-and-white warblers and adult Swainson’s thrush and white-throated sparrow are making up the bulk of what we are banding. 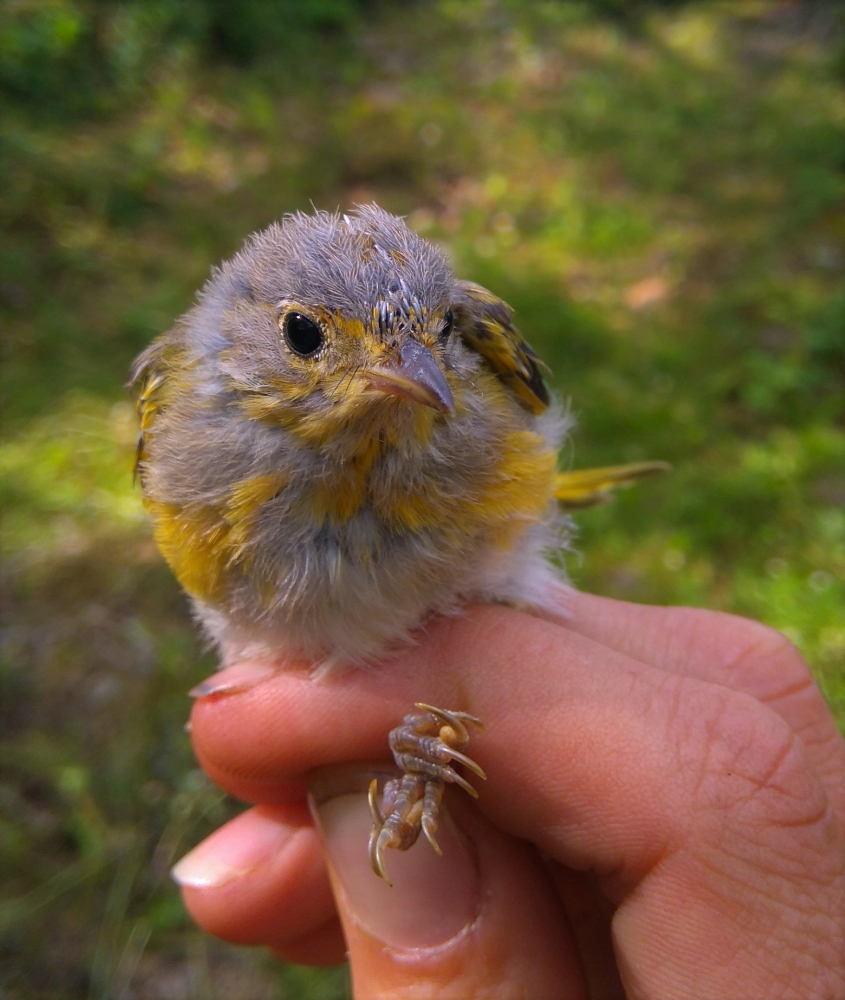 Amidst all the expected birds, though, we are catching some nice surprises, like quite a few western tanager which are our mascot bird species. We have also captured a lot of red-eyed vireo and even a Philadelphia vireo and blue-headed vireo – all we need now is the warbling vireo and we’ll have banded all four Alberta vireo species. 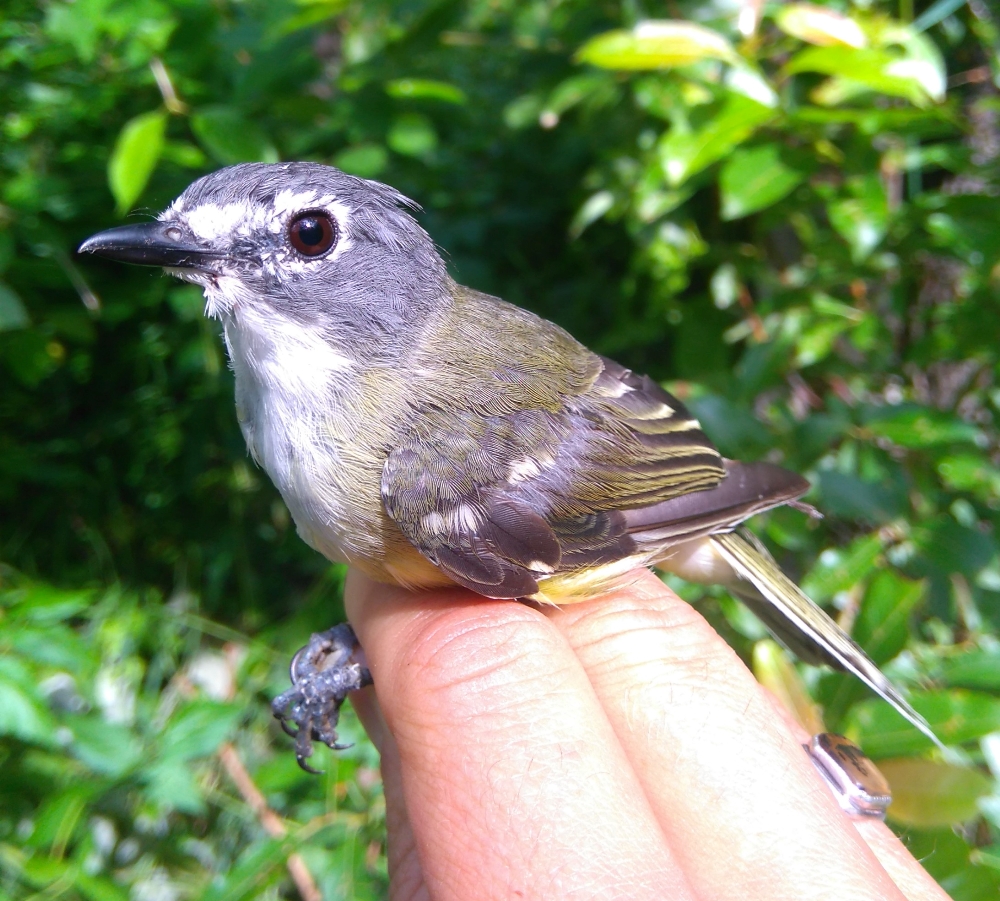 The vireo family is an interesting group of birds – for anyone who liked my article on bird names, the vireo family is named from the Latin word virere meaning: to be green, which is in reference to the greenish-olive-coloured back that most species have. All North American vireo species except for one (the Hutton’s vireo, a resident of the west coast) are extremely long-distance migrants; the red-eyed vireo being the most ambitious with breeding grounds as far north as northern Yukon and wintering grounds in Argentina. The red-eyed vireo actually holds another record and this one isn’t only within the vireo family – of all bird species, they are the most persistent singers. A single red-eyed vireo was recorded singing 12, 970 songs in 14 hours between sunrise and sunset. That is 15 songs every minute or one song every 3.5 seconds. Although the other vireo species aren’t that incessant, they are all avid songsters as well. All vireo also build really interesting nests. Their nests resemble a small pouch woven out of spider webs and lined with grass suspended in the crook of a branch, and unlike most birds, the male actually help the female build the nest. Perhaps the most tell-tale (and visually obvious) vireo quality though, is their long, sturdy, hooked bill. I couldn’t find anything about why vireo all have a hooked bill but I speculate it has to do with their habit of bashing large insects against branches to kill them – perhaps the hooks helps keep the insect from slipping free with all the vigorous swinging around going on.