It has been a good week for us; we finished off the fifth round of MAPS banding (only one more to go!), had a couple days of solid banding and we have had some great visitors.

Monitoring Avian Productivity and Survivorship or MAPS is the program we operate during the summer to monitor and band birds breeding in the forest around the observatory. Unlike Migration Monitoring, MAPS banding is not run every day. Each MAPS site is only operated six times over the summer and each site visit is ideally separated by ten days. So, in essence it takes sixty days from the first to the last visit at any given MAPS site and we operate a total of four sites. Between spring and fall migration it is very easy to run four days of MAPS banding followed by six days of other project followed by four days of MAPS banding and so on… But all that changes when fall migration starts. Fall monitoring begins right in the middle of the fourth round of MAPS and it presents a real challenge because one of us (myself or the other bander) must be at the migration station every day. This stretches us thin and makes it our most stressful time of year. Generally we must rely on wrangling some volunteers; thankfully this year we have our summer student Jacob which has definitely made things run smoother. Not only are we almost done, but the fifth round was great, we banded lots of birds of an excellent diversity including an adult male bay-breasted warbler. Bay-breasted warblers are not uncommon, but they are a canopy species so they don’t fly or hang out at the level of our nets. This is only the second time in 12 years that we have caught an adult of this species. 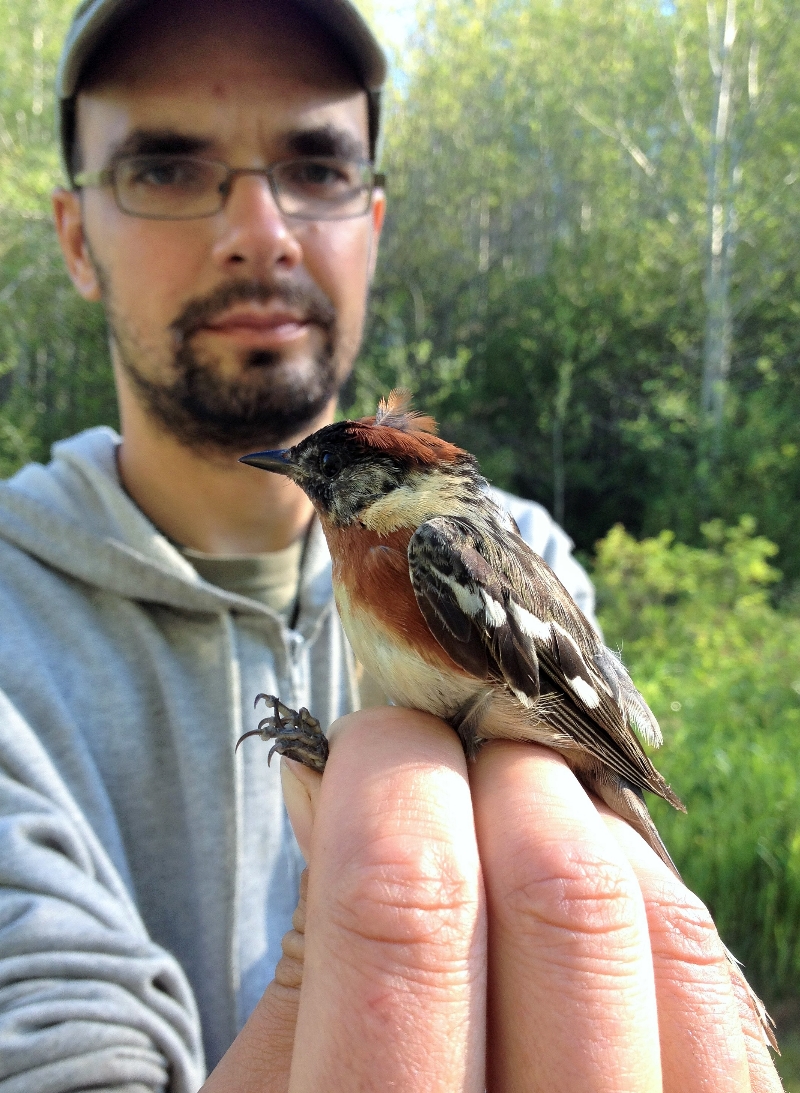 Richard (our bander-in-charge) with a bay-breasted warbler

At the migration station we also had a couple really great days of banding. The week started out incredibly windy; wind gusted all day and night every day. The wind finally let up mid-week during the middle of the night. All the birds that weren’t able to migrate on account of the wind quickly took advantage of the calm conditions to make up for lost time. In the last few days, we have seen lots of birds, mostly Tennessee warblers, yellow warbler and myrtle warblers, migrating overhead. In the nets we have been catching mostly ovenbirds, Lincoln’s sparrow and Swainson’s thrush – all species that migrate stealthily through the forest as opposed to way up in the sky. An unexpected species that also turned up in the nets was a juvenile male black-throated green warbler. These birds are another canopy species that although common, are very uncommon in the nets. 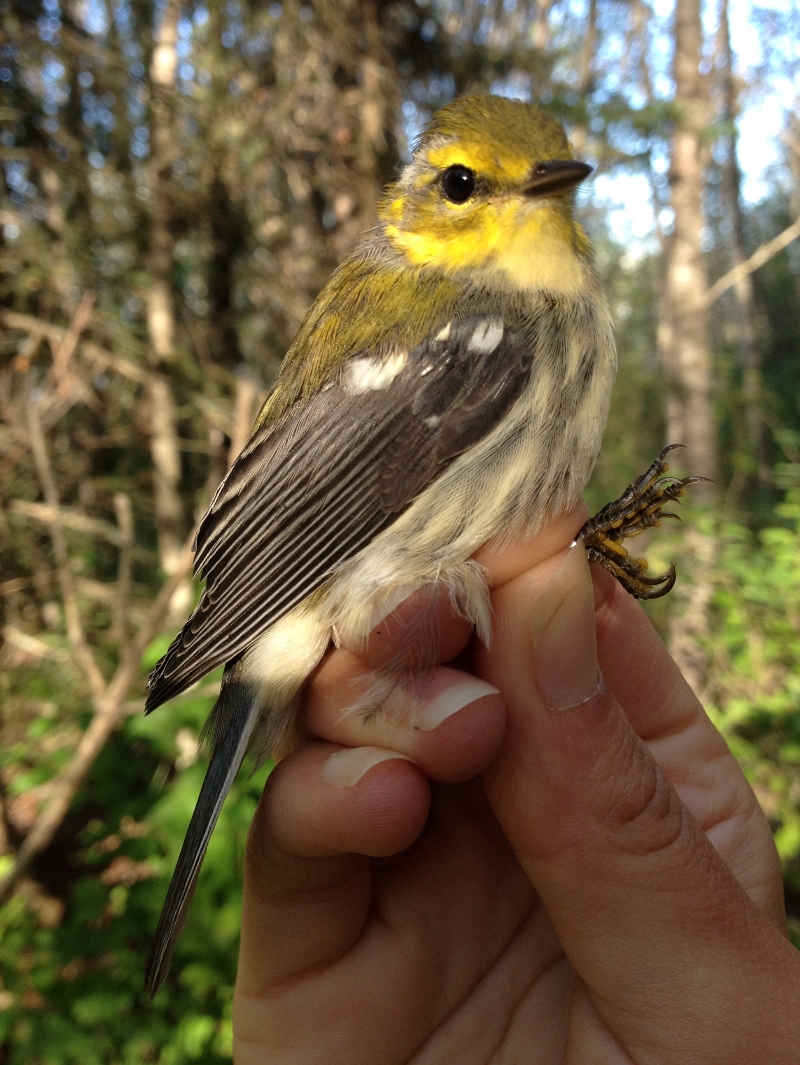 In the midst of all this banding and bird-watching we have also been entertaining an increasing number of visitors almost every day. Although we are always open to the public, we to encourage people to take advantage of the drop-in tours we offer throughout the fall monitoring season. If you have ever wanted to see for yourself what I write about every week, you can stop in at the LSLBO on Wednesdays or Saturdays between 9 – 11 am.