Unfortunately it has been another slow week at the Lesser Slave Lake Bird Observatory. Not many birds have been seen actively migrating and even fewer have been banded. We partly blame the poor weather again, but even the nicer days haven’t produced much bird activity. Despite low levels of migration, there are still lot of the breeding birds to see as they busily forage around the lab. The most popular dining location: the Saskatoon shrubs! I don’t know what combination of heat and rain Saskatoons like but they sure got it this year. Many of our shrubs are bent in half under the weight of their berries and the birds (and at least one chipmunk) are loving it. Cedar waxwings are the most obvious and prevalent of the berry connoisseurs, but the local song and white-throated sparrows are also digging in along with a few purple finch.

By far the most common bird we have been seeing this week are pine siskin, a member of the finch family. These birds aren’t partaking in the berry buffet but rather are wheeling back and forth overhead. It is funny to watch them; the first flock we see will be heading south and have maybe 10 individuals. A few minutes later we might see another 20 go by. Wait a while and another 20 will pass over. Then 60 will be going to opposite direction, followed several minutes later by another dozen and so on and so forth until a flock of 150 siskins is flying laps around the area. It is as if the first siskin that wake up in the morning go around waking up every other siskin and convincing them to all come join the siskin flying-around-making-noise-party. 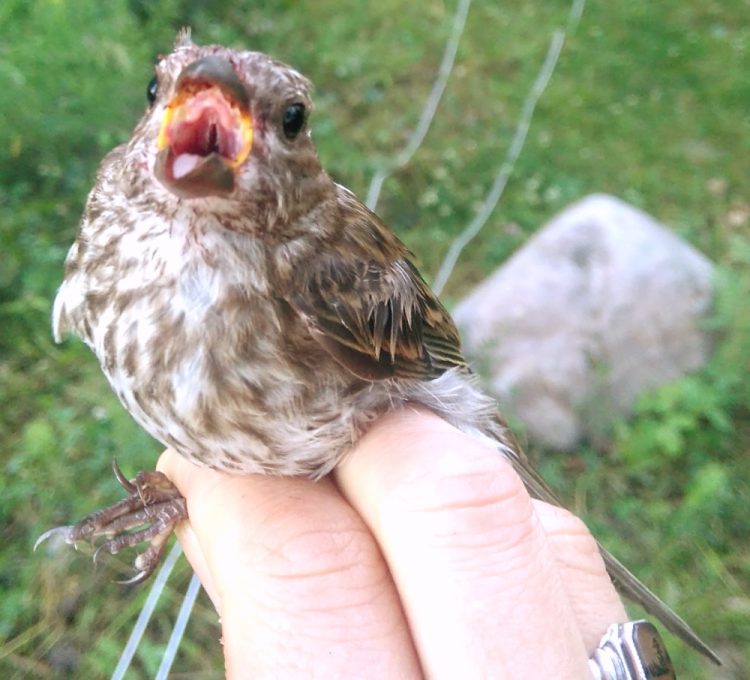 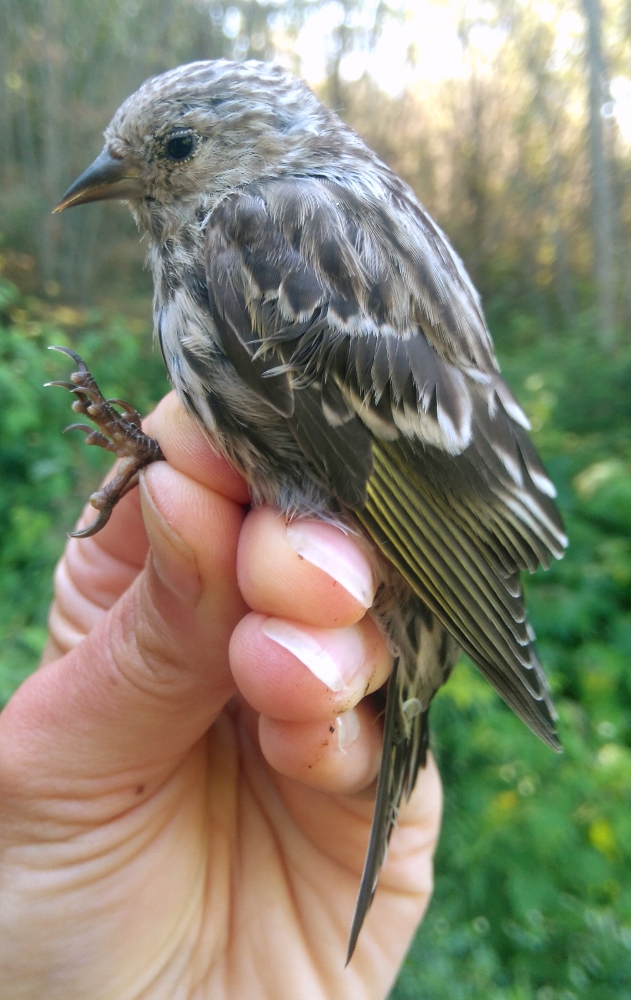 Even though we rarely catch finches, seeing high numbers of them is very heartening. We are often asked if finches are doing okay by people who feed birds. We hear reports every year from citizens who say they used to get tons of finches (and grosbeak which are in the finch family) at their feeders and now see fewer and fewer each year. The sad truth is that the decline isn’t imagined. Finches of all species are seeing dramatic decreases in their populations. With an over 80% decline in population, common species like evening grosbeak and pine siskin may soon not be very common at all. Purple finch and pine grosbeak are faring a little better, but even they have experienced a population drop of 50%. Scientists believe the main reason of decline is loss of habitat. Evening grosbeak and siskin require very old coniferous forests to breed and there just isn’t the mature forest that there used to be. Feeding them in the winter and keeping your yard cat-free definitely helps, but there needs to be more action taken by government to preserve old forests in the boreal.