After a busy start to fall migration, banding has slowed down considerably – largely on account of poor weather. We had a bit of rain early in the week, but mostly it was wind that dampened the bird activity. After days of howling, the wind did finally let up and now migration is starting to build steam again, at least in the early mornings before the heat sets in. It is a good timing for the wind to die down, too, because we are starting to see increasing numbers of Tennessee warblers. The arrival of Tennessee warblers is always a welcome time at the LSLBO. This species of warbler is very plentiful and although there aren’t a lot that breed right near the observatory, we can usually count on high numbers of them moving through and getting caught in our nets. They are nice easy birds to handle and are our often our top banded species for the first week of August.

Even though it has been slower, we are still seeing and catching birds; since fall migration started we have banded 430 birds from 33 species. Of those 430 birds, I would say at least three quarters of them have been juvenile birds. There are two reason that we catch primarily juvenile birds in the fall. Firstly, there are simply more of them than there are adult birds; for each successful breeding pair of songbirds there are 4-5 chicks – or more for early arriving species that are able to fledge two broods. Secondly, juvenile birds suffer from what we call ‘young-dumb-bird syndrome’. Like all youngsters out on their own for the first time, juvenile birds don’t quite have it figured out. They aren’t as good at finding food and so they tend to stick close to the shrubby understory where they can forage while they migrate as opposed to bulking up and then migrating high in the sky like the older birds do. They also spook easy and dive down from the canopy to hide in shrubs. All this time in the understory is what puts them in the perfect position to fly into our nets. 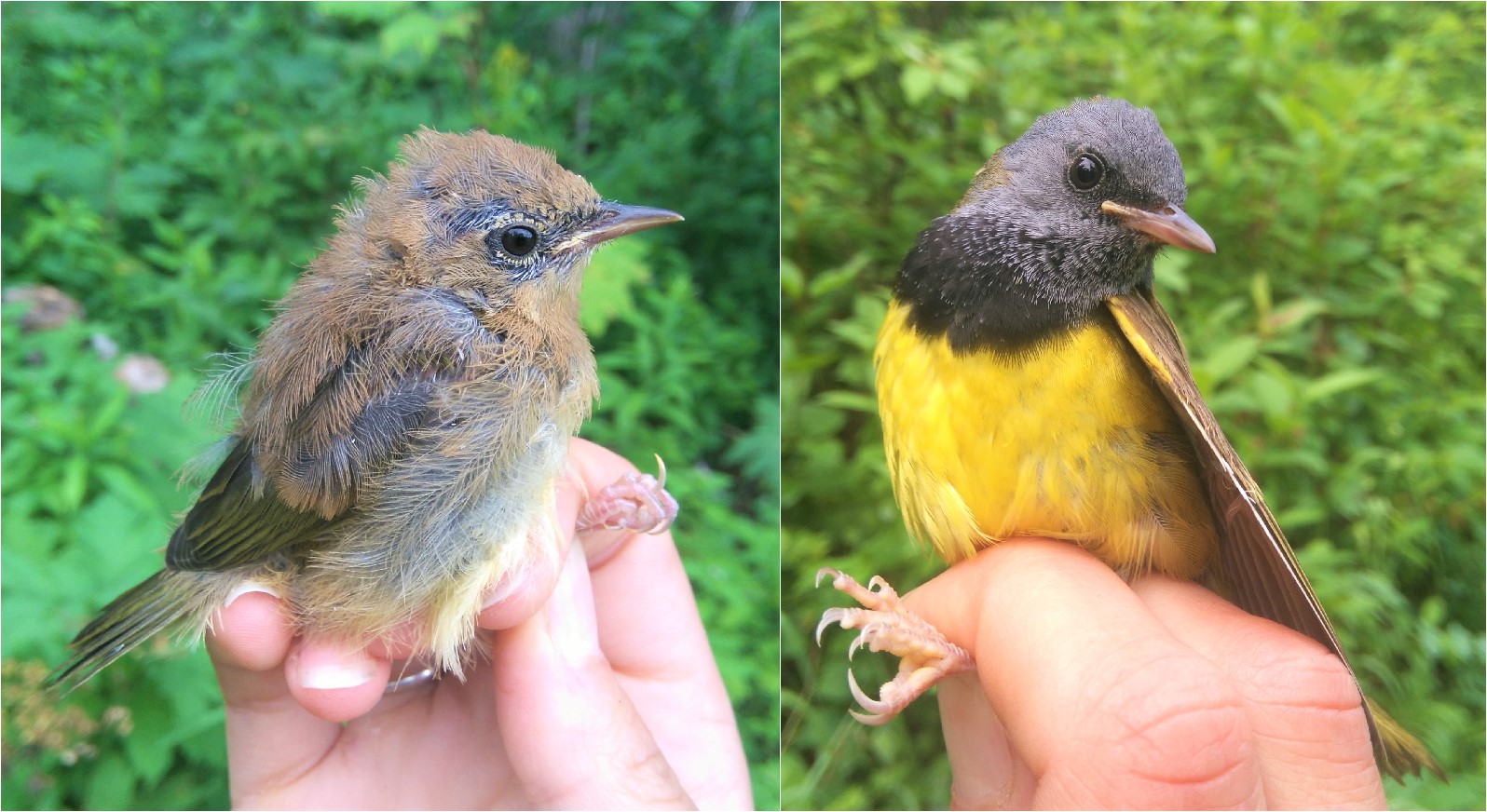 Juvenile birds make fall migration not only busier, banding-wise, than spring migration, they also make it more challenging. Many people think that all sparrows look alike, but if you look closely they all have marking and colouration combinations that are unique to their species. The juveniles, though, are another story. Take, for example, the melospiza genus of sparrow – song sparrow have bold streaks on their breast that converge into a large spot, Lincoln’s sparrow have fine streaks on their chest and sides and swamp sparrow have smudgy streaks just on their sides. For juvenile however, they look identical and we need to look at their wings to pick them apart. Song sparrows have a wing length greater than 60mm, and swamp and Lincoln’s have a wing length less than 60mm. The Lincoln’s ninth primary feather is longer than its fourth primary whereas the swamp’s is the same length of shorter. In-short, it’s hard. Warblers juveniles, on-the-other-hand, don’t look especially similar to each other, they just look nothing like their parents. 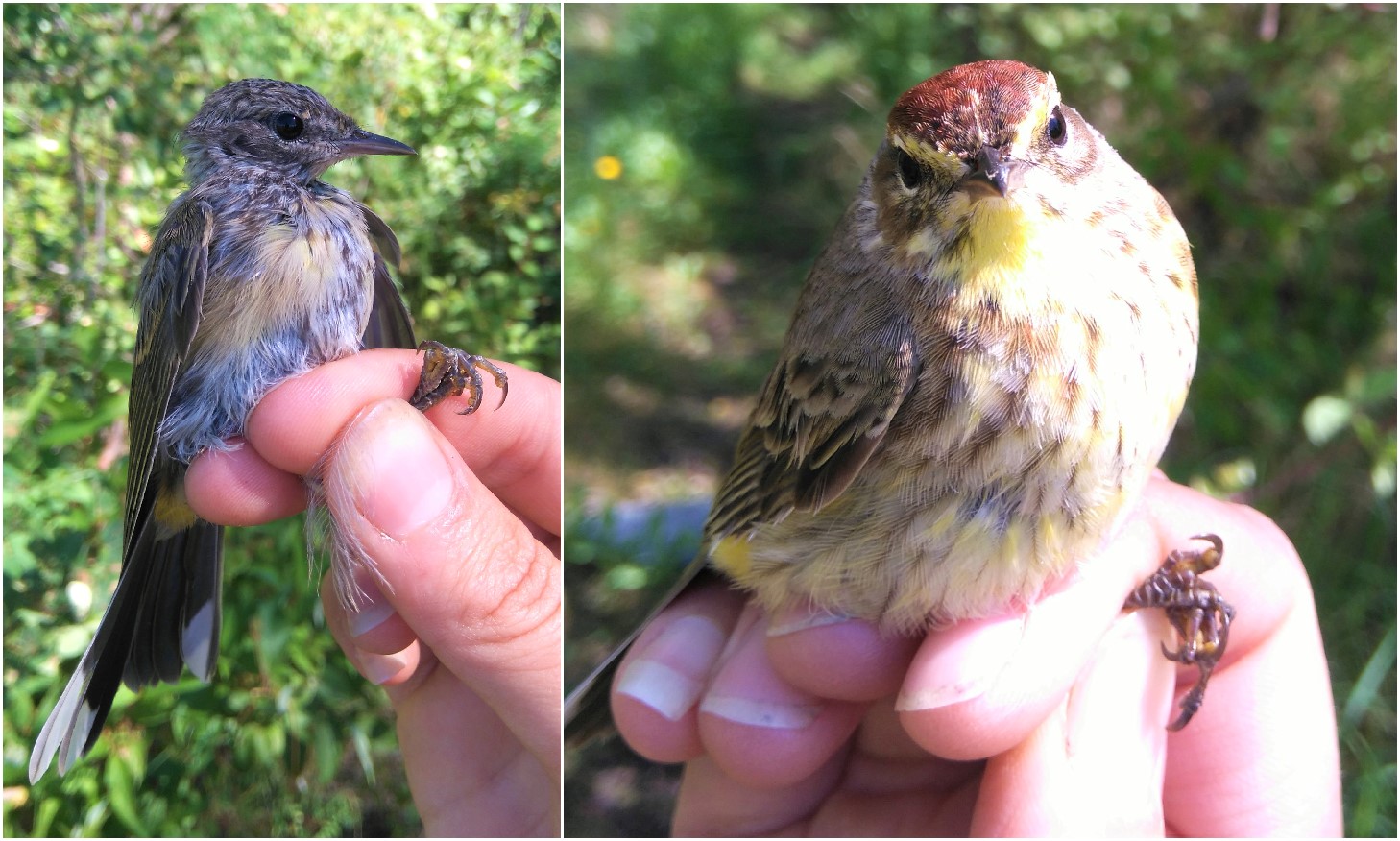