This week was punctuated by one good day and one really good day of banding and a lot of days that could have been really good had it been less windy. During the only two calm days this week, we caught just over 100 birds from a large diversity of species; on the other five days that were windy we caught a total of just about 50 birds. Although catching half as many birds in over twice the number of days is a very poor banding result, we are actually surprised we caught as many as we did during the wind. As I have written about on numerous occasions, songbirds really don’t like to migrate during windy conditions; with winds of 30 gusting to 50 km/h we expect to catch little to nothing. This week, though, our windy days still yielding around a dozen birds a day. That makes us both happy and sad – We are happy that there are at least a few birds to band, but we are also very sad thinking about how many birds we could be catching if it were calm. It stands to reason that if that many birds are being caught in the worst conditions we operate the nets in there must be A LOT of birds moving through. I truly hope this wind blows itself out before the bulk of the migrants move through and we miss them all.

On the couple good banding days, we didn’t just get quantity, we also got quality. We banded over a dozen western tanagers which is usually more than we catch in an entire year as well as a red-winged blackbird, only the seventh ever banded at the station (to put that in perspective we have banded over 65 000 birds). This particular blackbird, was a juvenile and it was very vocal in its protests of being banded. Other birds banded include over 25 ovenbirds, lots of Tennessee warblers, yellow warblers, black-and-white warblers and Lincoln’s sparrow. 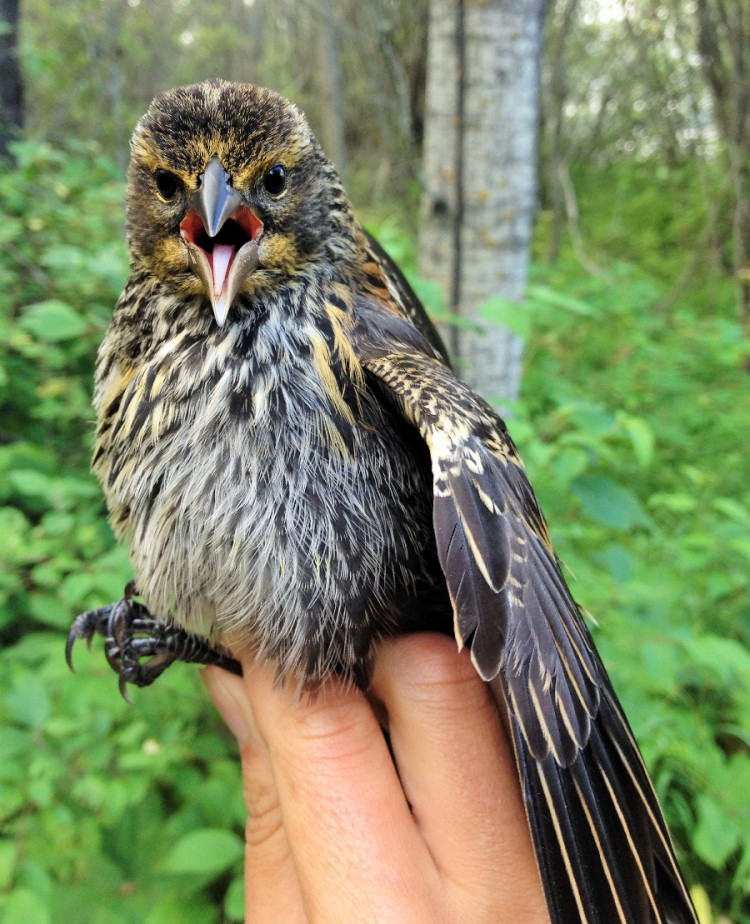 The western tanager is the mascot bird for the observatory so it was an especial treat to have caught so many of them; most of the individuals were juveniles but we did catch one adult male who was still in his stunning breeding plumage. We often joke that we should change our mascot to an ovenbird, Swainson’s thrush or myrtle warbler since they are by-far our most common species, but in truth, I like being represented by the tanager. They may not be as common as some other species but they are common enough and quite widespread. They breed exclusively in tall, older forests with thick canopies. Because they spend all their time foraging in the canopy, it is rare to see them which causes many people to think they are a rare bird… but they are very vocal and keen birders know that they are an almost quintessential part of the western boreal forest and can be found everywhere there is suitable habitat. 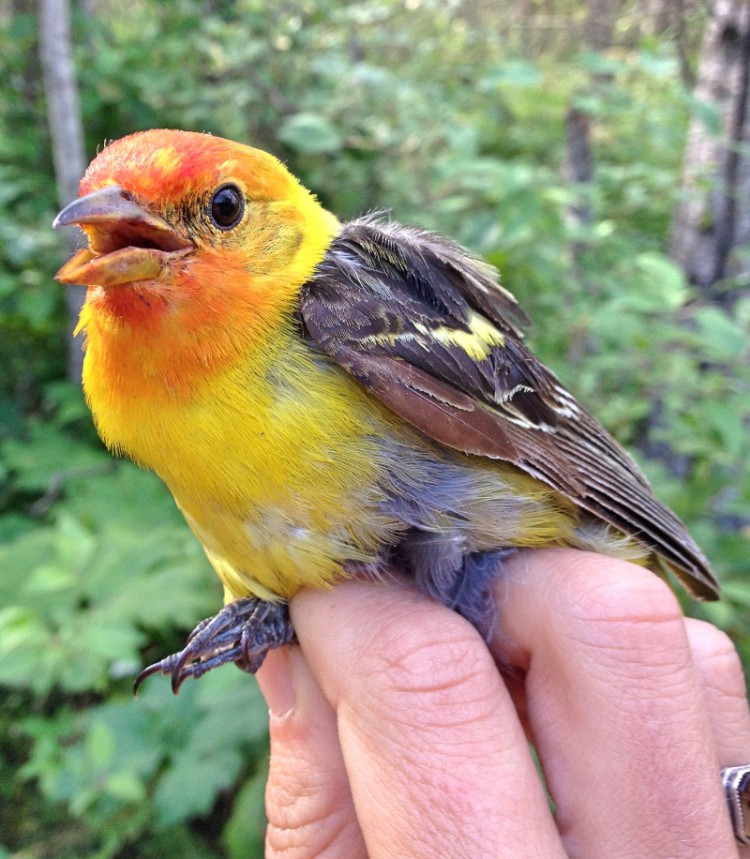 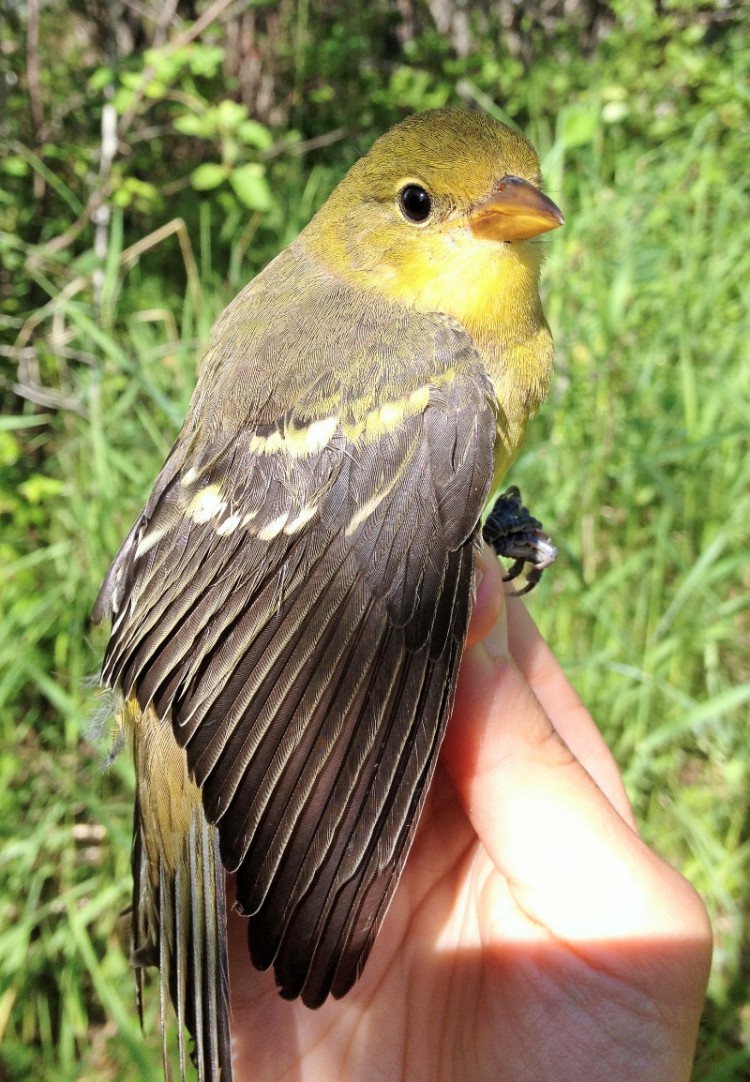