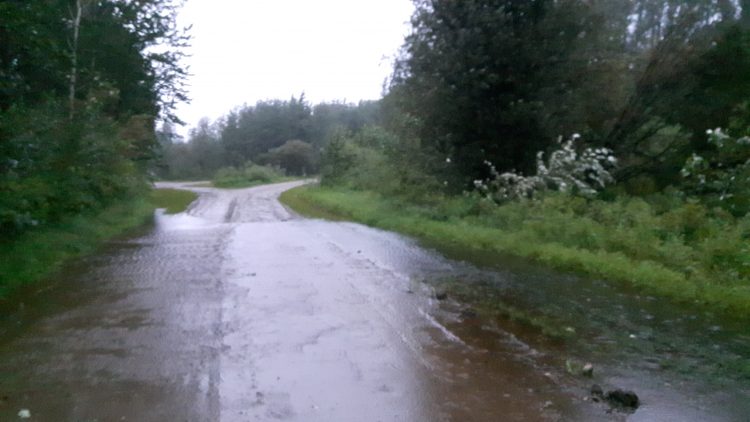 This week for the LSLBO had a dash of chaos tossed into the middle. A storm rolled in on July 25 that would hinder observations for the day, flood the nearby community of Marten Beach, and wash out two culverts along Highway 88, prompting the second mandatory evacuation for our staff this summer (the first was due to the forest fires that are now under control near Wabasca). Rising waters ran across the dirt road to the station and high winds brought trees down into our net lanes and along roadways. From July 26 to the 28, no observations could be made at the station since it was inaccessible.

We were very fortunate to be allowed back to work on July 29 and monitoring started back up with a bang. On July 31, a total of 133 birds were banded despite several of our nets being closed for the day. This is the first busy day of banding for the fall with many Swainson’s Thrush, Canada Warblers, American Redstarts, and Myrtle Warblers being captured. We were even treated to several Western Tanagers, a couple Black-throated Green Warblers, and a LeConte’s Sparrow; all of which are species that turn up infrequently in our nets. 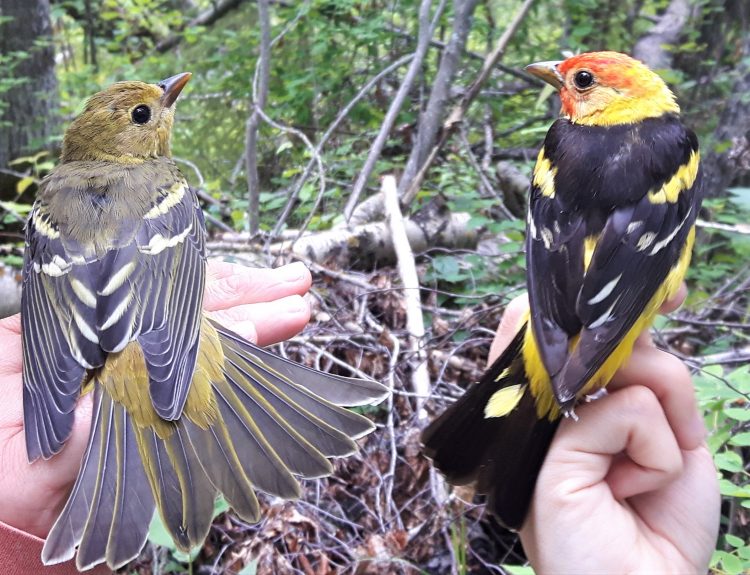 Although the rain has continued to plague us, we are nearing the end of our MAPS program, which focuses on breeding birds that are now slowly draining from the area. This is the last week in which this program will be operated. Breeding activity has slowed down considerably and adult birds are finishing up replacing all of the feathers on their bodies in preparation for the long journey south.

How would you go about replacing all of the feathers on your wing so you can still fly? Most songbirds have arrived at a solution that involves beginning in the middle of the wing and progressing outward toward the tips. As the feathers near the centre grow out, feathers nearer the edge of the wing can start to be replaced. By the time that the bird has lost the outermost flight feather, the feathers that it began to grow a week prior in the centre of the wing are now completely grown. In this way, the bird can still fly and gets a fresh set of feathers in a process referred to as molting. 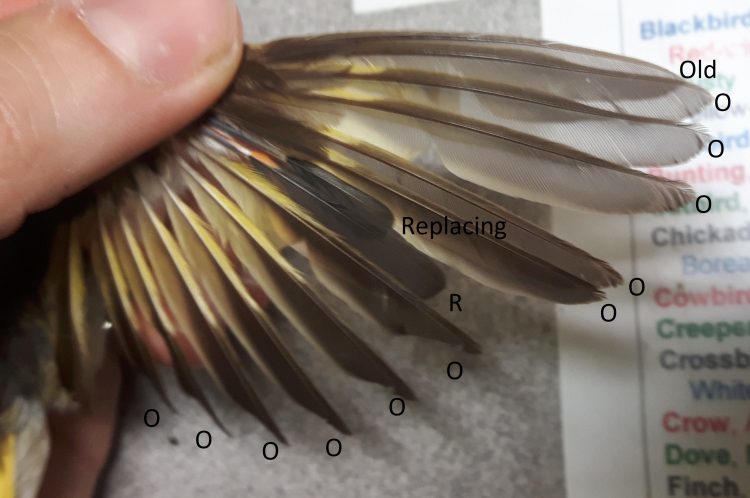 Pictured: Adult male American Redstart starting to molt out his flight feathers. “O” indicates an Old feather, while “R” indicates a feather in the process of being replaced. Male Redstarts do not get their striking black and orange colouring until this time of year and we can see in this picture two black and orange feathers beginning to replace the gray/brown and yellow feathers he grew on the nest. 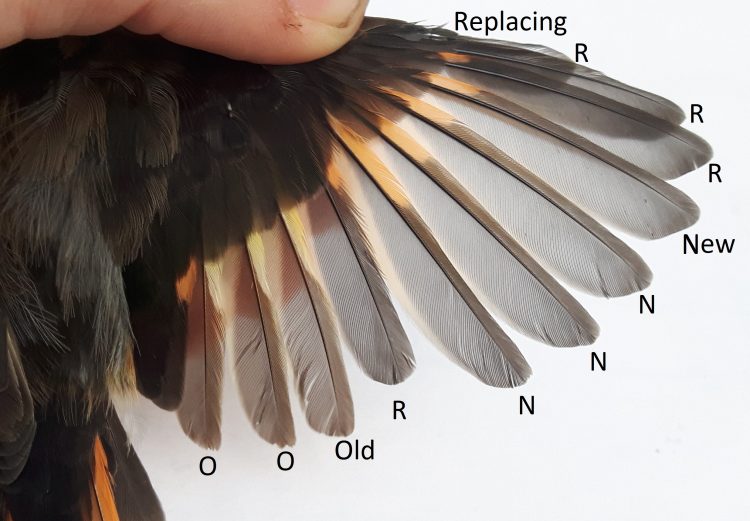 Although a molting bird can still fly and insulate itself from poor weather, replacing its feathers can be dangerous. Fewer and smaller flight feathers can make flying more difficult and may make the bird an easier target for predators. Similarly, fewer body feathers increases exposure to poor weather. Not to mention that replacing feathers is very energy intensive. However, these risks outweigh the dangers of trying to survive another year with ratty feathers that have already experienced extensive wear and tear and pose a larger risk to the bird’s health and safety.

When Highway 88 is reopened, join us on Wednesdays and Saturdays from 9 to 11 AM for public drop-in tours until the end of August.