Holy! A lot has happened this past week. We have just about wrapped up our final round of MAPS (only one site left!) and we have banded a lot of birds. And by a lot, I do mean a lot. Three days this week we banded over 100 birds and one of those days the total was very nearly over 200 banded (counting the recapture birds it was over 200 – 209 in fact). The same day that we banded nearly 200 birds during migration, we also banded over 100 at one of our MAPS sites. The grand total for the day was 302 birds banded and 31 recaptures.

To put it more into perspective this past week we banded more birds than we did during all the whole eight weeks of spring migration. 738 birds to be exact bringing the total for fall migration up to 1025 birds of 38 species. And we haven’t just banded a lot a birds, we have also seen a lot of birds. 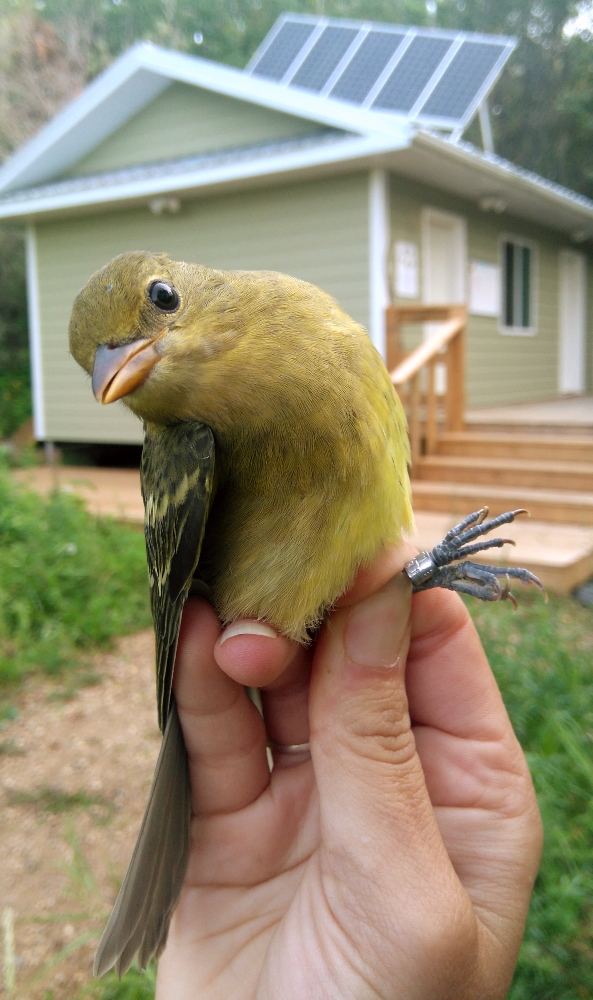 Western tanager (our mascot species) and the banding lab

Normally when we have long stretches of hot, dry weather we end up experiencing slow migration as most of the birds wish to avoid the heat by migrating during the night. This long stretch of hot, dry days we’ve been having has something different than a lot of other hot, dry stretches though – no wind. This time last year we were experiencing similar weather but it was windy all the time and as a result we were catching and seeing very few birds.  Regardless of what time of year it is wind deters birds from moving. But the heat can be not a bad thing during these few weeks of fall. The few weeks when the bulk of the young birds are moving.

Young birds like to migrate slowly. They hop-scotch their way along making only short bursts of higher, faster migration followed by slower periods spent migrating through the trees where they can forage while moving. These brief spells of foraging put the young birds right where our nets are and if it isn’t windy we have a really good chance at catching fair numbers of them. 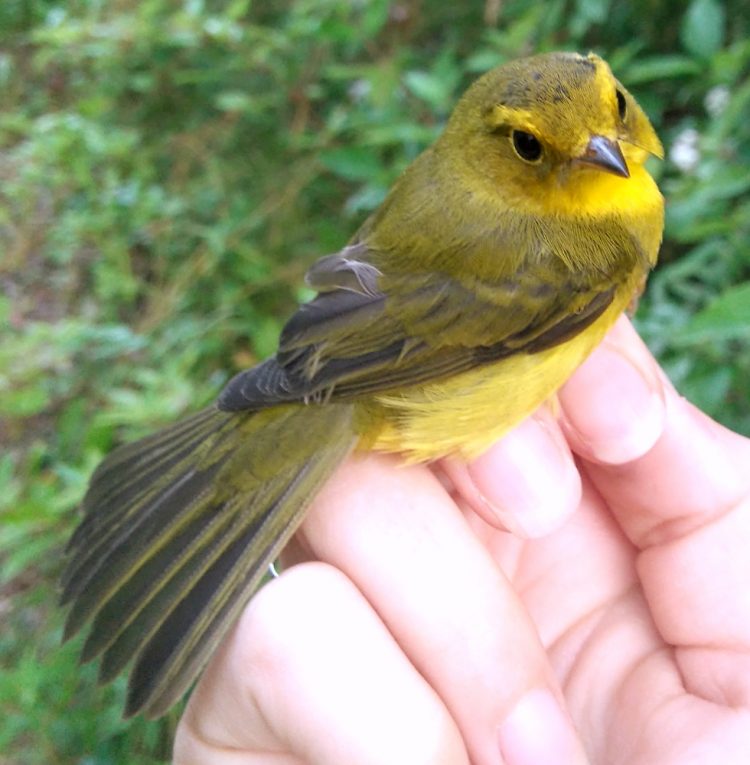 So what sort of birds have we been seeing/banding? Tennessee warblers are the most prevalent migrant at the moment, but pretty much all the warbler species are moving. Yellow warbler, American redstart, mourning warbler, and Canada warbler have all been seen and caught in good numbers. The other most prevalent migrant that we are banding more than seeing is the white-throated sparrow. They are our top banded species right now with 177 banded. This is well past their record high of 159 and they show no sign of stopping any time soon. Our other top banded species are the Canada warbler at 101 (only 13 birds shy of breaking their record high), myrtle warbler (92), Tennessee warbler (87), and Swainson’s thrush (87).

And to top it off we even have a banding highlight! During MAPS we caught a three-toed woodpecker. You may remember we caught one in the spring and it was only the second one the station has ever caught (and I was chaffed because I was on days-off and missed it). Well I was here for this one and got to band it. Happy day for me. 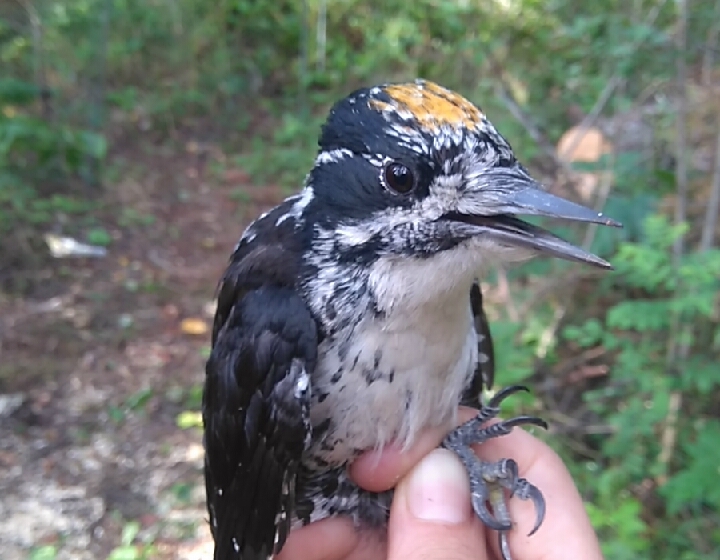