Bird activity is still slow at the observatory, slow enough that we are starting to wonder if something is wrong. We spend our many hours of not seeing or catching birds speculating as to why we have so many hours to spend speculating. We have one main hypothesis that has a couple pieces of supporting evidence. We think perhaps many bird species had poor breeding success. The obvious evidence is we aren’t seeing a lot of young birds. Usually around this time of year we can expect to be catching all the local fledgling sparrows that were hatched around the lab – even if migration is slow we still catch the young of the local breeders. So far we have caught only a handful of fledgling white-throated sparrow even though we know at least six pair bred right around the netlanes; at 4-5 young per nest you would think we would have banded at least twenty of them. The same is true of Lincoln’s and song sparrow, they don’t breed in quite as high of densities, but we still have a couple pairs of each that bred on site. 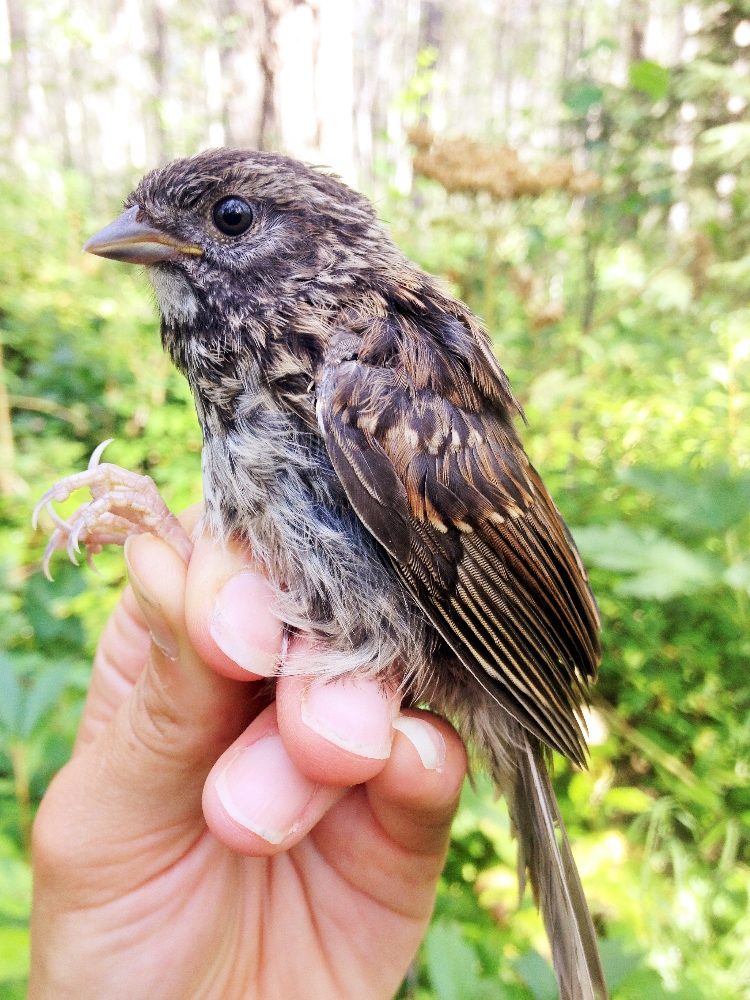 Young birds are also the early migrants. They leave as soon as they feel strong enough to forage on their own and fly long distances. Urged on and guided by instinct they will travel along the same routes that their species have always travelled and will arrive at their species’ proper wintering grounds without any help from their parents or other adult birds. The adult birds stay behind for another couple of weeks so that they can rebuild their fat stores and replace all their feathers (raising babies really takes its toll).

It will be interesting to see if we get a rush of older birds over the next couple weeks, if they come through in normal numbers at the normal time it would be even stronger evidence that there weren’t many young birds produced this year. If we don’t see many adult birds then maybe it is just a case of birds moving overnight more than usual due to high daytime temperatures, or they are by-passing us for some other reason. Hard to say for certain, though, working with wildlife – we can speculate, but every year is different and it is hard to fully understand what all factors drive the decision-making of migratory birds.

So what may have caused a poor breeding year? We have certainly had time to speculate on that as well. Early and mid-July saw more than one large storm system pass through Alberta. We had some strong winds that created large areas of blow-down throughout the forests as well as a few evenings/nights of heavy long-lasting rainfall. This double-whammy of weather would have severely affected both ground-nesting and tree nesting bird species. 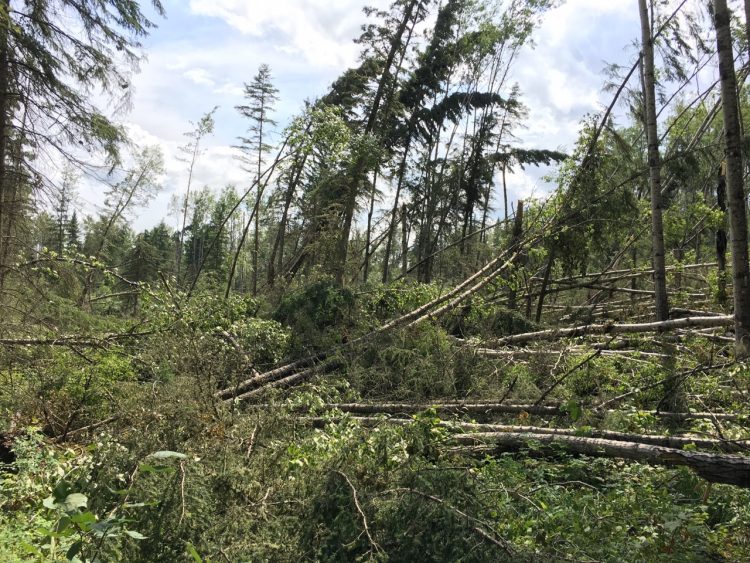 Blow-down in the forest near the Athabasca river.

This sort of thing does happen and has been happening since the first bird lived in the first forest. Between weather and fire there are good years and bad years and birds can and do have bad years. The only thing that is worrisome is that with so many added pressures on birds, like summer-logging, cats, light-pollution, window-strikes and habitat loss, bad years are becoming a thing that birds just can’t afford.