This week has been all about diversity; although we experienced a lot of poor weather early in the week we have still been seeing and catching a fair number of birds of an impressive number of species. Our total number of species banded climbed by five species to 40. This is because we’ve entered the time of year that species’ distributions really start to shift. We are starting to see more birds that either breed further north of us or ones that breed in the general area but don’t actually occur on site because of habitat preferences. Species like Le Conte’s sparrow that breed in wet grasslands and sedge marshes and Wilson’s warbler that breed further north of us in shrubby thickets. Perhaps our favourite addition to the diversity tally this week was catching the fourth species of Alberta vireo – the warbling vireo. Birding is just like Pokémon, we get it into our heads that we ‘gotta catch ‘em all!’. 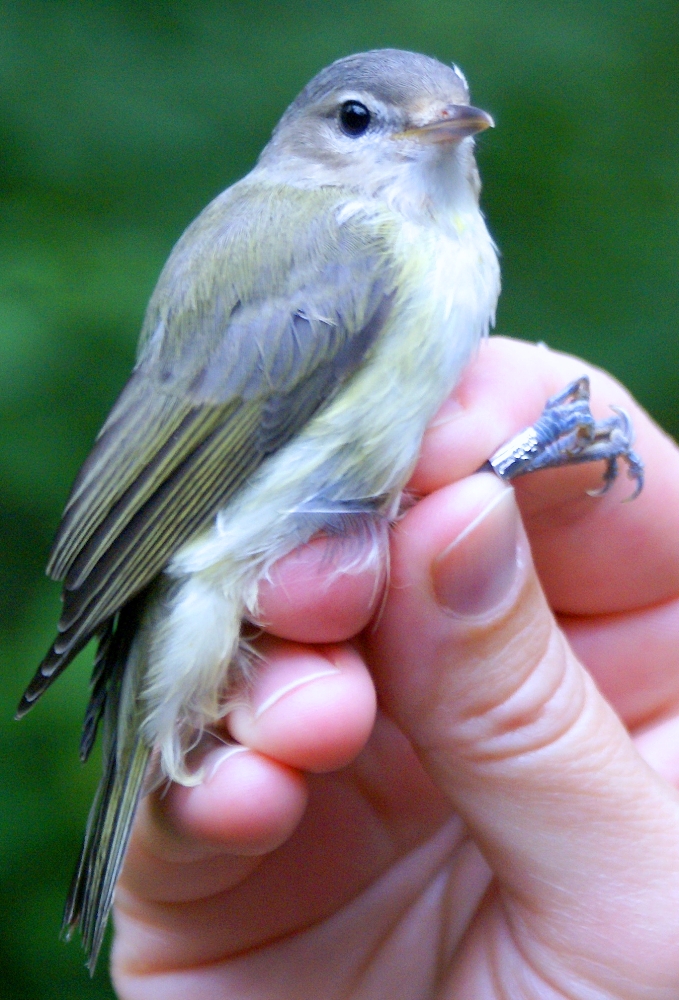 Warbler diversity, especially, is on the rise. We have 17 species of warbler that regularly breed in the Slave Lake region and an additional 5 more that we encounter during migration. On one day this week we saw 14 species of warbler in a single morning, 13 of which we caught and banded. Sticking with this year’s theme of bird-name origins, the name warbler comes from Old North French werbler “to sing with trills and quavers” which itself originates from German wirbel/wirbil “whirl, whirlpool, whirlwind”. Despite the name, not many warblers actually have very warbling songs. The Canada warbler has a very pretty little warble, but most have songs that consist of two notes repeated over and over like the mourning warbler who sounds like he is saying ‘churry, churry, churry’ others like the blackburnian warbler make little more than a series of high-pitched, staccato notes. 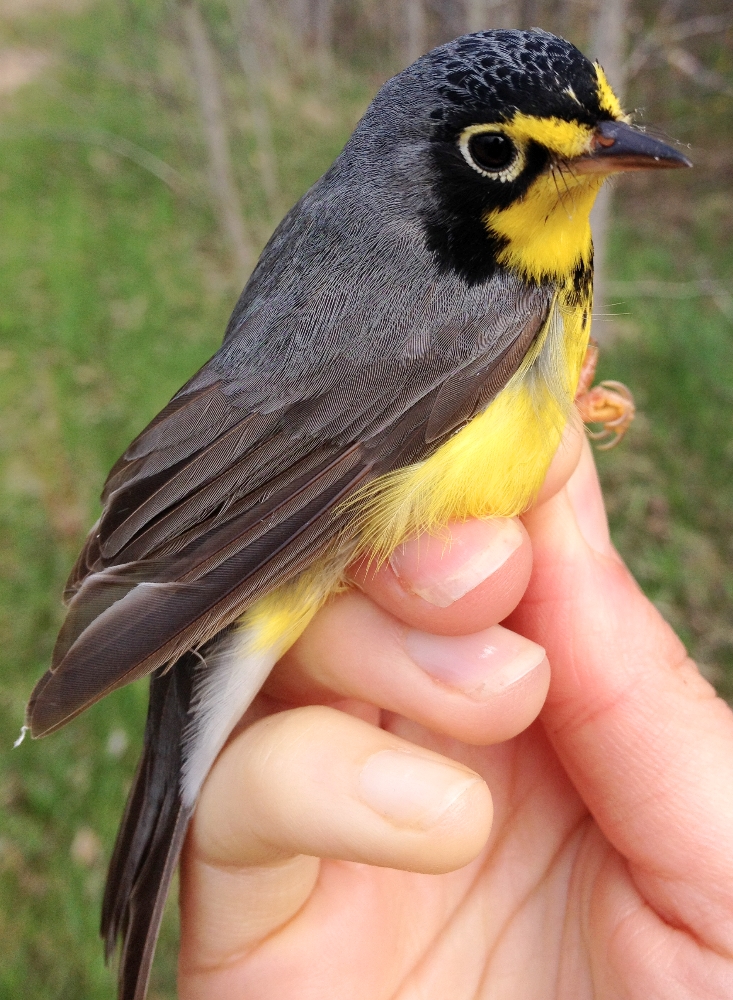 The warbler family is an incredibly diverse family in more ways than singing ability. Our largest species is the ovenbird at 20 grams and the smallest is the American redstart at a mere 8 grams. Most warblers are sexually dimorphic meaning the males and females look different, but some, like the Northern waterthrush and palm warbler have sexes that look identical. Similarly, most warblers are quite colourful like the magnolia warbler, but some like the orange-crowned warbler and Nashville warbler are rather bland looking. Some nest in the tippy-tops of trees like the bay-breasted warbler and others, like the Tennessee warbler nest right on the ground. Lastly although they are all exclusively insectivorous they also vary how they go about catching insects. The black-and-white warbler climbs up and down the sides of trees like a woodpecker looking for insects hiding the crevices in the bark while myrtle warbler either glean insects from the undersides of leaves and branches or dart out from the bush to snag flying insects right out of the air. 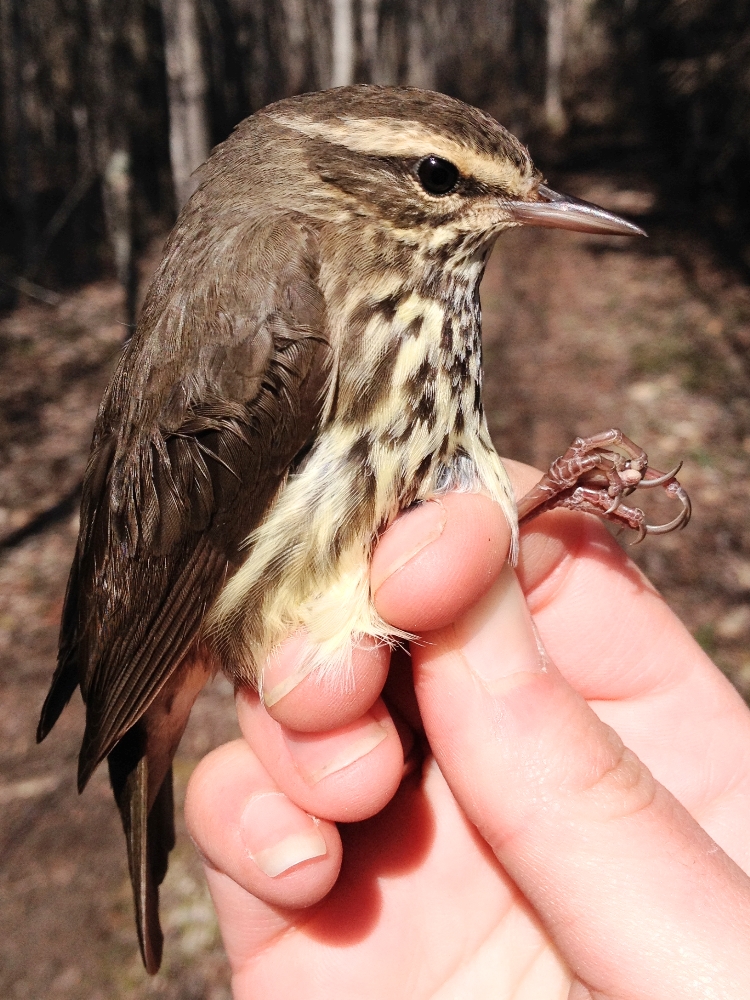