Fall migration began picking up this week at the LSLBO. Many of our warbler species are already on the move and the songs of remaining birds have become very intermittent and half-hearted. The forest has become much quieter and we are seeing less evidence of active breeding every day.

July 21 saw the first burst of migration with over 600 warblers recorded moving through. However, this is still less than half of the migration activity that was recorded on July 23, which saw over 1,500 warblers heading south. Of these warblers, 1,350 were Myrtle Warblers, which are the most commonly observed and captured bird species at our station.

We are still monitoring the tail end of breeding activity in the area through our MAPS (Monitoring Avian Productivity and Survivorship) program. During the most recent period of this program, we captured birds of all shapes and sizes from the tiny Winter Wren to the medium-sized Rose-breasted Grosbeak to the large (and exciting) Barred Owl. Winter Wrens are one of the smallest birds that we commonly capture weighing in at roughly 8 to 12 grams (0.3 – 0.4 ounces) with a wingspan of only 12 to 15 cm (4.7 to 6.3 inches). Although they can be difficult to see, their bubbly and long-winded song is a common sound around the station during the breeding season. 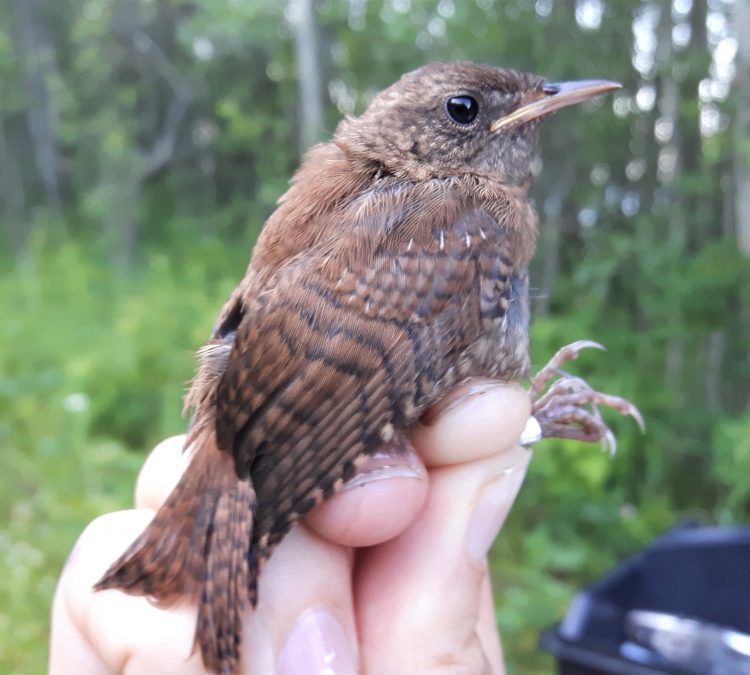 In contrast, Rose-breasted Grosbeaks are one of the largest songbird species we capture and have a wingspan of 29 to 33 cm (11.4 to 13 inches) – over double the size of Winter Wrens. They also pack much more weight into their stocky builds coming in at 39 to 49 grams (1.4 to 1.7 ounces), which is over four times the weight of little Winter Wrens. 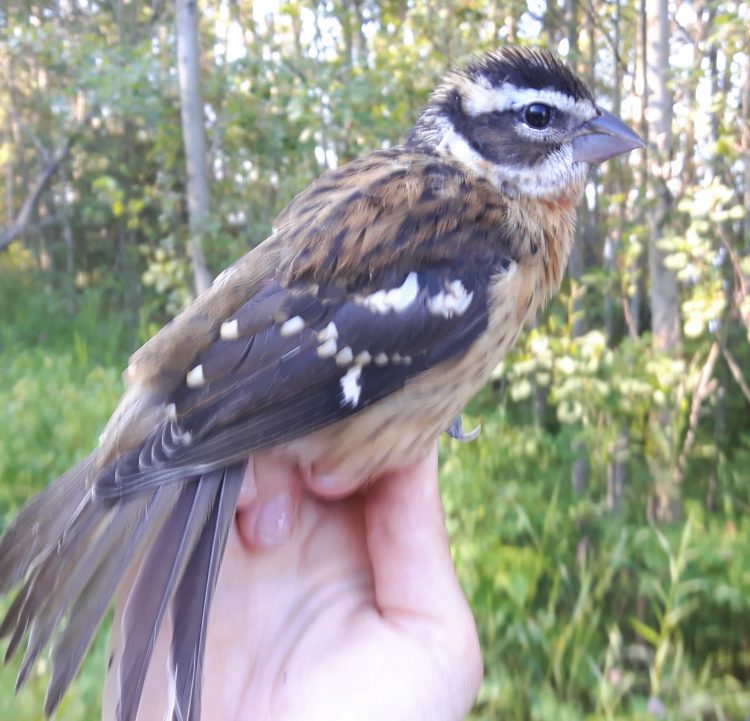 Lastly, Barred Owls are much larger than all other birds that we regularly capture at the LSLBO. They have a wingspan of 99 to 110 cm (39.0 to 43.3 inches) and weigh anywhere from 470 to 1050 grams (1.1 to 4.7 pounds). In fact, the owl that we captured could not be weighed since our scale maxed out. This was only the fifth Barred Owl ever captured by the LSLBO and the first Barred Owl to be captured outside of our Northern Saw-whet Owl migration monitoring program. Although it may be surprising that we captured an owl during a program that takes place during the morning hours, Barred Owls are better defined as crepuscular than they are as strictly nocturnal. This means that they are most active at dawn and dusk. They even become active during daylight hours this time of year when they are busy raising baby owlets. We have even been hearing them calling out during our fall migration monitoring that takes place nearby the station were this owl was captured. 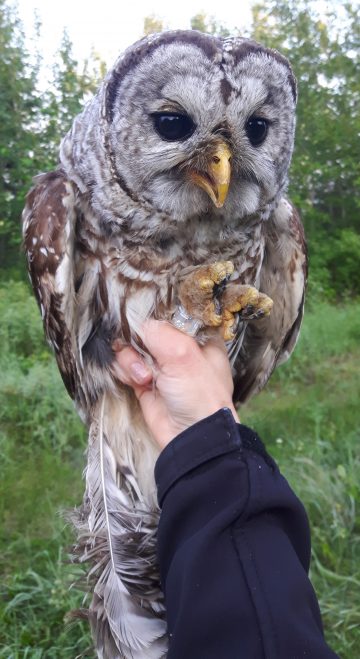 If you would like to learn more or see us in action, join us on Wednesdays and Saturdays from 9 to 11 AM for public drop-in tours until the end of August.