MAPS is over! A couple weeks ago I wrote about how we had only one more round to go and now I can happily announce that it is over for the year. It’s not that we don’t like MAPS – it’s just that it lacks the comfort of the migration station and once falls migration starts it is nice to be able to fully devote ourselves to it without worrying about squeezing in MAPS rounds. Overall it was a great MAPS season – our second best in-fact. We banded 396 birds representing 30 species which is nearly twice the average of 215 birds of 24 species. Our top banded species were the white-throated sparrow (94 banded), ovenbird (40) Lincoln’s sparrow (35) and mourning warbler (29). Although the top two species are regulars to the list, birds three and four have never appeared on the top banded list before. On average only 1.5 Lincoln’s sparrows and 9 mourning warblers are banded annually at our MAPS sites. We could tell early in the season that both species seemed more common than they usually are, but now that the numbers are in it is clear that they were extremely more common. The local population boom is thanks to the forest tent caterpillars. With the forest canopy stripped of its leaves, sun could reach the shrub layer promoting an extremely thick understory which is where both Lincoln’s sparrow and mourning warblers nest and forage. 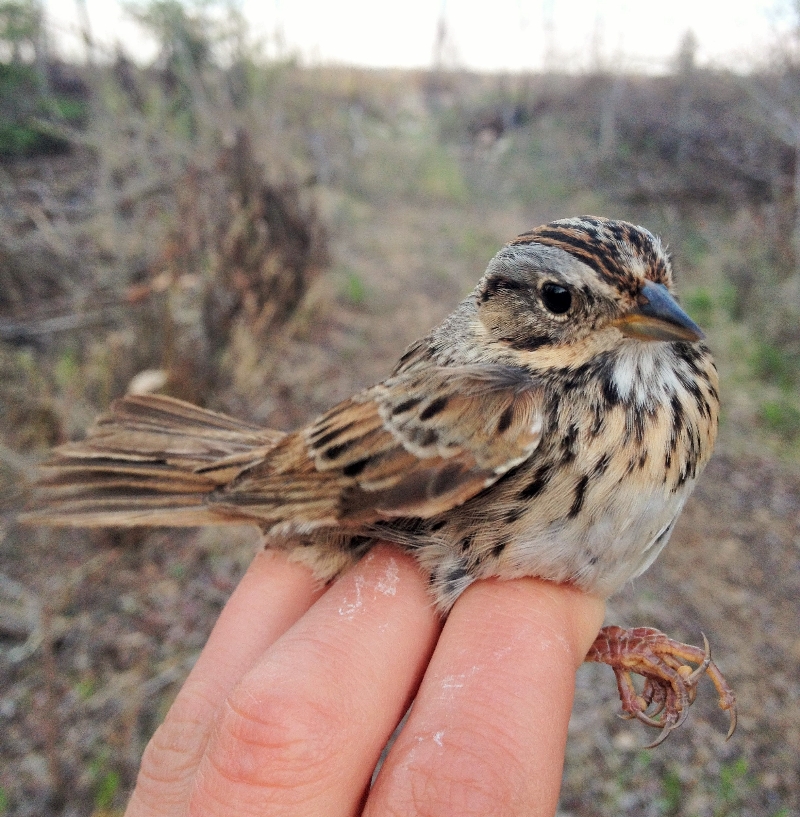 Bird activity has also been excellent on the fall migration front. The weather has been working with us for most of the week and we have been catching lots of birds of a huge diversity of species, including another black-throated green warbler and a couple Cape May warblers. Most days we have banded over 50 birds and we even had a day with 108 birds. Currently, warblers make up the bulk of the migrants we’re seeing with Tennessee warbler and myrtle warbler being the most common. We have also seen lots of yellow warbler, American redstart, black-and-white warbler, Canada warbler and even some of the less common species like palm warbler, magnolia warbler and bay-breasted warbler. Some of the non-warblers that have been around in good numbers that are likely also hitting the feeders in town with voracity are western tanager, rose-breasted grosbeak and purple finch. 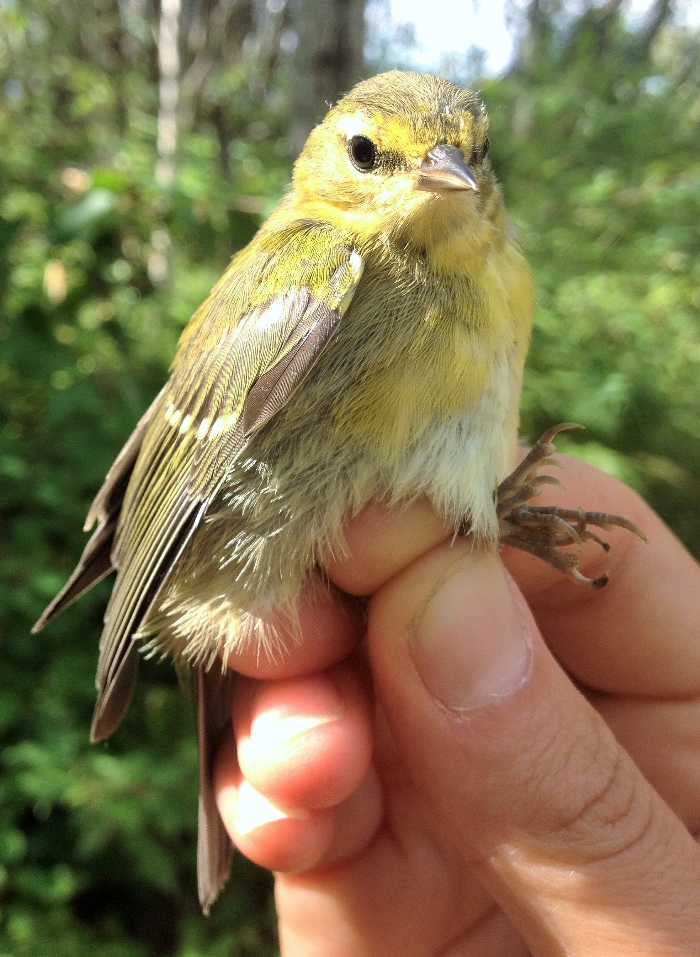 Perhaps the most interesting abundant bird species right now are red-eyed vireo. Although a very common species, we generally only have a couple breeding pairs around the lab. Over the last few days though, we have been seeing upwards of 40 individuals just hanging around the lab feeding, squawking and chasing the other birds around. There are so many around that we actually banded more in a single day than we normally band in an entire season. Once again, we have the caterpillars to thank – red-eyed vireo are one of the few species of bird that feed on tent caterpillars. With such a rich food source early in the season the adult vireo were able to produce lots and lots of cute little baby vireo. 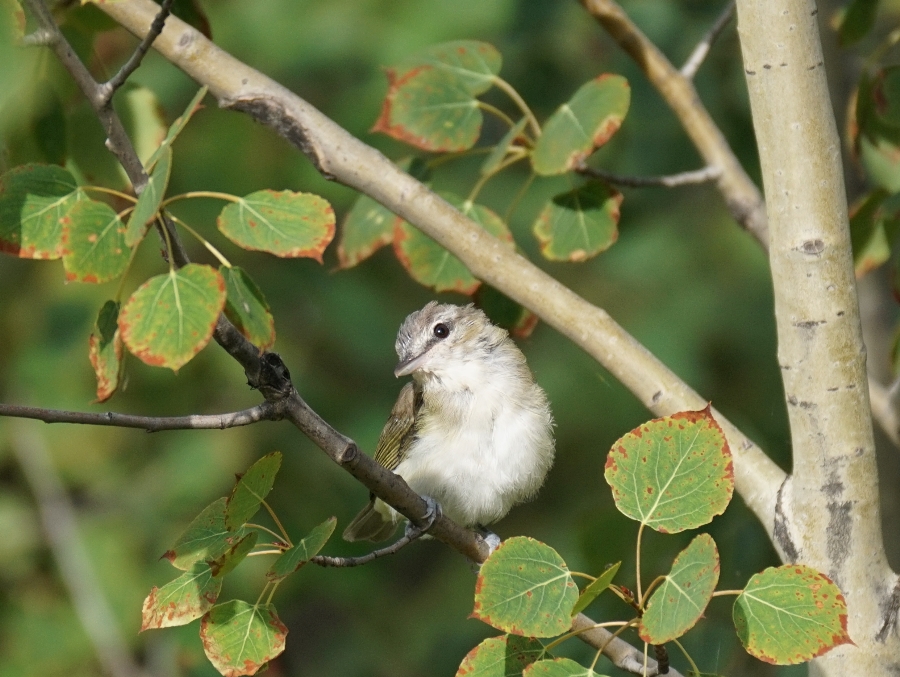 Baby red-eyed vireo waiting for a parent to feed it