I can’t believe it is already fall! We inevitably get that every year when we tell people we are firing up fall migration monitoring on July 12. It may seem unreasonably early to be watching for south-bound birds but it isn’t. True, many migratory birds will stick around all the way until September, but a good portion of the species that breed around here are finished up with nesting and thinking about warmer climates.

So how do birds do it? How do they breed and raise young in such a short amount of time? The simple answer is, insects. Lots and lots of insects. Most migratory birds are insectivorous and that is the main reason they are coming all the way up here to breed. They want to take advantage of the seasonal flush of insects the boreal forest provides, as well as the extremely long summer days. Insects are high in protein and fat and parent birds will feed them by the beakful to their chicks every 10-15 minutes from dawn until dusk, which during the height of summer is over 18 hours in most parts of the boreal. That is over 1000 beakfuls of insects in a single day. 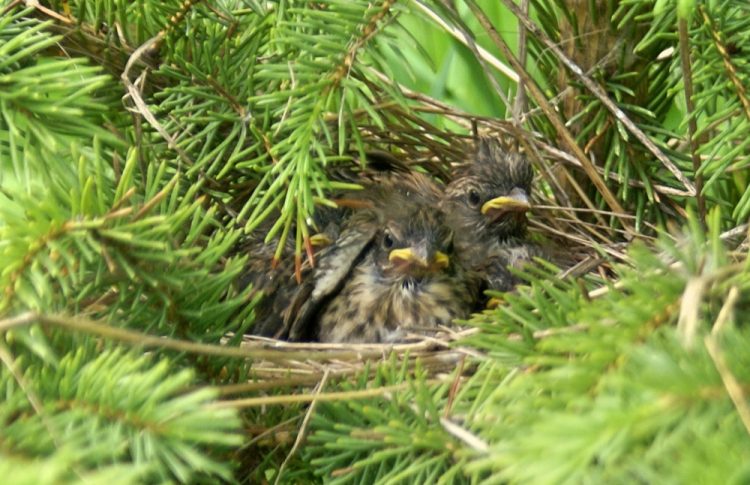 This extremely high calorie diet, coupled with a physiological ability to convert calories into growth, allows baby birds to develop at a phenomenal rate. Let’s look at the very common white-throated sparrow as an example. At hatching, the chicks average just over two grams. By the time they are nine days old they have gained around ten times that weight and are sitting at 20 grams. By the time they fledge at approximately 14 days of age, they are at their full adult weight which is about 25 grams. 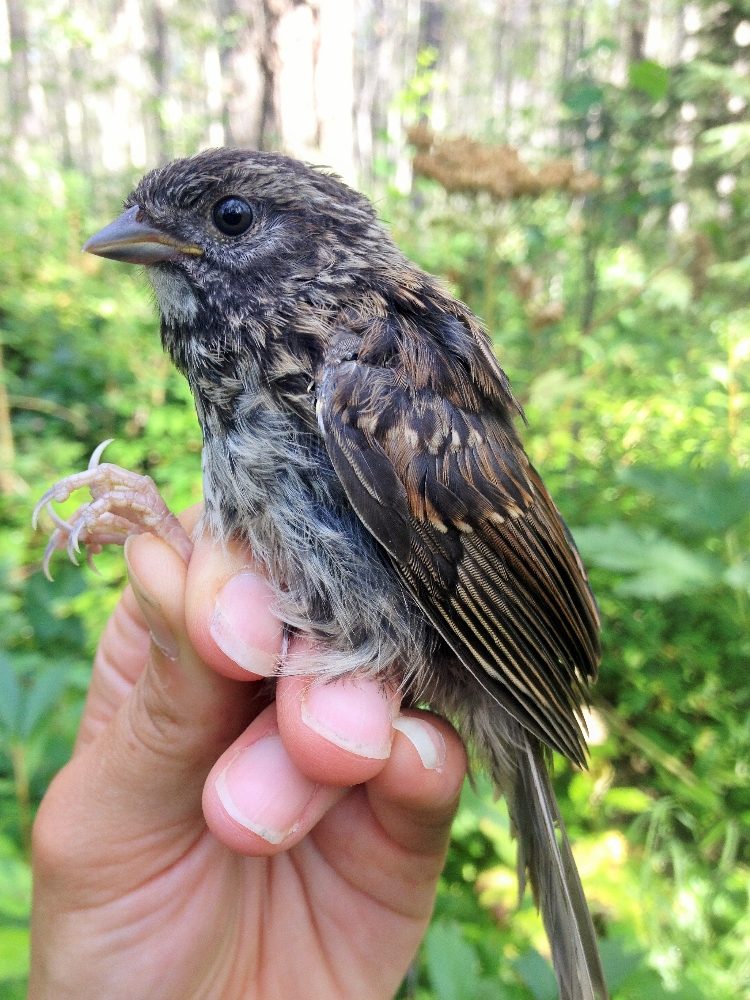 Raising chicks is extremely hard work for adult birds, but given it is their only shot of the year at it, they take the work seriously. Birds are very dedicated parents and will care for their chicks until the day the chicks leave them. That’s right, until the chicks leave them. Most mammal species will forcible evict their young at a certain age, but it doesn’t work that way for birds. Once a juvenile migratory songbird feels strong enough, instinct while compel it to begin migrating south. It will leave its parents and siblings and begin the long trek all on its own. Imagine that, heading out on a 5000+ km trip to a place you’ve never been with no one to show you the way… Leaving as soon as it possibly can affords the young bird time to take its time. It can take frequent breaks to rest and refuel and can avoid flying in adverse conditions. It also helps to ensure that the youngster won’t be caught up here in an early fall snowstorm or cold snap.

So to all the young birds gearing up to embark on their first migration – I wish you well! Avoid the cars and cats and windows and do your best to get there and back again.