Can you smell that crisp autumn breeze and see the leaves turning colours all around? No? Me neither… But apparently the birds can. It is the beginning of fall migration at the Lesser Slave Lake Bird Observatory and even on our first day of monitoring (July 12) we saw myrtle warblers flying southbound overhead. It seems like a colossal waste of energy to fly all the way up here just to turn around once the weather gets good but it does make sense when you look at it from a bird’s perspective. Birds time their arrival to their breeding grounds so that the hatching of their young coincides with the beginning of peak insect season. Up here the bulk of insect emergences happens in late June (think about the start of mosquito season). Once bugs start hatching the chicks start hatching too and the parent birds vigorously forage all day collecting as much food as they can and delivering it to their chicks. On this rich diet of fat and protein the songbird chicks grow extremely fast and in as little as three weeks some species are already striking out on their own. Independent of their parents the young songbirds have little else to do except start migrating. By starting when the weather is still favourable they can afford to travel slowly and take lots of breaks as it is their first trip south and they have no parents or older birds guiding the way. 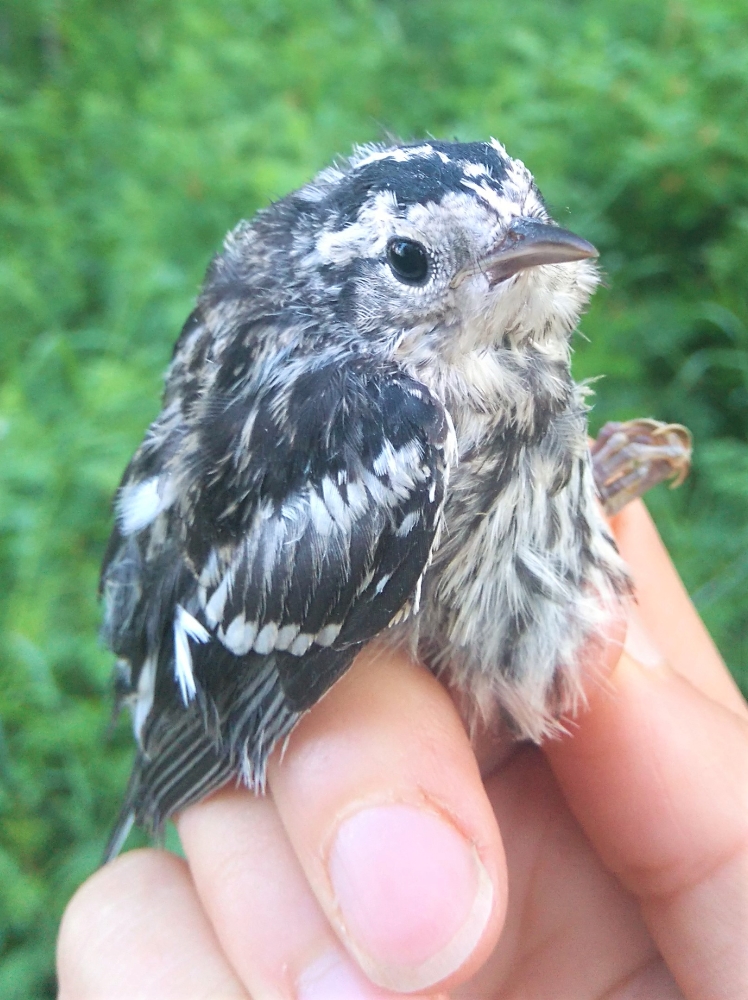 With the kids out of the nest it is time for the adult birds to get some much needed rest and relaxation. They pushed themselves to the limit during the brief breeding window gaining and defending a territory, building a nest, laying eggs, incubating, feeding, defending and protecting young and they look as haggard as you would expect. Their feathers are worn to the shaft and they are skinny. For the next couple weeks these adult birds stay here and feed and grow new feathers before they head south right when the insect season is waning.

Meanwhile, we have also still been running our MAPS stations. We just finished up the fourth round so only two more rounds to go! The fourth round of MAPS is usually a bit of a dud; the parent birds aren’t feeding as constantly and the young birds are still a bit too young to be flying all over the place. Regardless we did catch a few juvenile birds and some adults just starting to moult their feathers. The most exciting bird, though, was an adult male black-throated green warbler. This is the first male in breeding plumage we have caught since my first year here in 2008. The fifth and sixth rounds, however, have the potential to get very busy. All the young birds should be out of their nests and zipping around through the trees practicing for the thousands of kilometers they’ll have to fly. Here’s hoping we get some more exciting captures. 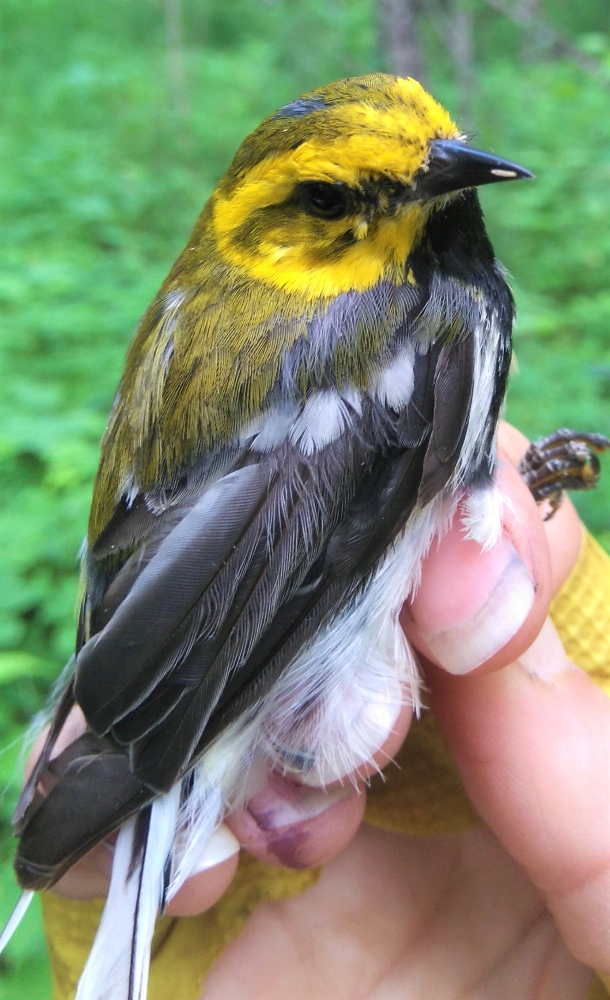