With the recent heat warnings that have been in effect across Canada, birds and humans alike have been seeking ways to keep cool during this hot summer! When it comes to beating the heat birds have a slight advantage over us because their body temperature is naturally higher: 40º Celsius on average, compared to the human body temperature of 37º C. It is only when the ambient temperature rises above 40º C that birds really need to take active steps to cool down.

When humans get hot, we sweat. This allows us to shed heat through evaporative cooling as the moisture produced by our bodies absorbs heat and turns into vapour. Birds can’t sweat, but they can produce a similar effect by panting or vibrating their throats in an action called ‘gular fluttering’. By breathing rapidly with their beaks open they increase the airflow across the moist inner surfaces of their mouth and throat, allowing more evaporative cooling to take place. To replace the water they lose through evaporation, birds drink and bathe more often in hot weather. They also seek out shady areas where they can rest and forage during the heat of the day. The more layers of leaves and branches there are above them, the more heat is absorbed by the vegetation and the cooler the shade will be. You can help birds by refraining from pruning trees and bushes in the summer when birds need cool shelter the most (and who wants to be out landscaping during a heat warning anyways!). 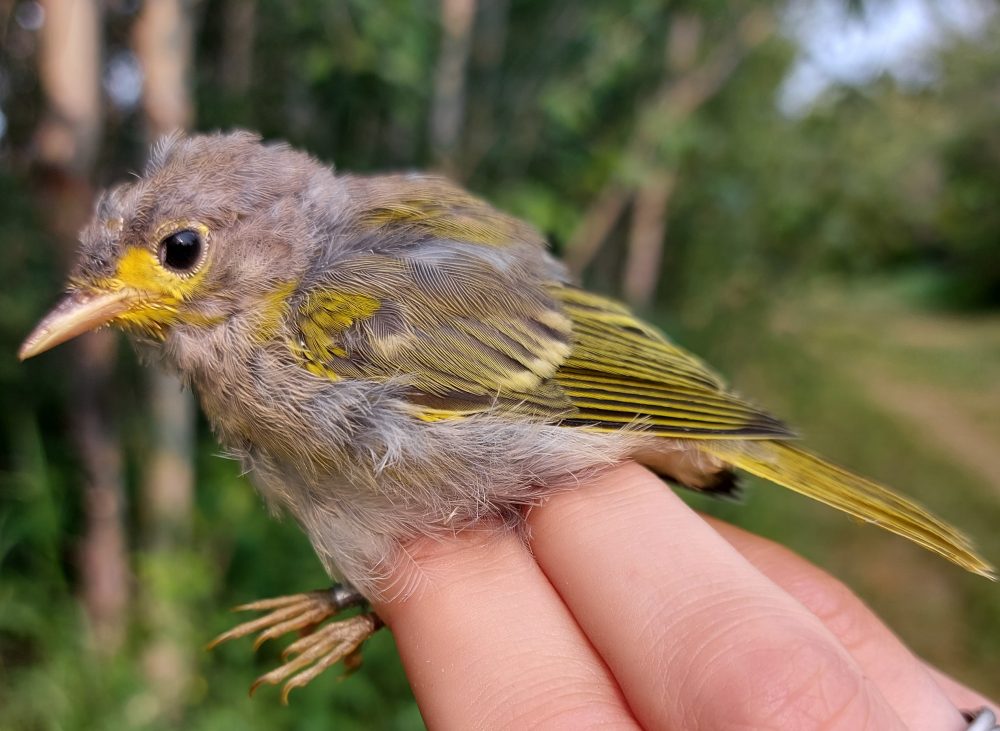 Above: Fledglings like this Yellow Warbler can beat the heat by seeking shade and water.

However, there are some birds who can’t just move to a shady area to avoid the heat of the day – namely baby birds, who must stay in their nests. The inside of a nest box can become quite hot, especially when it contains many nestlings packed in close together. Even very young birds are capable of maintaining a normal body temperature of 40º C through panting and other behaviours (not having feathers helps too) but doing so comes at a cost. A study looking at Blue Tits in Sweden (where they are a common backyard bird, similar to our Black-capped Chickadee) found that nestlings raised in very warm nest boxes grew less than nestlings from cooler nest boxes because they had to spend more energy keeping themselves cool. It is therefore important for nest boxes to be placed in the shade to avoid stressing young birds unnecessarily.

LSLBO’s banders have been seeing lots of young birds recently, as fledgling birds leave their nests and strike out into the world! Our MAPS (Monitoring Avian Productivity and Survivorship) program is ongoing and has banded many locally-breeding birds, including a Pine Siskin that was captured in breeding condition. Meanwhile fall migration monitoring began on July 12th and has so far banded 182 birds of 19 species.  Most have been young birds that still show some juvenile plumage, while many of their parents are busy moulting and growing fresh feathers for the long flight south that will begin soon! 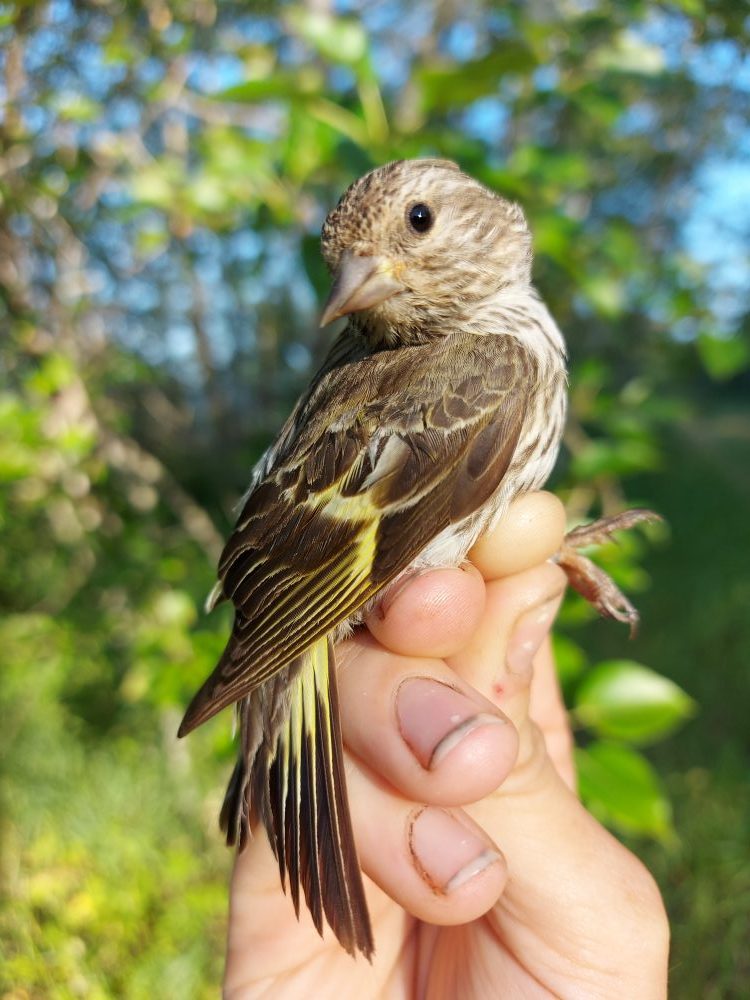 Above: This Pine Siskin is one of the locally-breeding birds that has been banded during LSLBO’s MAPS program.