It has been a surprising week for us out at the Lesser Slave Lake Bird Observatory. We are right at the end of spring migration and bird migration should be all but over, yet we are still seeing migration and consistently catching decent numbers of birds each morning. We have now banded around 770 birds which is nearing the average of 900. I doubt we will hit the average, but we are a lot closer than we thought we’d be last week. The majority of the migrants passing overhead have been American redstarts, magnolia warbler, Canada warbler and cedar waxwing. Cedar waxwing are really easy to ID as they migrate past because they make a high whistle and have a fairly distinct silhouette. The warblers, on-the-other-hand, present a challenge, which I personally enjoy. We are often asked at the observatory how we ID birds flying quickly overhead and I will do my best to explain. 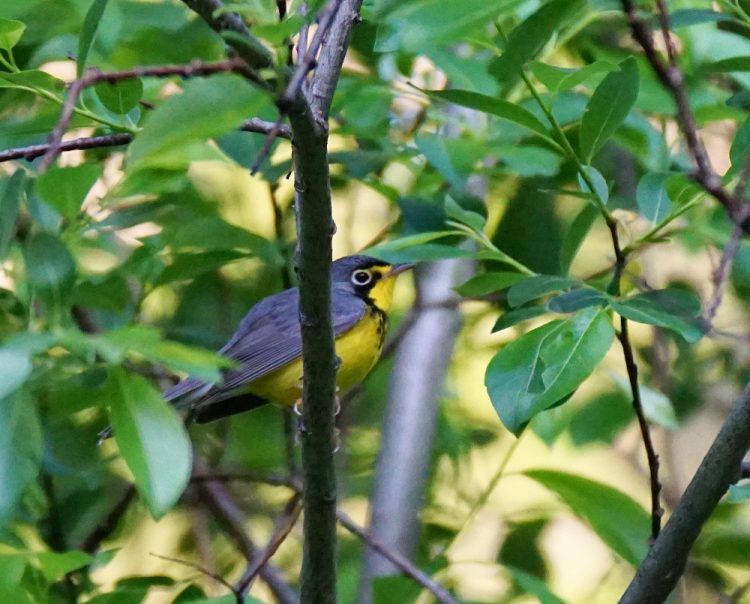 Warblers, sparrows, and flycatchers are all similar in size, but they fly differently. Warblers wag their tails a lot and tend to have pauses in their flaps – they almost fly butterfly-like. Sparrow are strong flyers and have very purposeful, direct flight. Flycatchers have straight, even flight, but they flap their wings very weakly and almost look like they are trembling as opposed to flapping. Sparrow and flycatcher are very hard to ID to species because there isn’t huge variety in their underside colourations, but warblers we stand a decent chance at. What we do when we are identifying warblers whizzing over us is look at three key areas: their tail-spot pattern, throat and undertail coverts. The undertail coverts are the feathers that cover the bird’s cloaca, essentially the feathers behind the legs that overlap with the underside of the bird’s tail. Any one of these areas by itself won’t tell you for sure which species you are looking at, but each warbler species does have a unique combination of colour and pattern in these areas. It gets very complicated when you are learning all the warblers in Alberta and it certainly takes a lot of practice to get good at picking out which combinations of characteristics the bird has when it is flying over. 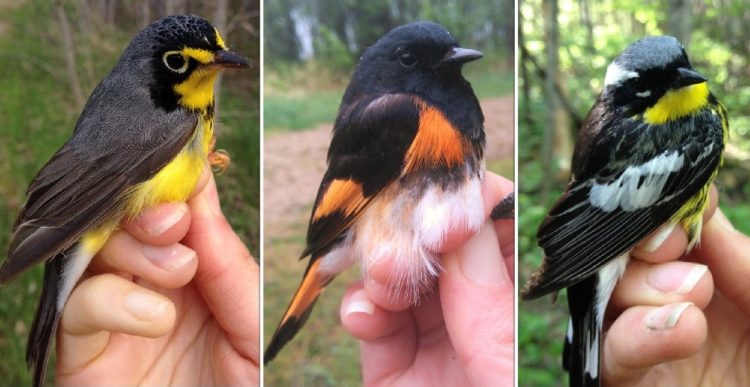 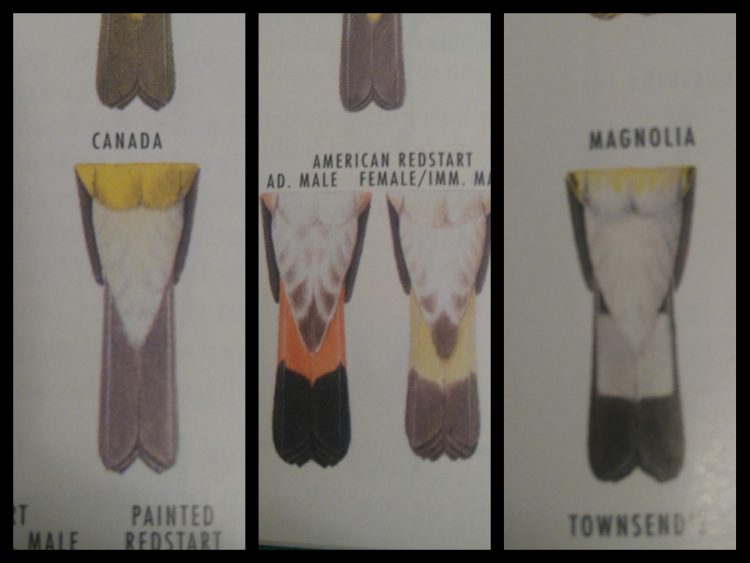