We just completed the second round of MAPS banding; although there are still four more rounds to go, there are already a few things that are starting to stand out about this year. Firstly, we have noticed that there seems to be higher than average numbers of mourning warbler and white-throated sparrow around. Secondly, there are fewer than average numbers of Canada warbler, ovenbird and Swainson’s thrush. Lastly, many species of bird like myrtle warbler and American robin appear to be starting on second broods.

The first two things can almost definitely be attributed to the effect forest tent caterpillar are having on the habitat. All of our MAPS sites were hit pretty hard by the caterpillars both last year and this year. The defoliation of the canopy has allowed plenty of sunlight to reach the forest floor causing the shrub cover to flourish. Both mourning warbler and white-throated sparrow like to breed in very dense, shrubby habitat. Both build nests either very near or directly on the ground and spend much of their time hopping around the forest floor or in the low branches of shrubs. If not for the fact that both species have very loud songs they would probably go completely unnoticed all summer. 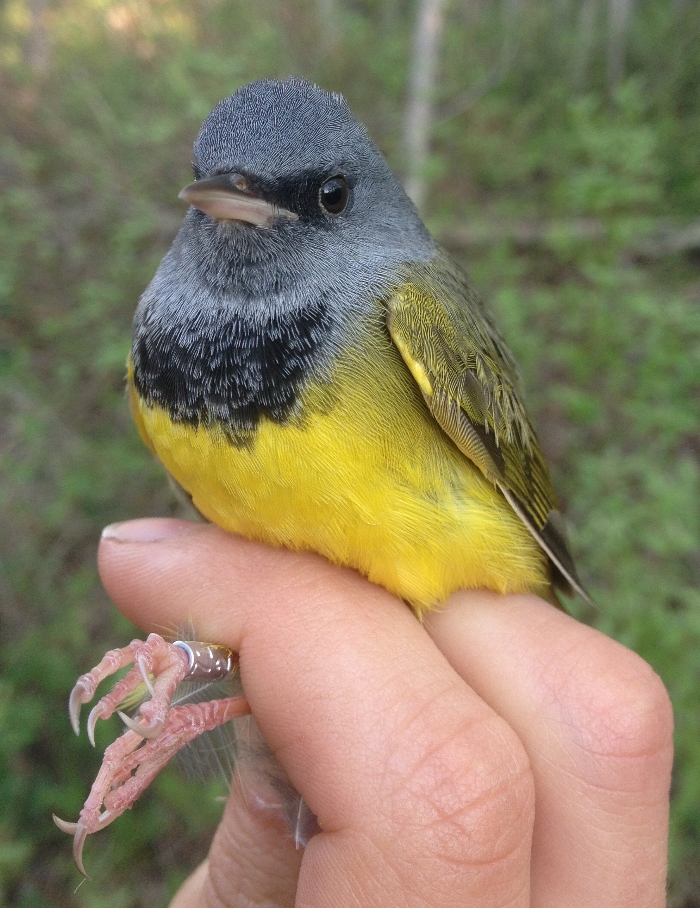 Canada warbler also only breed in areas with a thick understory – unfortunately they also require a thick, full canopy. We caught and saw an average number of Canada warbler during spring migration and it seemed like there was the normal amount of individuals singing around the lab, but now many of the males have left the area. We believe that the males tried setting up territories despite the lack of canopy cover, but only a few were successful in attracting a female willing to breed in our currently canopy-less forest. Lastly the Swainson’s thrush and the ovenbird are also ground dwelling birds, but they prefer habitat with heavy canopy, lots of leafy ground plants, and few shrubs. 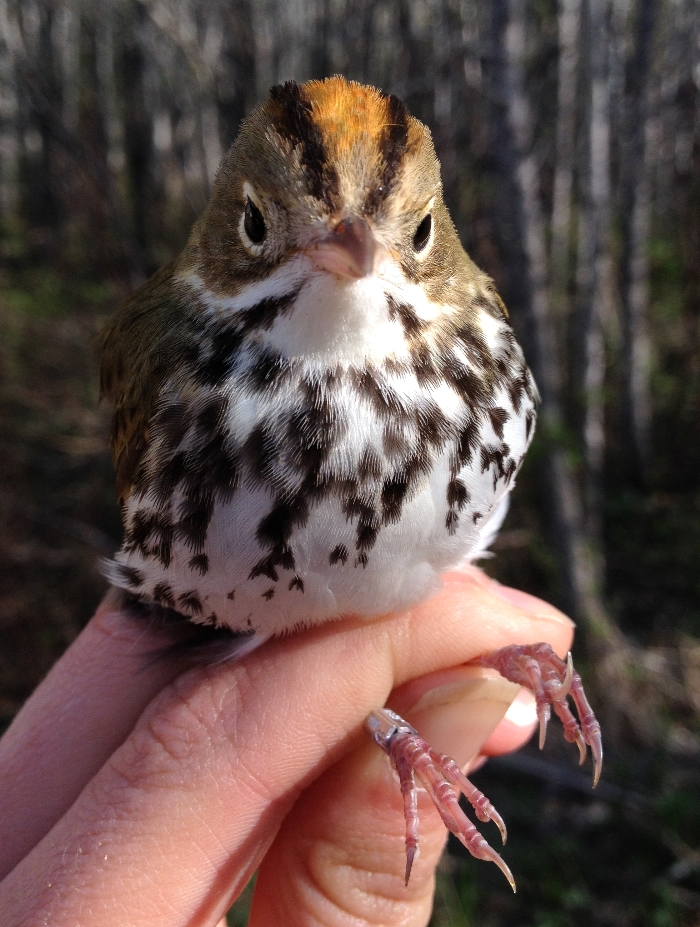 As for the second-nesters, this is very likely a result of the early spring we had. Many of the early migrants were able to start nesting a week or two earlier than normal and as a result they have the time to try and produce a second brood of young. If you are wondering how we can tell birds are working on a second nest, the answer is by looking at the females’ brood patches. When a female bird is sitting on eggs, she will lose all the feathers on her breast and belly and the area will get very swollen with fluid. This is called a brood patch and it is so that she can have direct skin contact with her eggs during incubation. Once the eggs hatch the fluid under the mother’s skin dries up and she starts to re-grow the feathers. Several female birds we have caught during this MAPS round, though, have brood patches that are re-filling with fluid signalling that they are about to start incubating again.