This was the last week of spring migration monitoring and overall it was a pretty good week. We caught and banded a few new species: downy woodpecker, Connecticut warbler and cedar waxwing; we had one last busy day with 53 birds captured; and we cleared the 800 mark for banded birds. Eight hundred is average for spring migration and considering it took us almost an entire month just to reach our first 100 banded we are pretty happy to have pulled our way up to par. By far the most common species we captured this week were mourning warbler and alder flycatcher. Alder flycatchers can be a bit of a pain in the nets; they have a flair for melodrama. They squeal, flap and grip the net with their tiny, sharp clawed toes. Despite their sassy attitude, it has been nice to have them around, they are one of our latest migrant species and if we didn’t have alder flycatchers to band we would have nothing but recaptured sparrows to keep us occupied. 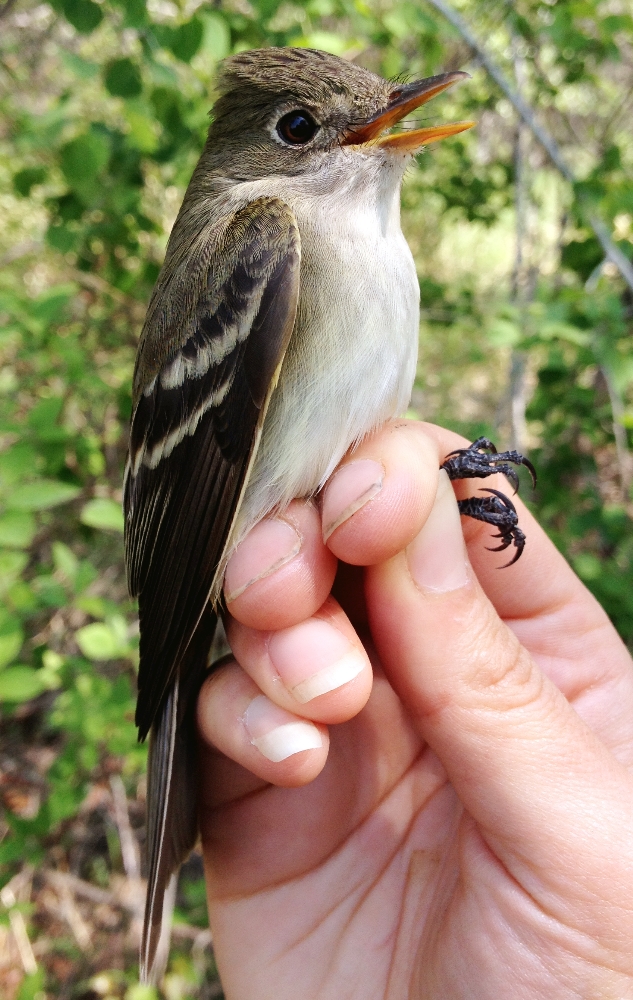 With the migration station shut down it is time to turn our focus to our summer projects. Every year we participate in MAPS (Monitoring Avian Productivity and Survivorship) and most years we also have some manner of research project on the go. MAPS is a long-running program created by the Institute for Bird Populations that hundreds of stations across Canada and the United States participate in. MAPS uses bird banding on the breeding grounds to assess the survivorship rates of adult birds (how many banded individuals return year after year) and the productivity of breeding birds (how many hatch-year birds are banded). This information is very important for conservation because it lets researchers narrow down the cause(s) of population decline in species that are doing poorly.

Our other summer project this year is searching for and trying to recapture the Canada warblers that were outfitted with geolocators last year. As you may or may not have read/recall, last year we had a Master’s student here from the University of Manitoba who put 40 geolocators on Canada warblers in the Park. The geolocators fit on the bird like a backpack and record the date and hours of sunlight. This small amount data is enough to determine the routes these birds took on their southward migration, where they took breaks and where they ultimately spent their winters. The only limiting factor to geolocators is that they need to be recovered in order for us to obtain that data. So that is this summer’s goal – find as many Canada warblers as we can wearing the geo-backpacks and catch them. This project is very important because Canada warblers are a threatened species; in the last 40 years their populations have gone down by 80% – and no one know why exactly. Researchers and conservationists are hoping that by determining key migration routes and wintering ranges, they can identify the cause(s) of population decline and protect critical habitat that Canada warblers need to survive. 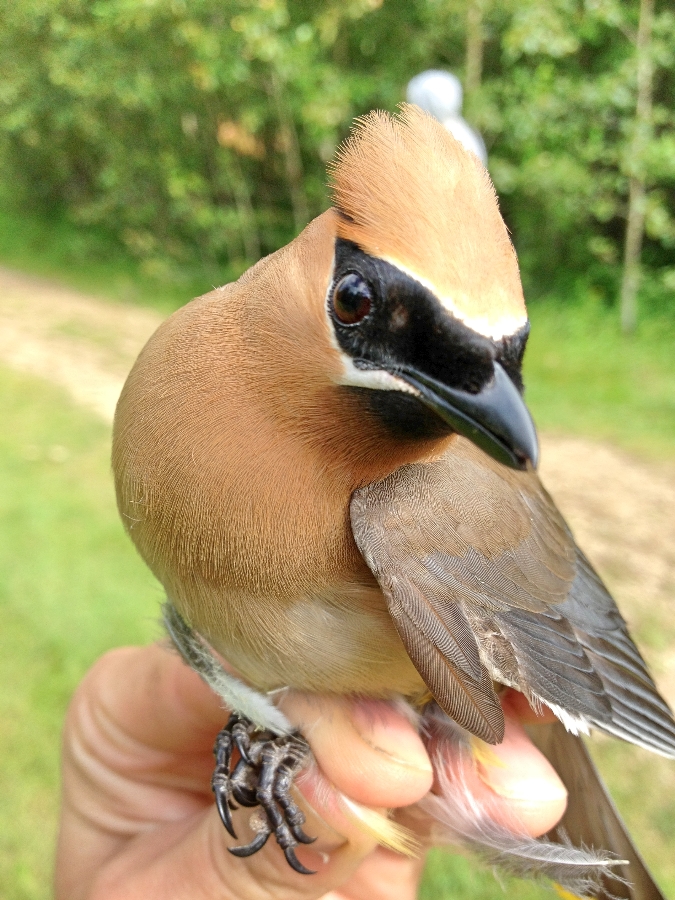