For most of the summer Richard and I have alternating days off because we are the ones with banding permits and one of us needs to be on-site whenever work is being done. Every so often, though, when the weather aligns and we get all our side-projects complete, we get a break between the third round of MAPS banding and the start of fall migration. This year is one of those years. We wrapped up Canada warbler geolocator recovery, finished fixing all the nets and got all of our MAPS sites for round three completed in 4 days leaving us 6 days to have a bit of a vacation before the busy fall season. So what do a pair of people who bird all day, every day do when they find themselves with time off? They go birding somewhere new of course. So here it is, this week’s installment of the LSLBO bird report coming not from Slave Lake but rather from my grandparent’s house (and surrounding area) in southern Saskatchewan. 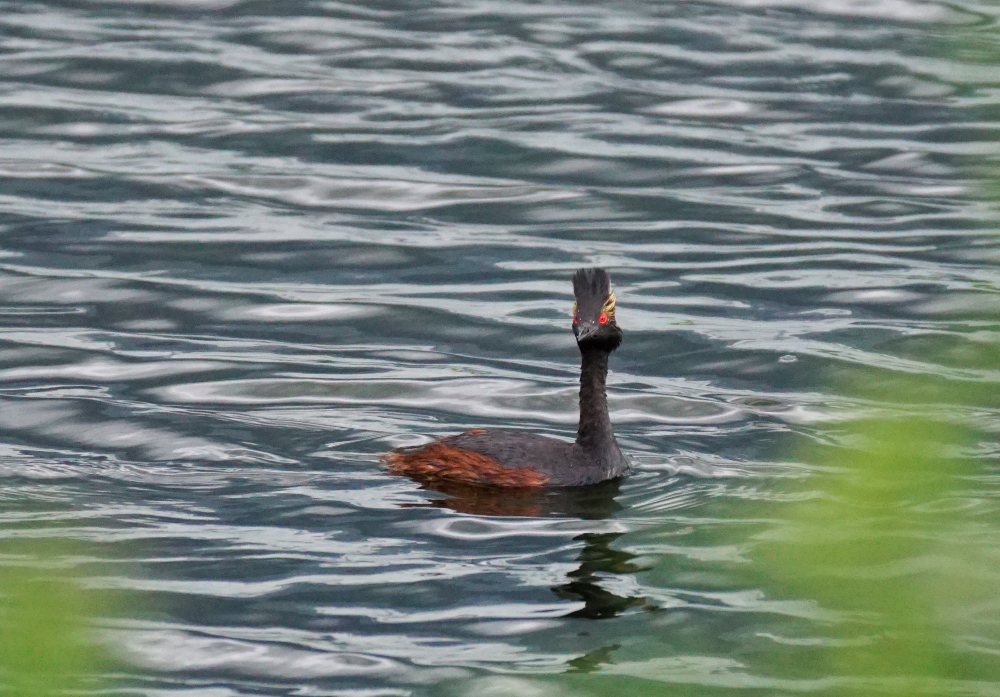 It has been many years since I was last able to visit my grandparents during the summer – not since before I started working for the LSLBO back in 2008 and before I was into birding. When most people think of southern Saskatchewan they think of flat, grass and more flat… But the corner where we are visiting is right along the edge of badlands country. The hills are high and rolling, the coulees are deep and sage dominates the landscape. It is also a habitat that is endangered. Many people don’t realize that the short-grass prairies of North America are one of the most endangered habitats in the world – with less than 5% remaining they are more at-risk then than the Amazon rainforest; because of this, many grassland birds species are threatened, endangered or even extirpated (extinct in a region they historically inhabited). It is habitat so starkly different from the boreal forest that naturally Richard and I were excited to find some intrinsic grassland birds. 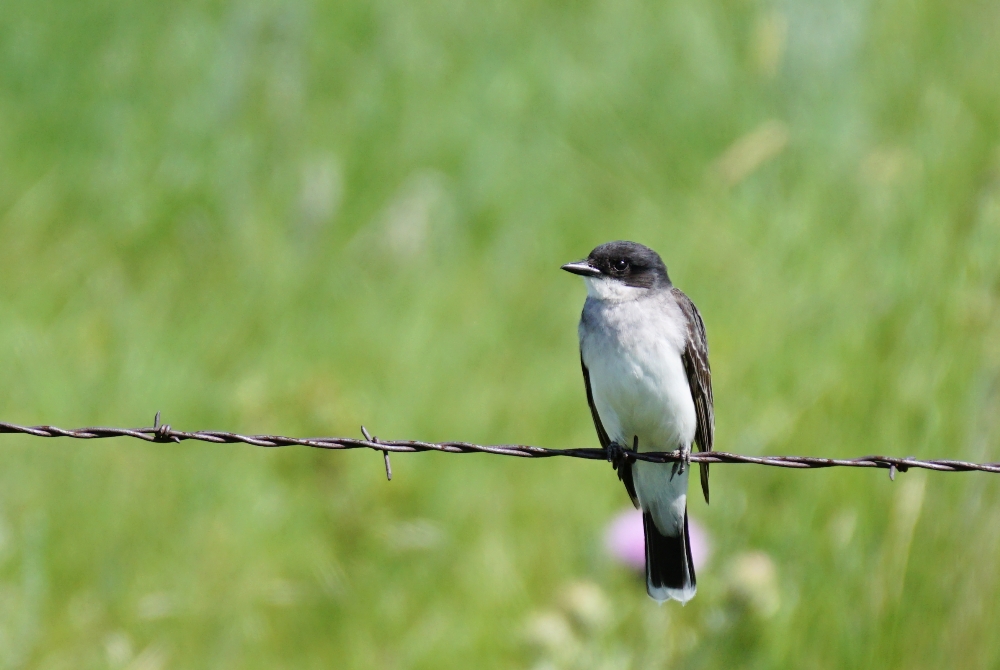 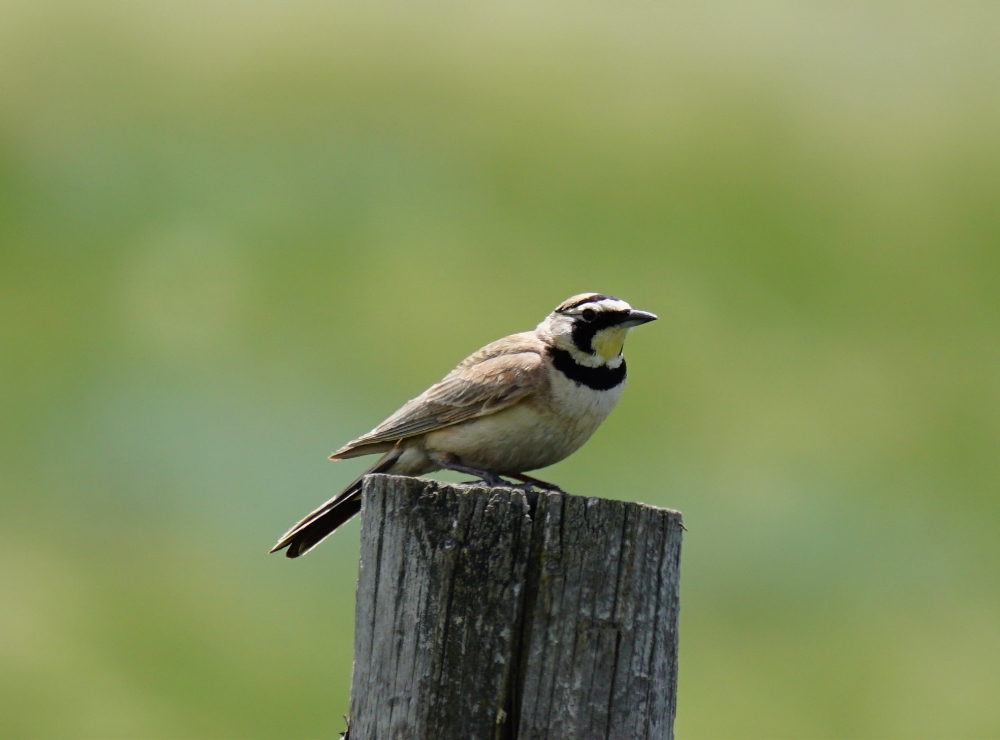 Horned Lark
Our first day while driving down we encountered our first threatened prairie specialist, a ferruginous hawk. We also saw lots of Swainon’s hawk and some mountain bluebirds. The next day we drove backroads and visited slews and came up with several grassland birds including yellow-headed blackbirds, western meadowlark, vesper sparrow, horned lark, lark bunting, brown thrasher, western and eastern kingbird and Wilson’s phalarope. Perhaps the most exciting birds of the day were a willet (a species I have never seen before) and a couple more threatened species – chestnut-collared longspur and loggerhead shrike. Our third day we went to hike the river hills of the South Saskatchewan – hills so steep and ragged they make Marten Mountain looks like a gentle stroll through the park. Here we found prairie falcon, turkey vulture, ring-necked pheasant, sharp-tailed grouse, gray catbird, lark sparrow, spotted towhee and two species that were completely new to both me and Richard – rock wren and violet-green swallow. 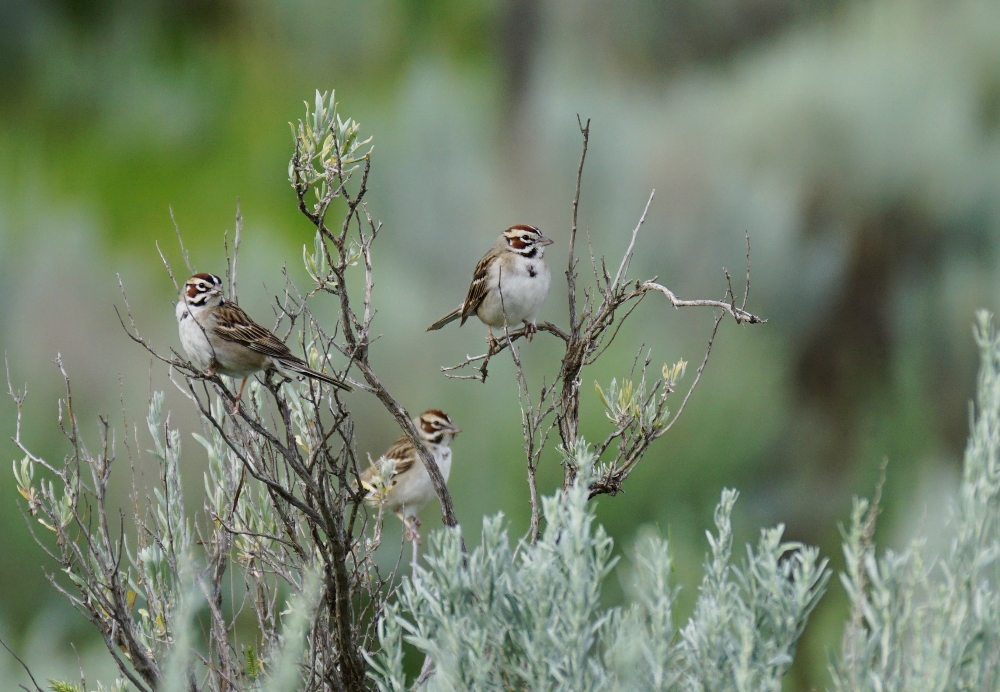 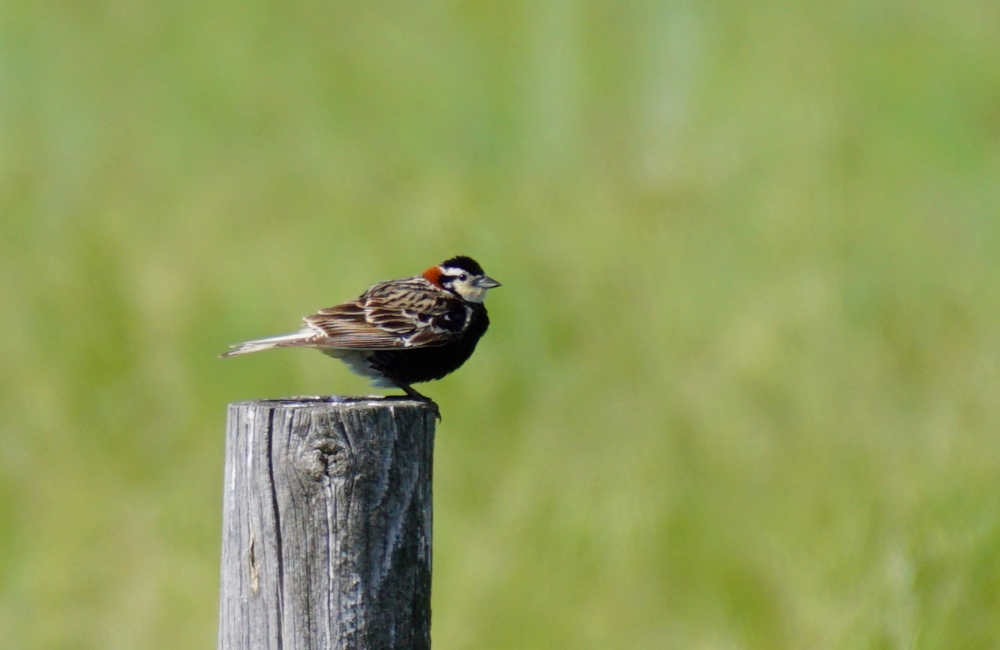 Chestnut-collared longspur
We have only a couple days left in the prairies and are still hunting for a few species like bobolink, yellow-breasted chat and the endangered Sprague’s pipit. I will let you know how we do next week when I will once again be reporting on local birds. 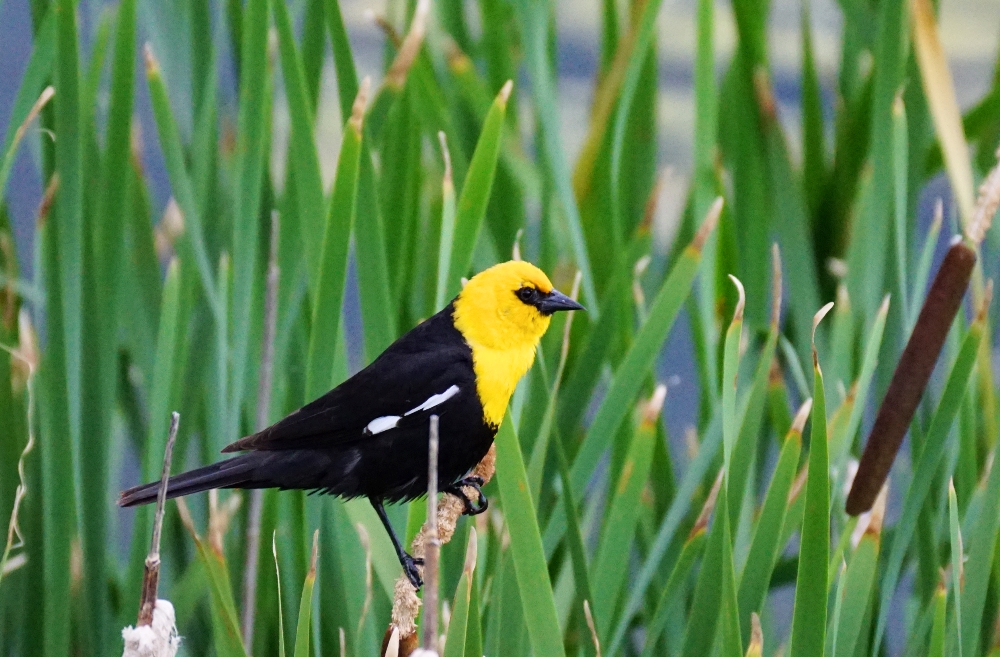