After that big storm, a lot of people may be wondering if, and how birds were affected. It is still a little early to tell, but it is likely that many in the area lost their nests. Aside from the obvious source of failed nesting – blow-down, the persistence of the rain was another source. Mid-June many bird species are either sitting in eggs or freshly hatched chicks. During short bouts of rain the mother bird can protect her eggs/chicks from the elements as she sits on them. However, during long bouts of rain the mother runs into the dilemma that she must eat to maintain her strength and warmth. Even leaving the nest for a few minutes in that kind of weather can spell disaster for eggs/hatchlings. 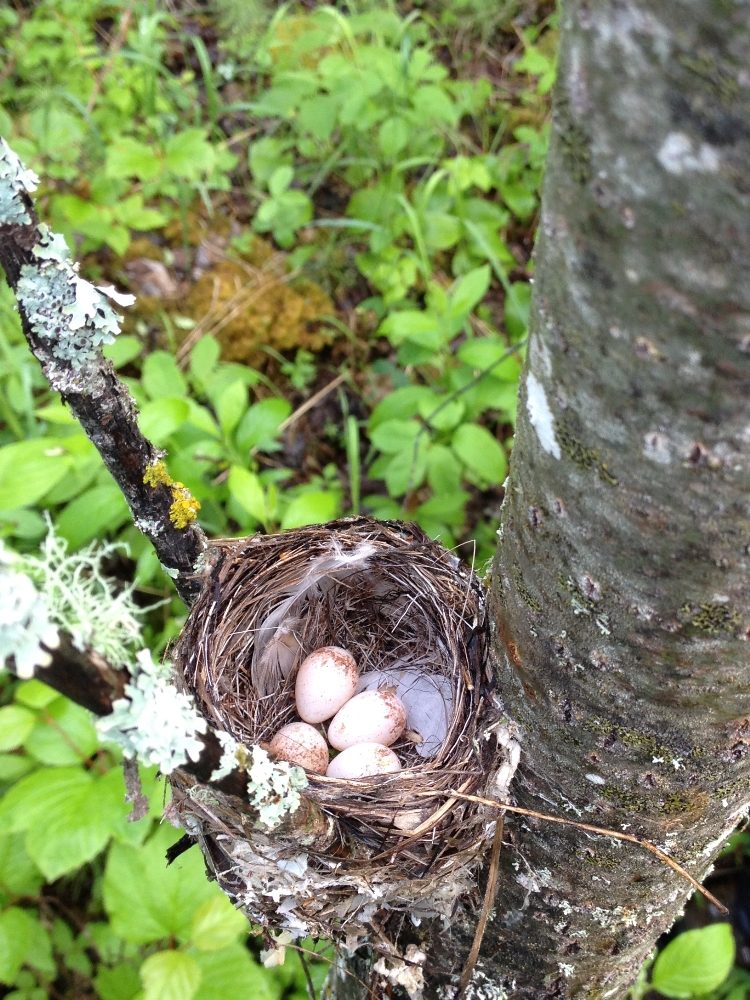 Fortunately we are still fairly early in the breeding season, so some species might be able to re-nest. During the last round of MAPS we have seen some evidence of this happening; we caught several female birds whose brood patches had started receding and yet we could see an egg in their oviduct. I will explain what I mean by that a little bit better for all of you who are not bird scientists.

Female birds develop a brood patch after they have finished laying their eggs. They will lose all the feathers on their breast and belly and then the skin will become swollen with fluid so that when they sit on those eggs they have skin to egg contact for incubation. Once the eggs hatch the fluid in the brood patch gets reabsorbed by the bird and their belly skin looks dry and wrinkled, with the beginning of new feathers emerging. Now, about the egg in the oviduct part. The oviduct is located just before the cloaca of a bird (the cloaca is a bird’s ‘exit’; birds only have one hole by which everything that leaves their bodies leaves by). Because birds lay large eggs in comparison to their size, and because their skin is so thin, it is very easy to see an egg that is ready to be laid resting right above the cloaca. 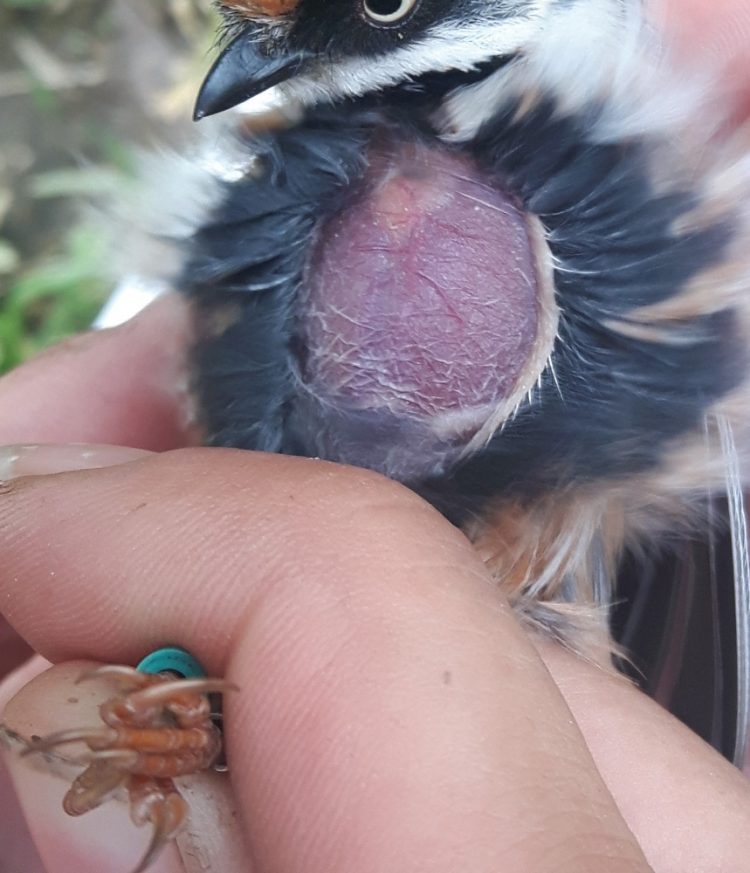 So back to my earlier point; we have seen a few birds whose dry, shrivelled brood patches should indicate that their chicks are hatched and yet these birds are actively laying. Presumably this is because they lost their nest in the storm and are working to ty again. It makes sense that birds would do their best to try again, they did, after all, fly many thousands of kilometers for their one shot of the year at reproducing. It makes sense, but re-nesting is also a tremendous gamble for birds. They are biologically driven to do everything in their power to produce young, but having chicks later in the season delays theirs, and any produced chicks’, migration. In the fall, young birds leave as soon as they are strong enough, and then adult birds leave a week or two after since they need to moult and rebuild their fat reserves after the work of rearing young. That is why they breed as early as they can, they want to be sure they are out of here before the weather turns. Hopefully we have a nice long fall so all the re-nesters out there are successful this year.