It hasn’t been a very eventful week this past week. We finished the third round of MAPS banding during the only couple days it wasn’t raining, we did all our net repair and we got caught up on some office work.

Out at MAPS we have just started seeing juvenile birds fledging. We have seen the chicks of some early nesting species like black-capped chickadee, hermit thrush, ovenbird and winter wren. I imagine by the next round most other species will have chicks out as well, at least the birds whose first nests were not destroyed in the storm. For the birds that had to attempt a re-nest, their chicks probably won’t be hatching until a couple weeks after this first batch.

On top of seeing more birds with signs of re-nesting, this round of MAPS seemed to show a lot of birds re-shuffling their territories. Generally in the bulk of the adult birds get caught in the first couple rounds, and so most adult birds are recaptures in the later rounds. This round, there were still lots of unbanded birds around, and even some of species that had not been within the site previously. This is not altogether surprising, if a birds fails its first nesting attempt it will often find a different location to try again. 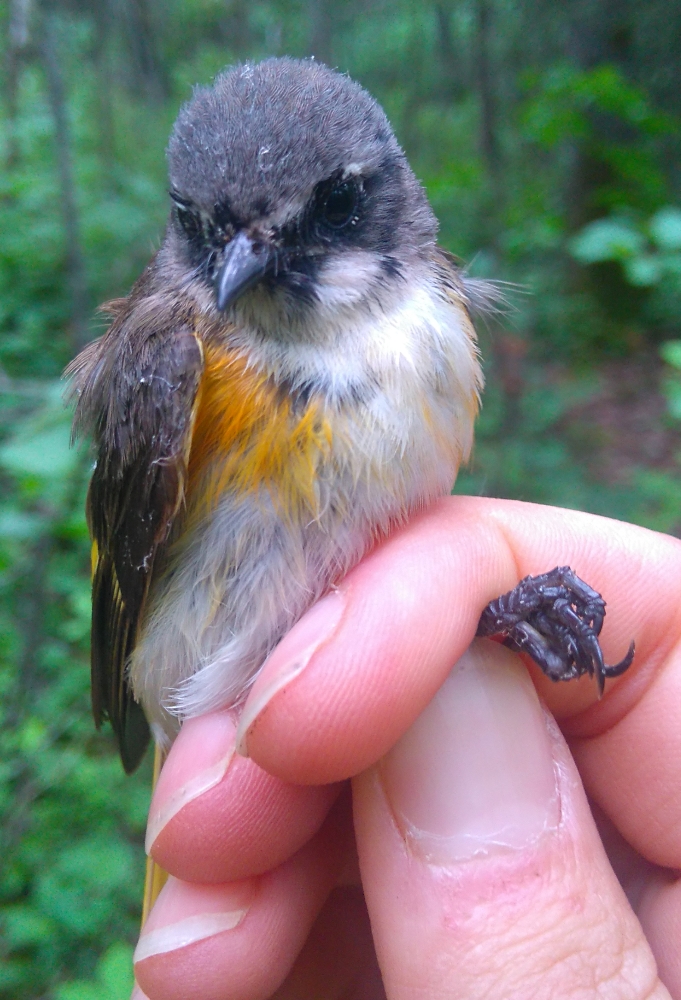 Our other big project this week was net repair. People often ask us how we catch birds and the answer is with very large nets. We use specialized panel nets called mist nets. The nets are all 12 meters long and about two and a half meters tall. We string them through the forest, check them every half hour and then whatever birds happen to get caught in them we band. We have 14 of these nets that we use during migration monitoring, and then we have two sets of 10 that are used for the MAPS sites. So a total of 34 nets. Or around 1020 square meters of net. Or a quarter of an acre worth of net. Not all of our nets are ever set at the same time, at most we will run the 14 migration nets simultaneous with one MAPS site with 10 nets.

Every year, though, all 34 nets need to be gone through. Fixable nets get fixed and totally trashed nets get replaced. Nets are quite expensive though, and a bit of a hassle to order since we need to supply the company with our federal banding permits, so a net needs to be very, very trashed for us to deem it out of commission. More of often than not we just sew up all the holes in the mesh; and there are often a lot of holes as the nets are made of very fine thread and are set up in the forest where wildlife and branches hit them all the time. It is a time consuming chore, but honestly there is something zen about slowly waling back and forth finding holes and making them better. 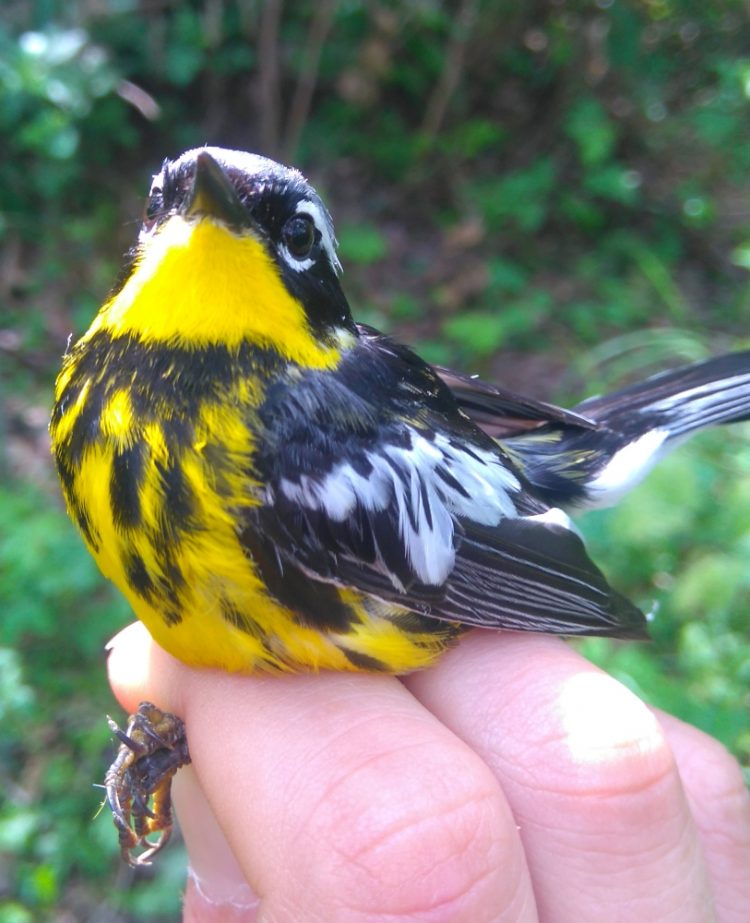