Not a very eventful week this week. We finished off some counts and surveys and completed the third round of MAPS. Despite being in a lull right now, we know it is the calm before the storm. In less than a week we will be starting up fall migration monitoring and then we will have to juggle getting the last three rounds of MAPS done while also operating the observatory every day. Not only are we going to be operating two programs simultaneously, it is also the busiest period for bird banding as this year’s chicks will all be learning to fly. On the note of young birds, I’m dedicating this article to a couple things you can do to help young birds. 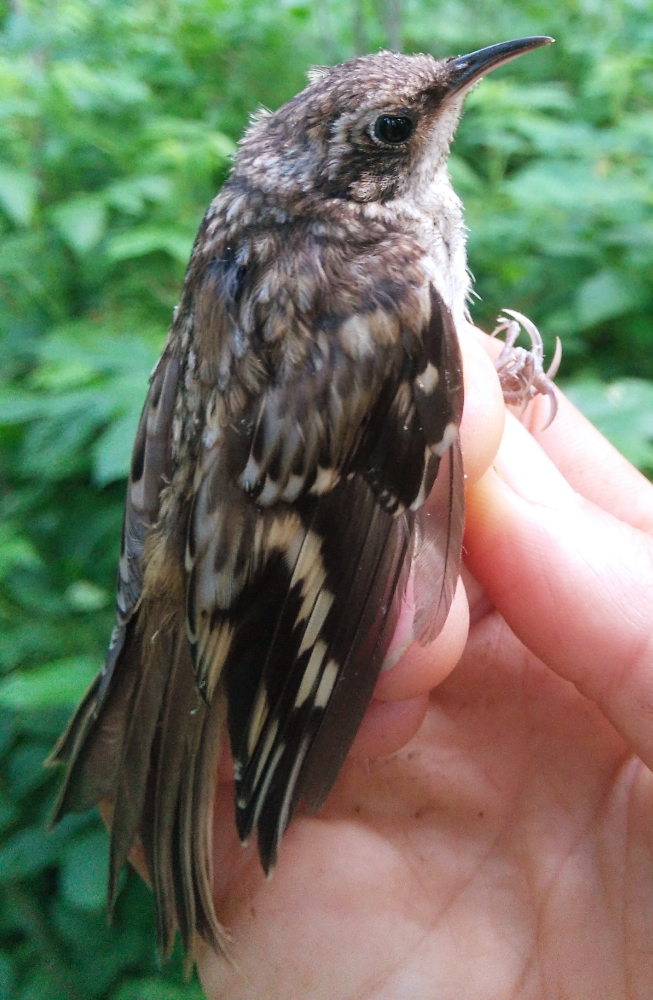 Firstly, don’t physically help baby birds… That sounds strange after the previous sentence, but bear with me. Young birds leave their nests as soon as they are able, but able doesn’t necessarily mean capable of flight. Nests are small so they are hard to find and as the chicks grow the nest quickly becomes cramped, dirty and an easy target for predators. Hatchling birds instinctually move away from the nest when they are strong enough to climb on vegetation (which for many species of songbird is at 7-10 days of age). They scatter themselves in the vicinity so that if a predator finds one of them, it is unlikely to find all of them.

Both adult birds remain dedicated parents – they did after-all fly 4000+ kilometers just so they could raise a single brood. They will individually seek-out and feed each of the youngsters until they are strong enough to fly off. This brings me to my opener. Thousands of well-intentioned people ‘rescue’ baby birds every year. They see a young bird unable to fly, assume it is abandoned then catch it and bring it to a rehabilitation centre. Young birds need their parents. Their food demands are high and specific and most ‘rescued’ baby birds die within days. If you see young birds leave them alone unless they are in direct danger, such as being in a yard frequented by a free-roaming cat. In that case you can gently pick them up and move them higher into the vegetation or to another nearby location. The youngster will call to its parents and they will find it; your scent won’t deter them and they will continue to care for the chick. The only time it is okay to try and rescue baby birds is if you are completely certain that both parents are dead (such as seeing them get killed by a cat). 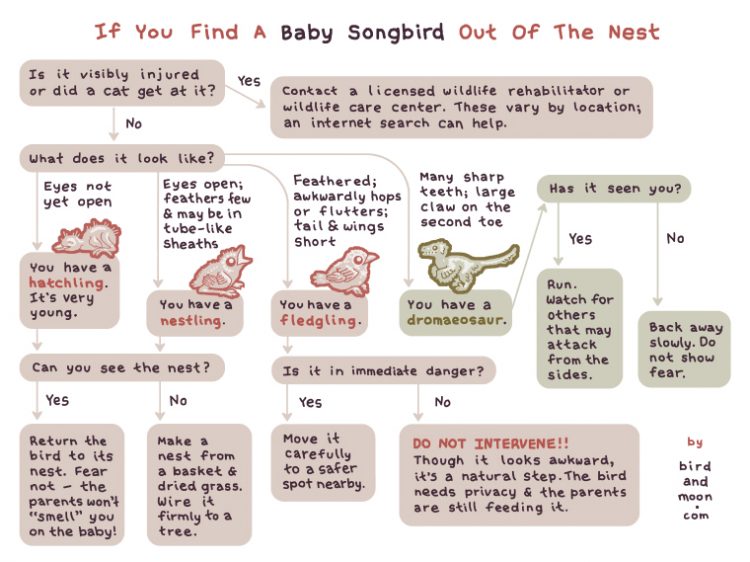 That brings me to the second and more significant thing you can do to help young and older birds alike. Keep your cats indoors or supervise their outside time. Cats are the top human-caused source of bird mortality in North America. They kill over 200 million birds every year and ground-feeding birds and fledglings are most at risk. Cats are not native to North America so our bird species are not equipped to deal with them. Not only are cats amazing hunters, but they are able to exist in numbers that far-exceed what is natural for a predatory species because we feed, care for and house them. Birds are in trouble. North America has 1 billion fewer birds than it had 40 years ago and population continue to decline. Around a third of our species listed as vulnerable or worse. Every little bit counts and every single person CAN make a difference. 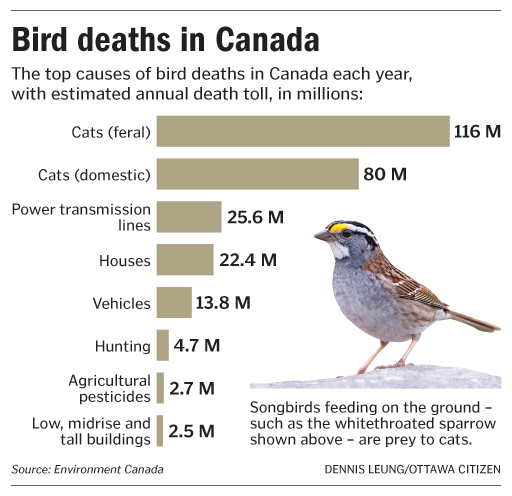