Spring migration monitoring is over for the year; we rolled the nets for the last time and packed them away where they will stay until we start fall migration monitoring on July 12. Our last week of monitoring was consistent with the rest of the season – fairly slow. We ended spring with 650 birds banded making it the third slowest season for banding in our 22 year history. Despite low capture rates, we did get a decent diversity of birds. Forty eight species were banded which is well above the average of 44 and the fourth highest spring to-date. We attribute the lower-than-average banding totals to the weather we had this year. It was simply too hot and windy during the days and then perfectly calm and cool every night. The weather is likely also to blame for our low observation rates. We saw noticeably fewer birds actively migrating overhead this year, which is a shame, since watching songbirds move over in the hundreds (and often thousands) is easily my favourite aspect of monitoring. 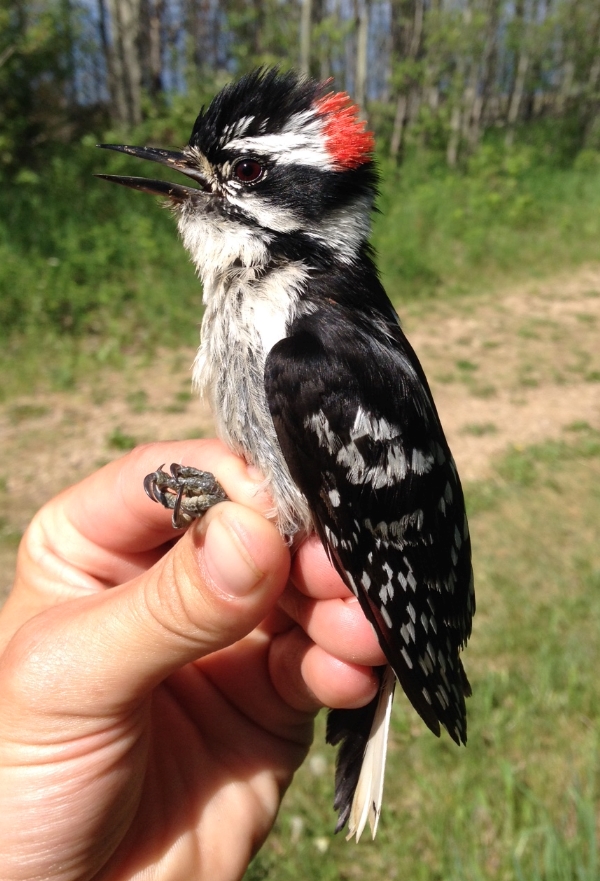 With spring migration in the bag, we are switching gears to MAPS and helping out with more geolocator work on Canada warblers. MAPS (Monitoring Avian Productivity and Survivorship) has been one of our core monitoring programs since the LSLBO was originally established. This program focuses on banding birds deeper in the forest during their breeding cycle. The date we collect helps determine the overwinter survival rates of birds (based on how many adults return to the area) and the breeding success (how many young birds are fledged). This information is very important for conservation. In cases where bird populations are going down, it is important for researchers to know if the problem is on the breeding grounds or on the bird’s migration route or wintering grounds. Only once the cause(s) of population decline has been identified can conservation plans be created and implemented.

Our ‘bonus’ project this year is collaborating with the University of Manitoba to recover and deploy geolocators on Canada warblers. If you recall from my articles last summer, we outfitted 40 Canada warblers in 2014 with geolocators. This year we will deploy another 40. A geolocator is a small device that records hours of sunlight while keeping track of the date and time. Because the hours of daylight change from north to south, this sunlight data in conjunction with the date and time can essentially map the bird’s route south while determining how fast it migrates, where important stop-over sites are, how long it spends at these sites as well as where it ultimately ends up spending the winter. The downside to geolocators is that the bird needs to be recaptured and the geolocator removed so the data can be downloaded. So far we have found 4 of the birds we deployed on last year. These four birds represent ground-breaking science. The data on those locators will provide the very first look at the migration and wintering habits of the Canada warbler, a threatened species in desperate need of conservation on its summering and wintering grounds. 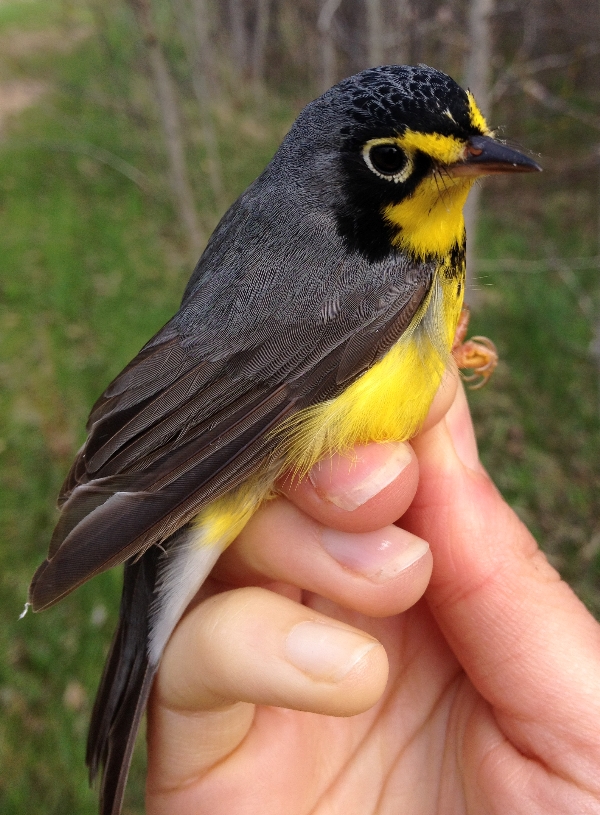