Spring migration is over and summer is upon us! We finished off spring migration June 10 with 813 birds banded of 47 species. This is below the average, but not by as much as we feared after the very slow start we had. White-throated sparrow were the top banded species followed by Swainson’s thrush and slate-coloured junco. The last couple days of migration monitoring were as we expected them to be. Very little was migrating and most of the birds we captured were already banded birds that are breeding in the area. One very delightful unbanded bird was caught, though, and it remained unbanded. A female ruby-throated hummingbird found its way into one of our nets but because we need special permits to band hummingbirds that we do not have, she was promptly released. 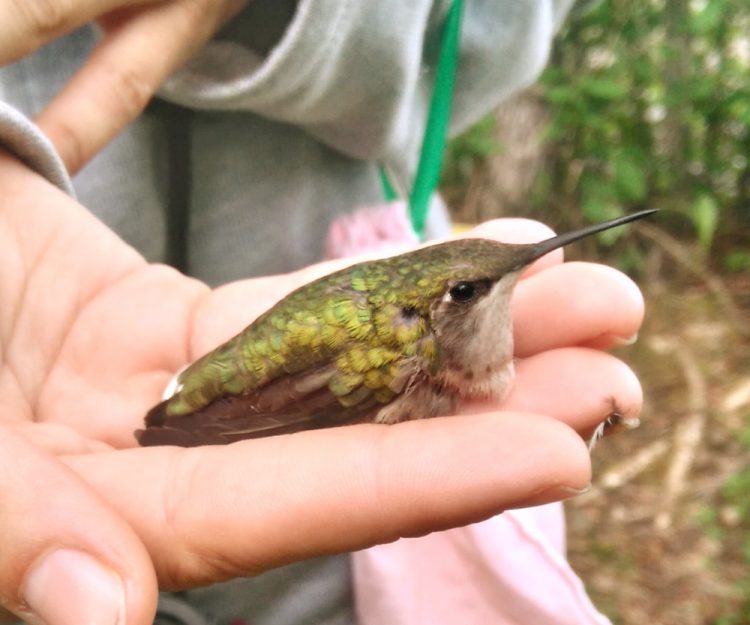 Switching gears from spring migration we get into MAPS, our summer breeding monitoring program. MAPS stands for Monitoring Avian Productivity and Survivorship and it is a continent-wide effort to conserve birds and their habitats through demographic monitoring. The program is headed by the Institute for Bird Populations in California and since it began in 1989, more than 1,200 MAPS stations in nearly every state and province have collected more than 2 million bird capture records. All the data collected at MAPS stations is used to determine how productive birds are on the breeding grounds, and how many adult individuals are returning to the same areas year-after-year. These basic vital stats tell researchers a lot about the health of a bird population and which key habitats are needed for species to be both productive and have high survivorship rates.

MAPS data is obtained almost exclusively through banding, but because birds are breeding the banding schedule must be less intensive than it is during migration. There is a fine line between visiting a site too often and not visiting it often enough; birds that are incubating eggs or feeding chicks can’t be caught every single day or their young would suffer, but young birds grow quickly and we don’t want to miss their fledging-period entirely. The standard protocol is to operate 10 mist nets once every ten days for a total of six times during the breeding season. The LSLBO runs four MAPS stations and have been doing so almost continuously since 1994. We start the day after spring migration ends and then do MAPS four days out of every ten until the beginning of August. 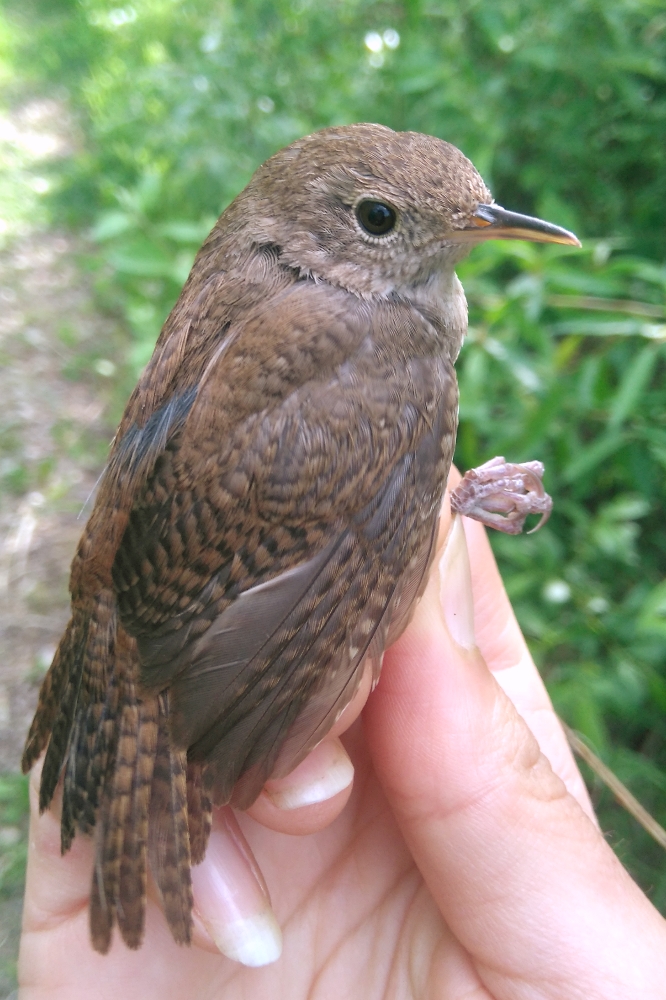 After completing our first round of MAPS this week we also started on some point counts in the Provincial Park. Every year we come up with a project to occupy those six out of ten days that we aren’t running a MAPS station. Back in 2010 we did surveys throughout the Park to determine the distribution and abundances of Canada warbler (a threatened species) in our area. This year we are going back to all the same points and surveying again to see if there have been changes to the population. 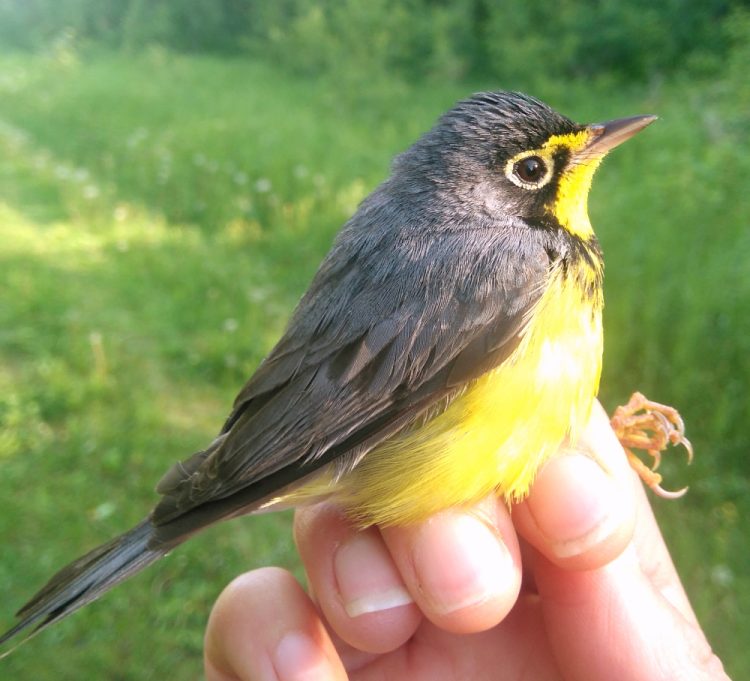