It is hard to imagine that this summer sprung up from the spring we had; nothing but hot and dry all spring and now nothing but rain. Although the rain is much needed for the vegetation health and lake level, it is definitely hampering our first round of MAPS banding. We operate four sites and each site needs to be visited a total of 6 days. The 6 days are broken up, though, to reduce the stress on the birds during their sensitive breeding periods. We break up MAPS banding into ten day intervals, each of the 4 sites is visited once per ten days until they have received 6 days of coverage. Our first round of MAPS started the day after we closed spring migration and it took us two days to get the first site done on account of being rained out. Thankfully we were able to run the next two sites on the same day because now we have been trying for three days to get the last site completed. If we run out of days in this ten day interval we will have to just scrap the last site for this round and it will only receive 5 days of monitoring as opposed to 6, which is not ideal.

The banding we have been able to do at MAPS has been pretty good. Our first site (Far-and-away) caught over a dozen birds – mostly mourning warbler and white-throated sparrow but also a few yellow warbler, American redstart and Canada warbler. The next two sites were Roadside and Fern-gully and although Roadside did poorly (which it always does) Fern-gully caught a fair number of birds from a decent diversity. Perhaps the cutest capture of MAPS so-far (it will likely be the cutest of the summer) was a baby ruffed grouse. Although common birds, ruffed grouse rarely get caught in our nets since they walk everywhere rather than fly. The chicks, however, have a hair-trigger flushing instinct; when a predator (or something they think is a predator) walks too close to the troupe of nestlings they all flush in random directions while the mother grouse hisses, and attacks the threat. In Fern-gully we stumbled upon a family of grouse and in the resulting baby-grouse explosion one little gaffer got itself caught in a net. We don’t have permits to band grouse so it was extracted and after snapping a quick picture, returned to its mother who was whining 5 feet away. 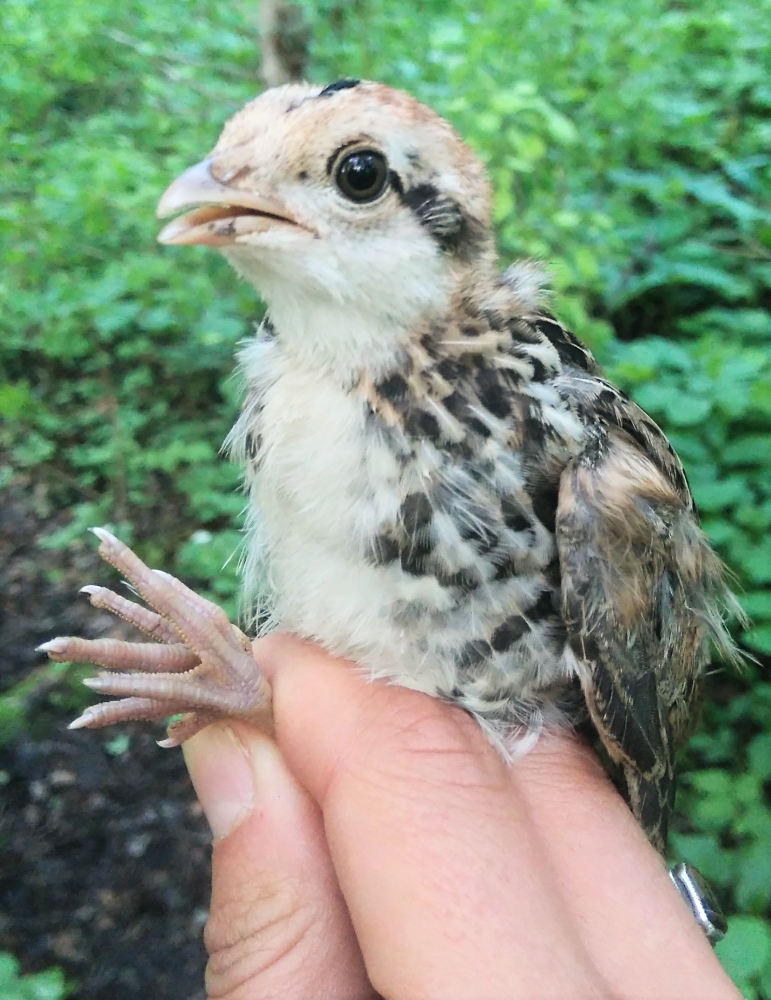 Luckily we are still able to search for Canada warblers in the rain. On all the days we haven’t been able to do MAPS banding we have been out looking for our geolocator Canada warblers that I mentioned last week. So far we have found and captured 8 colour-banded birds, and recovered 7 geolocators – unfortunately one of the birds lost his geolocator. Considering last year we only recovered 4 geos we are really happy with how things are going 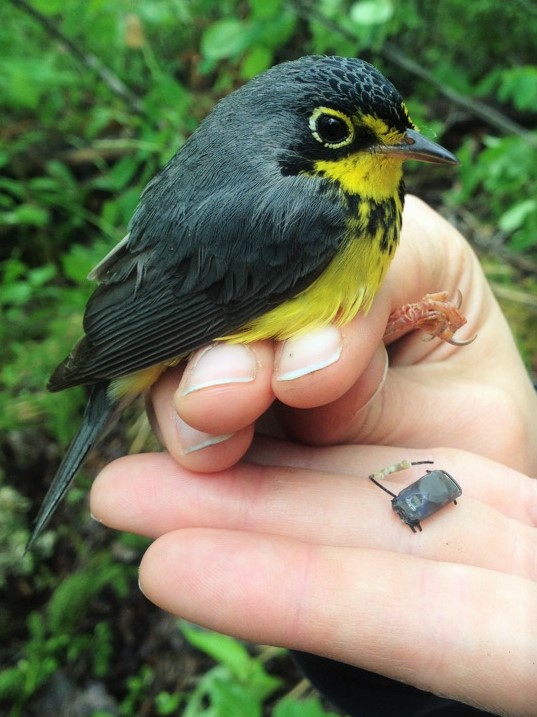